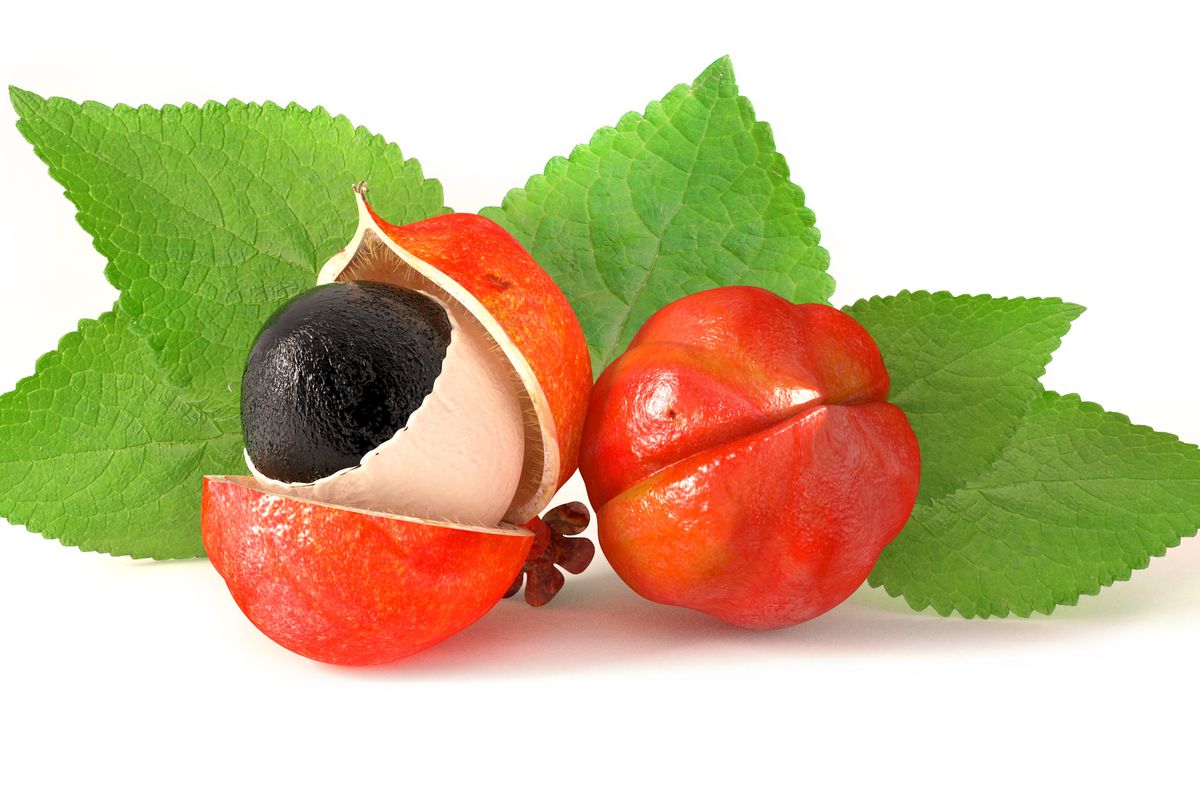 Discovering guarana, a widespread plant in Latin America, and its berries, rich in beneficial properties.

Evergreen and climbing plant native to the Amazon rainforest, guarana, also known by the scientific name Paullinia cupana , is widespread in Latin America , where it is considered as a long-lived elixir. This shrub produces a type of fruit, a sort of berry , which responds to the name of drupe , with a thin skin and a bright red color, fleshy pulp and a central, black and woody seed. And it is precisely the fruits that, properly treated, can bring different beneficial effects.

The properties of guarana berries

Much of the beneficial properties of guarana are due to one of the substances contained in it. Let’s talk about guaranine , practically a twin of caffeine.

Guaranin acts by releasing two hormones, adrenaline and noradrenaline . These substances exert an action on the nervous system , helping to fight depression and promoting concentration. It is in fact recommended in case of mental fatigue because, by acting on the metabolism and other factors, the quantity of oxygen circulating in the blood increases.

In addition, as well as foods and drinks containing caffeine, it helps to perform better during sports activities. It reduces fatigue and is our great ally at the end of activities that have put a strain on our body.

Finally, it promotes the drainage of fluids , obtaining slimming effects and against diarrhea. It is also suspected of having effects against pain caused by the menstrual cycle.

Uses and contraindications of guarana

Guarana is taken orally . This fruit is well known in Latin America, where the preparation can vary according to the country.

The fruit is usually left to dry in the sun and is then shredded , in order to obtain a sort of reddish-colored paste-powder . The pasta will in turn be left to dry. However, in some countries, such as Venezuela, before the last drying it is mixed with cassava flour and left to ferment.

The paste is subsequently used to prepare the classic guarana herbal tea or for syrups, capsules , extracts or energy drinks.

Guarana must be consumed in moderate quantities and for no longer than three months, otherwise there is a risk of obtaining some side effects . In particular, it is to be avoided in case of pregnancy, breastfeeding and in case of specific diseases or taking neuro stimulant drugs. For this reason, it is always good to seek medical attention before you start consuming it.