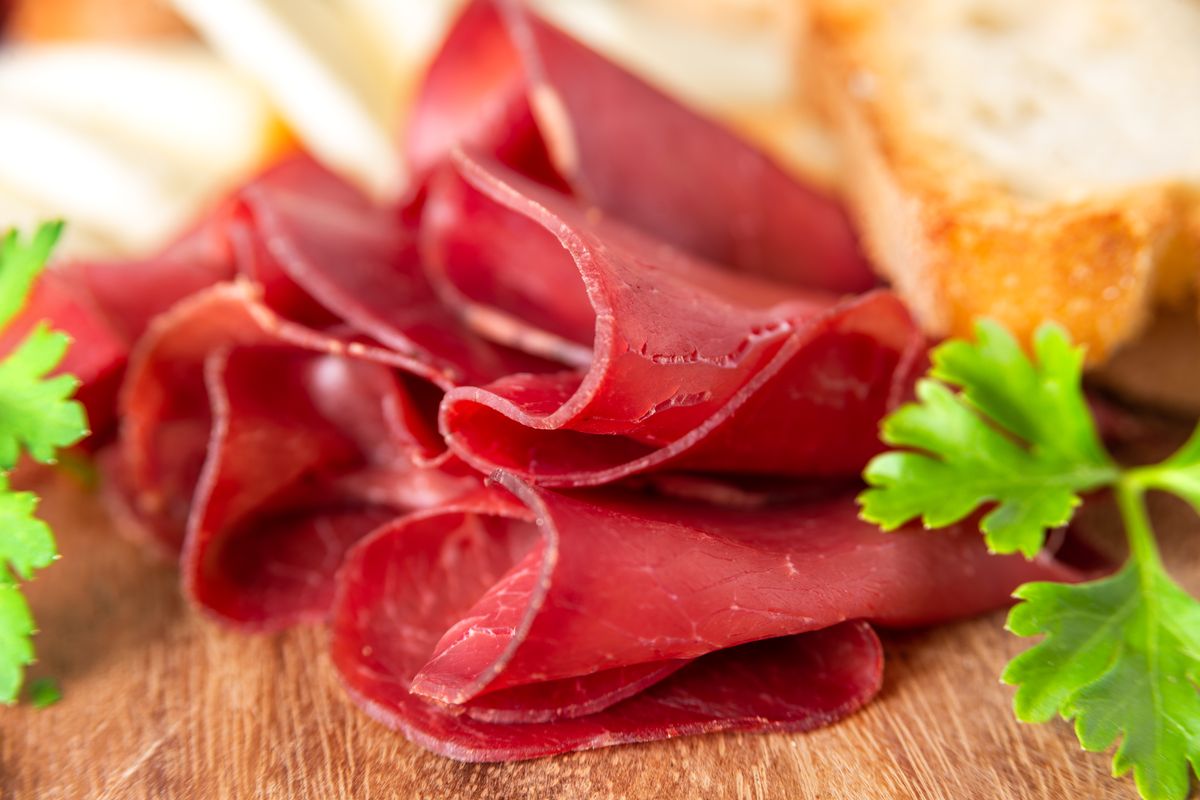 There are different types, depending on the meat used, but it is always very good: we are talking about bresaola.

Bresaola is a very particular salami, appreciated for its characteristics that make it unique. Unlike other cold cuts such as ham, salami and mortadella, it is in fact a low-fat and high-protein product. For this reason it is a recommended food for those on a diet, or for those who need a high protein intake – athletes in the first place. But not everyone really knows bresaola: here is what you need to know about this precious food to bring to our tables.

Let’s start by saying that there are various types of bresaola , depending on the meat that is used: it can be produced from horse meat, beef, deer or pork. Very famous is the bresaola della Valtellina, which uses beef (among the breeds used, there is also zebu , from South America).

As mentioned above, this salami has very particular characteristics. The calories of the bresaola are rather low: in a portion of 100 grams there are only 150 kcal. It has just 2% fat (therefore with a low cholesterol content which makes it atypical in sausages).

Bresaola is very rich in proteins, 32 grams , of animal origin, every 100 grams : in fact it is considered one of the richest foods in this sense.

This food also has large quantities of mineral salts – sodium, potassium, phosphorus in primis – and vitamins, especially those of group B , important for the correct bone development and for the strengthening of the immune system.

Can bresaola be eaten during pregnancy?

Does bresaola hurt in pregnancy? This is a question that many future mothers ask themselves, since there are indications of all kinds on the web. In general, there are no particular contraindications to the consumption of bresaola , except for the fact that, like all cured meats, it is very rich in sodium.

It is therefore important to pay attention to pressure , especially during the third trimester of pregnancy, when the so-called pregnancy hypertension can arise. Another contraindication is toxoplasmosis: women who have never contracted it should avoid raw meat and consequently also bresaola.

Bresaola diet: what it is

There is also the bresaola diet, which allows you to lose even a bounty in two weeks . As we said earlier, this sliced ​​meat is light in terms of calories and has a high content of proteins, which are valuable allies in a low-calorie diet .

In this sense, just combine the bresaola with the right foods. In particular, it is good to avoid further proteins and to favor vegetables , to fill up on fiber.

Bresaola: recipes and what to accompany it

There are those who eat it like a normal cold cut, inside a sandwich. And who instead is faithful to the classic recipe that includes lemon, rocket and parmesan flakes. Did you know that these ingredients do not perfectly match with bresaola?

For a dish that enhances the flavor of this salami, you should avoid lemon altogether , or at least not squeeze it over the slices of bresaola, otherwise you risk “cooking” the meat. Rocket , with a very strong taste, should be used in minimal quantities.

But you can try bresaola with many other foods: for example with fruit , especially with the exotic one. Or with cheeses , to create truly spatial combinations. The only precaution is to never cook it : it loses its flavor and risks becoming hard.

A recipe to try is the salad with bresaola and peaches . 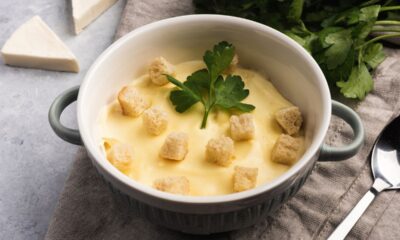