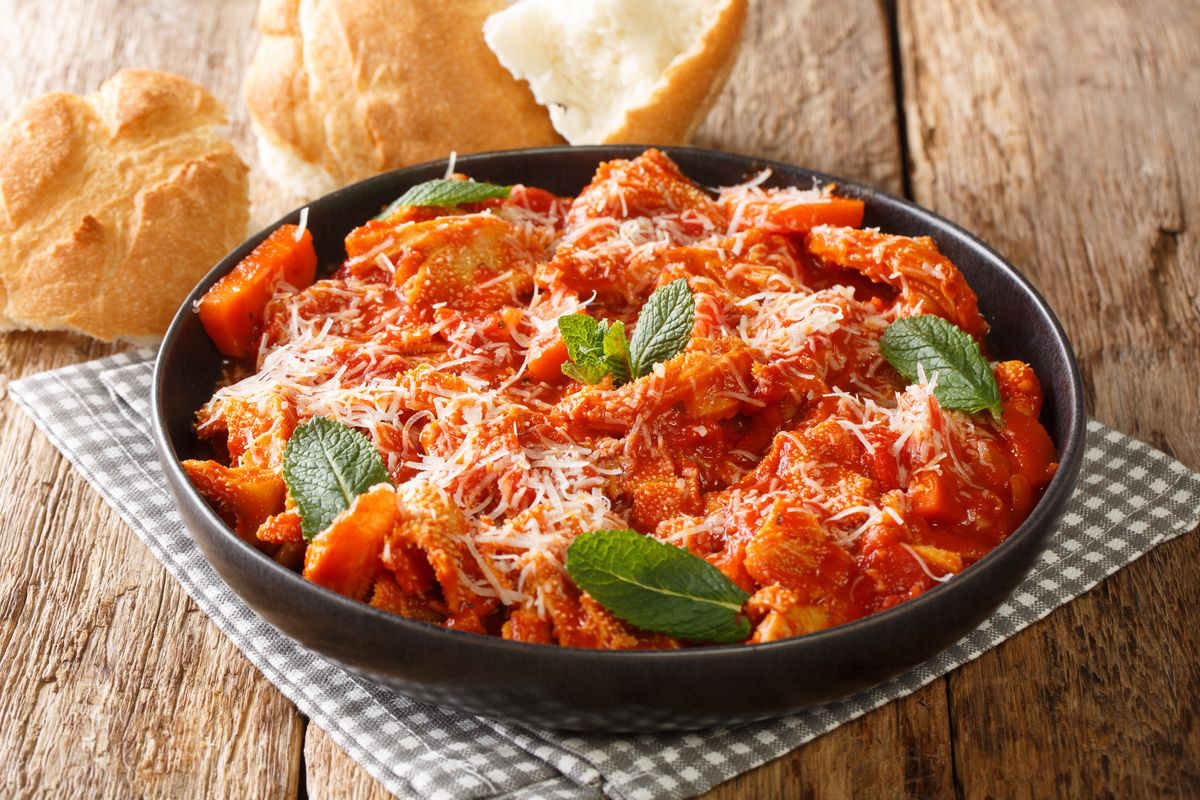 Morzello Catanzarese is a stew of veal entrails typical of Catanzaro and usually served with the type of pitta bread.

When we talk about spicy recipes, there is no region like Calabria that boasts such a repertoire. Among these, the Catanzaro morzello stands out, a dish little known outside the regional borders which, however, boasts the De.Co certification . Typical product of Catanzaro but also of its province, it has ancient origins and shrouded in mystery which we will deal with shortly. We can consider the veal morzello a symbolic dish of Christmas : this is in fact the occasion in which it is more likely to see it on the Calabrian tables.

The preparation of Morzello Catanzaro is a real tradition to the point that congregations and associations have been born that pass on passages and ingredients. In fact, it is nothing more than a spicy stew prepared with veal offal, tomato paste, chilli, bay leaf and salt . Everything is stirred with a bunch of oregano , also perfect for flavoring the dish.

How to prepare the Catanzaro morzello with the original recipe

The best way to taste this typical dish is with pitta , a particular type of bread whose shape resembles a wagon wheel. In fact, this large ring is perfect for hosting one of the tastiest Calabrian recipes ever. Alternatively, you can enjoy it on the plate , but you will still need something to make the shoe as it happens with tripe .

Legend has it that the recipe for the Calabrian stew was born from the need of a humble servant named Chicchina to feed her entire large family. Called to clean up and dispose of the remains of the slaughter of the calves , the woman, instead of throwing everything away as she had been told, brought home the so-called fifth quarter and gave life to the recipe as we know it today.

As for the name instead, it seems to derive from the custom of cutting the meat into small pieces , in the Catanzaro dialect morzha morzha . What is certain, however, is that in a short time everyone wanted to try this way of cooking part of the scraps and the recipe became the symbol of the city.

Morzello can be kept in the refrigerator for 3-4 days and is excellent if heated directly in the pot.