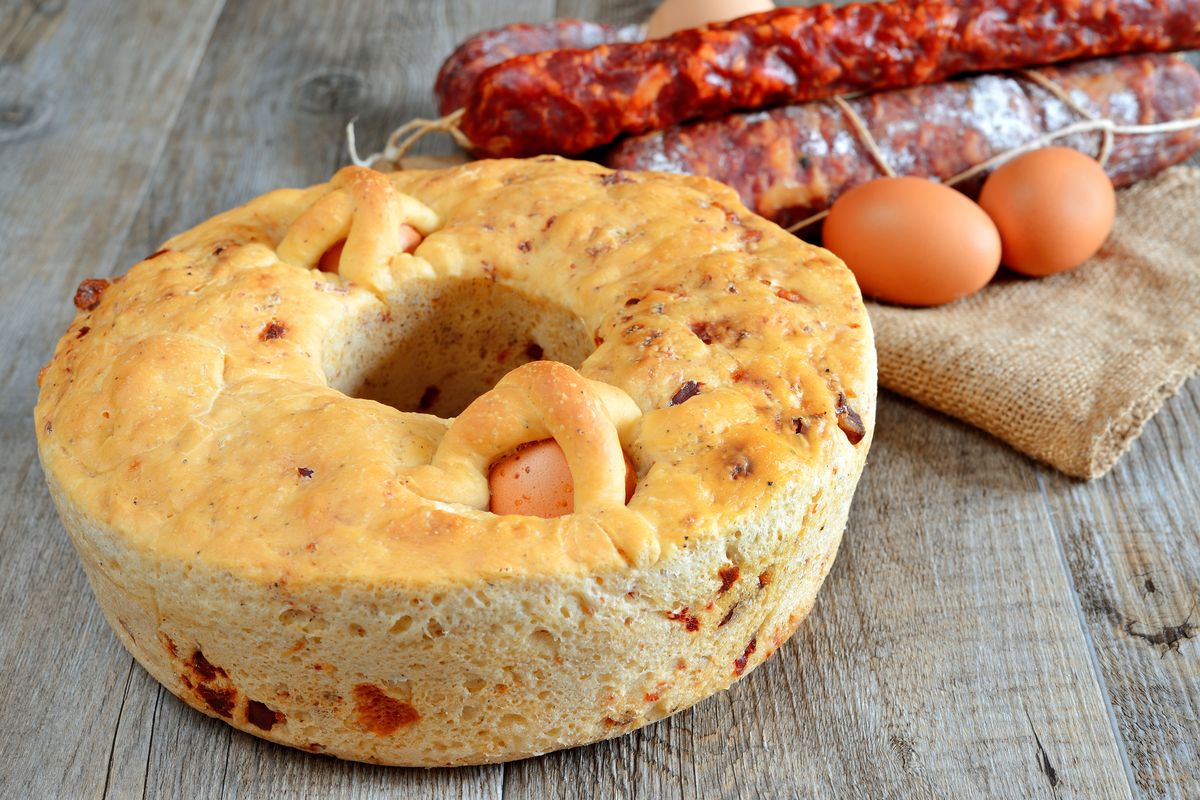 The gluten-free casatiello recipe is very simple. A perfect balance of flavors that reaches directly to the heart.

Much more than a rustic cake, the gluten-free casatiello is a perfect tasty appetizer that is also suitable for savory breakfasts and snacks. Born as a poor Neapolitan donut, the gluten-free casatiello in the Easter tradition of Campania is a small variation of a typical and popular dish. A donut of bread that was enriched with leftovers from the pantry that otherwise would not have been consumed: eggs, various types of cheeses, salami and lard. The lard, the fat of the pig, made the recipe for this greedy cottage particularly tasty and soft.

The recipe does not require special attention, on the contrary it is very easy. The only suggestion, to obtain a soft and fragrant dough , is to consider the rising times . So prepare the dough at least 4-5 hours before putting it in the oven.

And here is a casatiello for celiacs and intolerant people that will really drive everyone crazy.

The gluten-free casatiello can be stored for 2-3 days in a cool and dry place. It will keep its scents and aromas if placed in an airtight container.