Chatouche: what is the cloud effect on hair?

Chatouche: what is the cloud effect on hair? 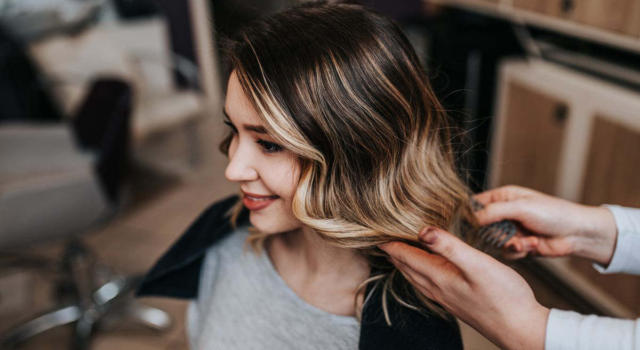 The chatouche is a coloring technique that revolutionizes streaks and highlights. Here’s what it is.

Chatouche is a special hair coloring also known as shatush. It is a lightening that does not touch the root but which, focusing more on the lengths, gives a luminous and natural effect very similar to what you get after a summer at the sea. It is an increasingly sought after and appreciated technique because the hair with the chatouche always gives an extra touch to the hair, illuminating the face .

How to make chatouche: better at home or at the hairdresser?

Applying the hair color for the chatouche consists in dividing the hair into many strands, backcombing them and applying the bleach on them in an almost random way. This procedure in fact helps to obtain the so-called natural effect. The hair starts from its color at the root and then becomes lighter and lighter as it descends. A technique that is used especially on long hair and that can be done as a hairdresser but also at home.

With the right materials and a little patience you can in fact get a very good result even with DIY.

Chatouche: cost at the hairdresser and at home

This technique, brought to Italy by Aldo Coppola , has costs ranging from 60 to 200 euros. It all depends on the type of treatment offered by the hairdresser, the length of the hair and the type of result you want to achieve.

If originally this color was born as a simple lightening of two or three tones of the lengths, over time it has in fact passed to give a very precise color to the same. Which is why it is also necessary to work on the root and then apply a color or a toning agent. For this reason, the cost of chatouche, or shatush , can vary greatly.

To spend less there is obviously the possibility of making it at home. This can be done either by applying the bleach alone or by using one of the many kits available for DIY and the cost of which is around 12 euros.

Balayage on hair: what it consists of and how to get the perfect shade

Shatush do it yourself: everything you need to know for a perfect result