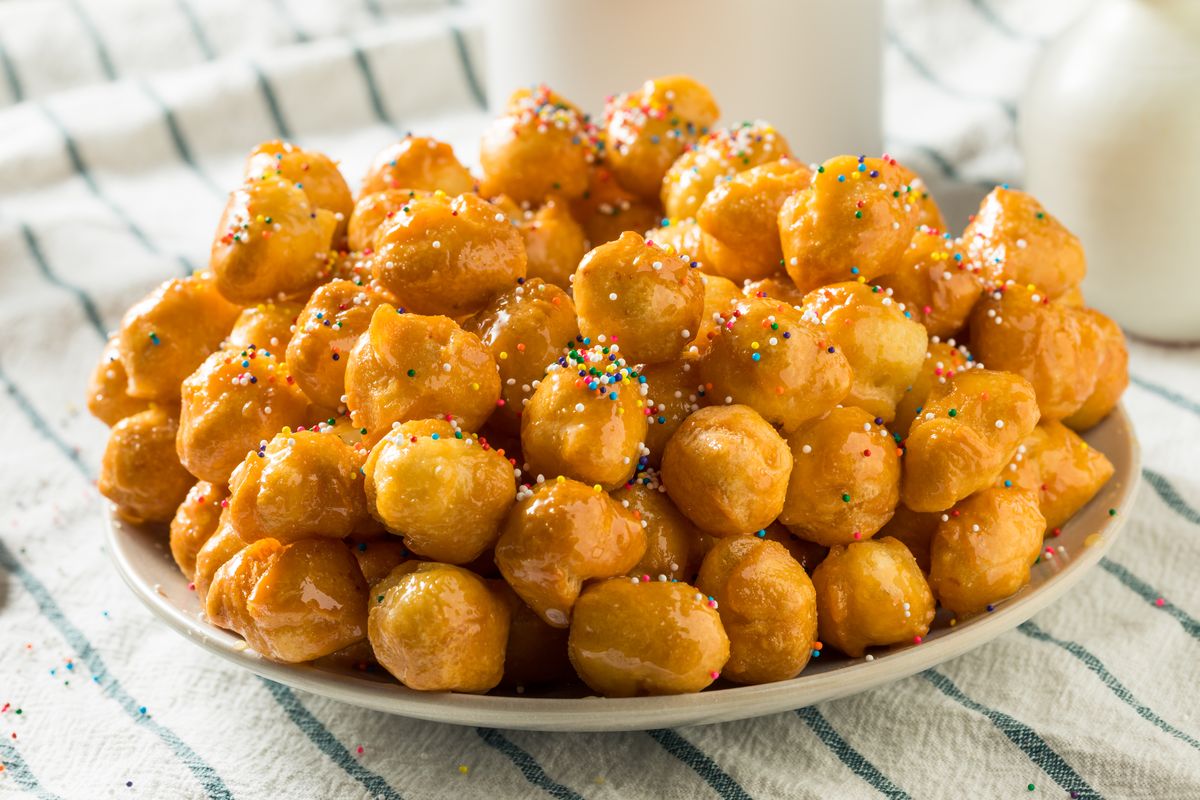 When it comes to Neapolitan Christmas sweets, you are spoiled for choice: cassata, mostaccioli, susamielli and struffoli are a party must!

Naples is a magnificent city that is able to offer unique moments and experiences at any time of the year. It would deserve a trip just to savor all the delicacies that, if you have followed us for a while, you will know go well beyond the famous pizza. But what do you know about Neapolitan Christmas sweets? Let’s talk about all those recipes that are often little known outside the regional borders. Get ready because the virtual journey we are about to take you will leave its mark on your appetite!

What are the typical Neapolitan Christmas sweets?

When it comes to Neapolitan Christmas dessert recipes, already after a first glance, the close bond they have with the Sicilian sweets prepared in the same period emerges. The reason is not difficult to guess and a few notions of history are enough to remember the kingdom of the two Sicilies . At that time that area of ​​Italy was united and the sweets, which were born mainly in convents, traveled among sisters undergoing some changes from time to time.

For this reason also in Naples we find mostaccioli , biscuits whose main ingredient is grape must. To this then honey and spices are added. Everything is then glazed with chocolate to obtain a truly amazing biscuit.

Another typical Neapolitan Christmas biscuit is roccocò . Donut-shaped and hard beyond imagination, it recalls one of the most particular artistic periods with its name. Born at the hands of the Nuns of the Real Convento della Maddalena, it should be consumed like the cantucci, that is dipped in a fortified wine : only in this way is it possible to penetrate the hard shell.

Again honey and spices (cinnamon, nutmeg and pepper above all) appear among the ingredients of susamielli , S -shaped biscuits typical of Neapolitan Christmas. Not everyone knows, however, that their original name was sesamelli due to the sesame seed coating.

Who has never heard of struffoli ? Balls of dough about one centimeter in size, fried in oil or lard and covered with honey, sprinkles of sugar and candied fruit. In short, a real bomb whose origin, however, is disputed between Spain and Greece. It does not matter to us: they are so good that there is no Christmas in Naples that does not foresee their preparation.

Among the Neapolitan Christmas sweets there is alsoalmond paste , or pasta reale, whose paternity does not belong to Sicily, as many think, but to the city of Naples. In fact, it seems that it was the nuns of the convent of San Gregorio Armeno who first prepared them on the occasion of the visit of King Ferdinand IV of Bourbon and only afterwards the sweets crossed the Strait of Messina and landed in Sicily.

Last but not least Neapolitan Christmas cake, the Neapolitan cassata . Once again the link with Sicilian cuisine emerges and in particular with the typical cassata. The two desserts are in fact very similar but we could consider the Neapolitan variant simpler in the realization and less decorated. The sponge cake and the ricotta-based filling, chocolate and candied fruit remain, but the covering of royal pasta disappears, giving way to a simpler sugar glaze.

In short, you will have understood that in Naples when it’s Christmas you don’t mess around!