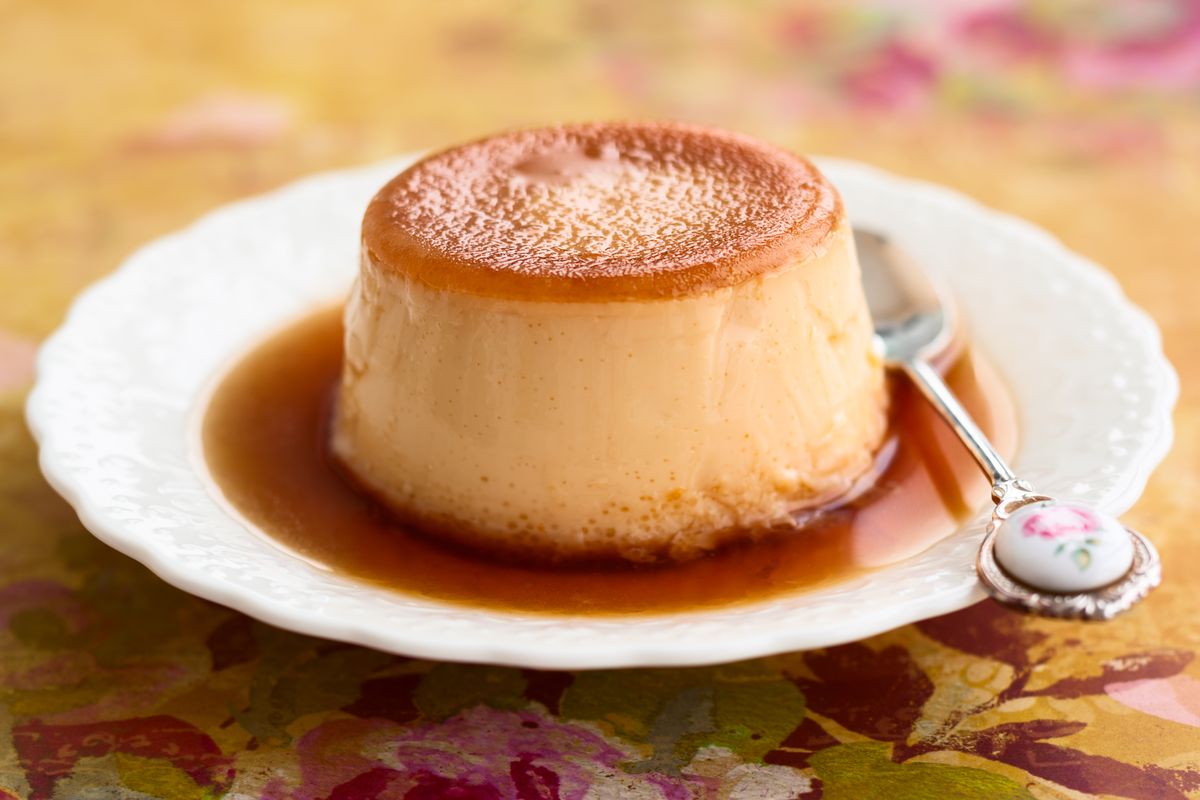 The crème caramel, although well known, is still an effective and very pleasant dessert to be enjoyed at the end of a meal.

Crème caramel is a spoon dessert of Portuguese origin , which is why it is also known as Portuguese-style milk. As the name of clear French origin suggests, however, the dessert has now spread to Europe. The ingredients are few and essential , but the taste is incredible, and for color and texture it is also spectacular on the table.

It is convenient because it can be prepared in advance, to be removed from the molds just before being brought to the table . It can also be prepared in a large mold, and then cut into slices, but due to its velvety texture, it is not easy to manage: we recommend following our version and serving it in single portions .

Preparation of the crème caramel

Did you like this preparation? Then you will love all our spoon desserts .

The crème caramel should be kept in the fridge until it’s time to taste it. If you have any left over, cover it with plastic wrap: it will last up to a couple of days after preparation.