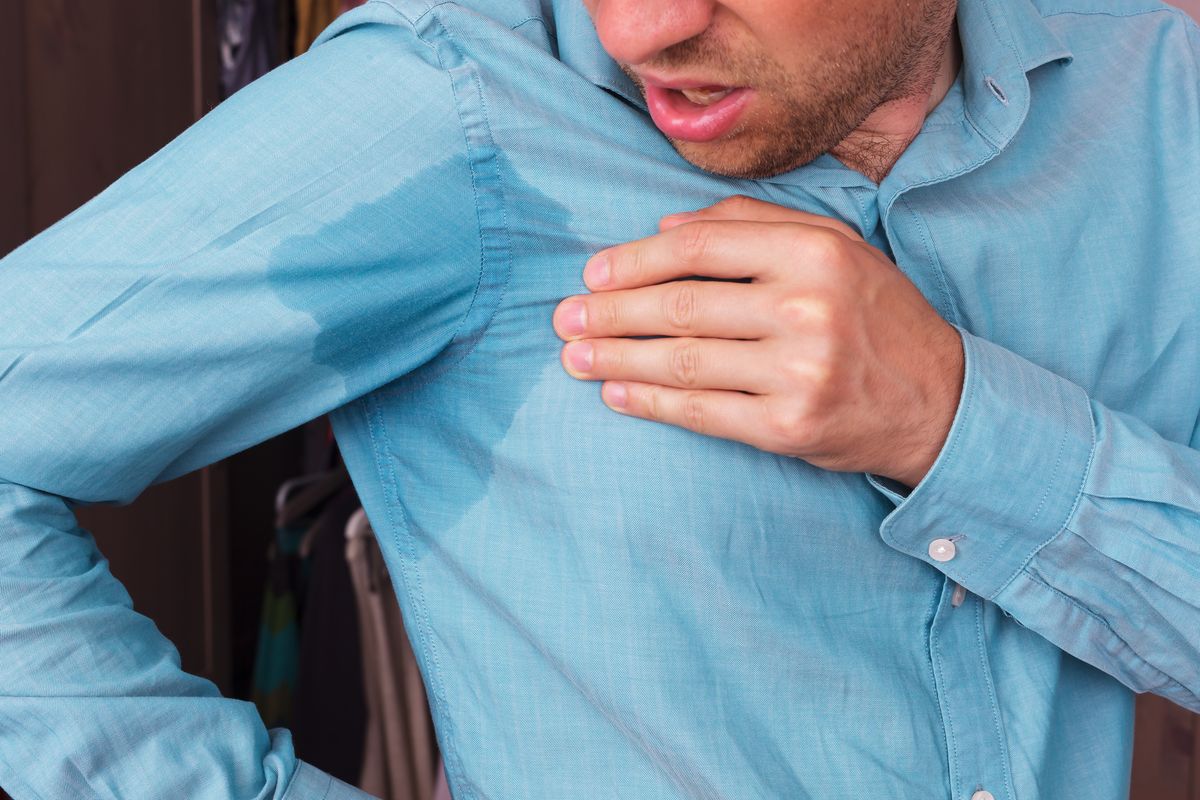 Diaphoresis is a disorder that causes excessive sweating for no apparent reason. Let’s find out what causes it and when to go to the doctor.

Perhaps not everyone knows it by this name, but Diaphoresis is a very common disorder that causes excessive sweat production . It is usually a condition associated with particular stages of life, such as menopause or hyperthyroidism, but it can become serious and annoying when there are no triggers. So let’s see what are the causes of diaphoresis and when it is necessary to consult a doctor.

The importance of sweat

In fact, sweat is one of the natural ways in which our body regulates its temperature. In general, one sweats as a result of physical exertion, exposure to heat or an increase in body temperature. On other occasions, however, you can sweat profusely in the armpits and on the palms of the hands, especially for emotional or mental stress .

The simplest way to solve a case of diaphoresis is to identify the houses that cause it. In general, when a person has profuse sweating, they are most likely suffering from diaphoresis. In these specific cases, sweat does not derive from physical exertion or from exposure to heat, but can be the result of the use of drugs .

For this reason, when you begin to notice the first symptoms of diaphoresis it is important to consult a doctor so that you can treat it immediately, and avoid it becoming complicated . In any case, diaphoresis is a very common disorder for women in menopause . In fact, there is an increase in night sweats, most often due to the messages sent by estrogen and other hormones to the brain.

These messages may be wrong , perhaps indicating that the body is overheating even when it is not. Precisely as a result of this sweating increases, which can worsen up to the diaphoresis.

Diaphoresis can also be a common condition for pregnant women. In fact, many women increase their sweating levels during this and other periods of their lives. This condition during pregnancy can occur for several reasons, including:

Most sweat production is normal during pregnancy, but if this becomes excessive, or is associated with fever, chills, or vomiting , immediate medical attention should be sought. In fact, these symptoms could be linked to infections, of which Diaphoresis can be a spy.

People with hyperthyroidism can also develop diaphoresis because the thyroid produces an excessive amount of thyroxine . This protein regulates the body’s metabolism and, if it is too much, it can increase the metabolic rate, also increasing sweating.

The most common symptoms associated with the condition caused by diaphoresis are increased pulse, anxiety, nervousness, weight loss , insomnia or tremor in the hands. In these cases it is important to contact your doctor immediately to intervene quickly and resolve it.