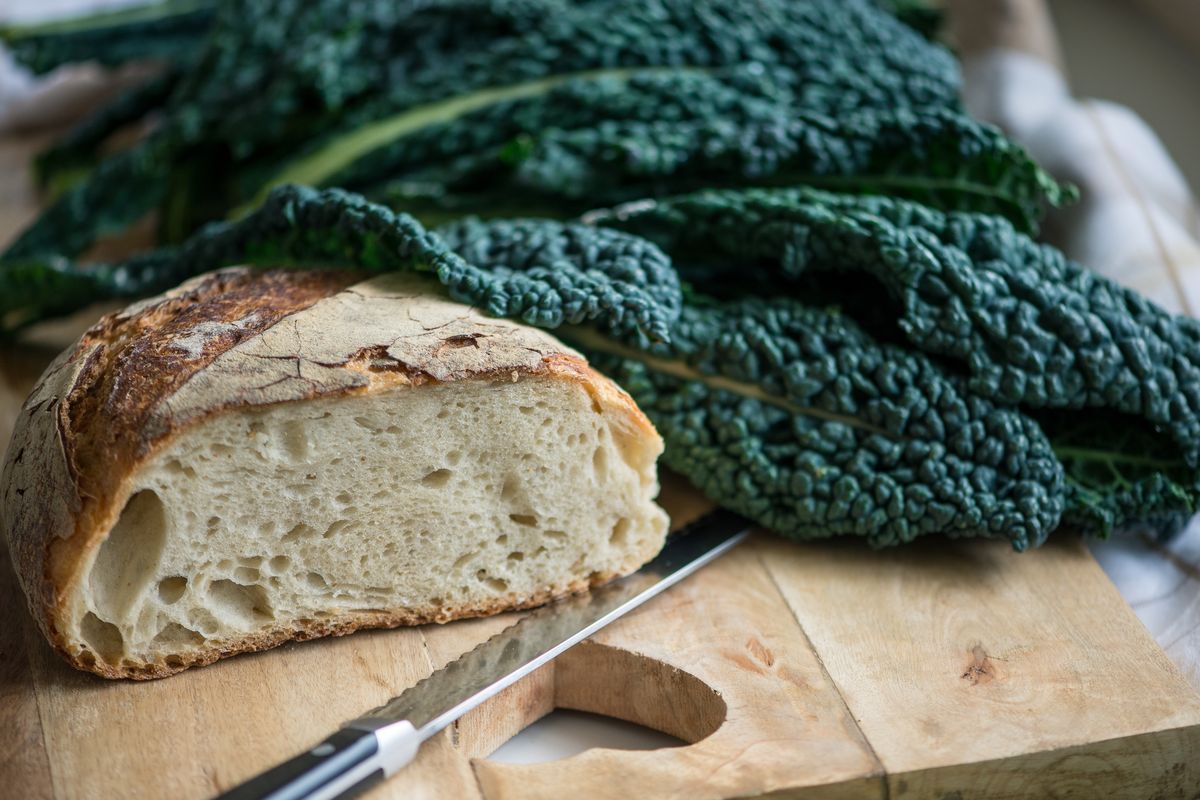 Long leavening, mother yeast, rustic and honeycomb dough cooked in a wood oven: these are the characteristics of the peasant bread, the Neapolitan bread.

There is no one in Naples and, more generally in Campania, who does not know the recipe for peasant bread. Also known as Camaldoli bread because according to tradition it is precisely on this hill on the outskirts of the city that was prepared for the first time, it is characterized by its consistent dimensions (think that it can weigh up to 4 kg!). the crust 1 cm thick and for the crumb alveolation .

Respect for these characteristics, together with the preparation with mother yeast and cooking in a wood oven, make peasant bread a traditional agri-food product . It is in fact a typical recipe, prepared with an ancient method that has never undergone major changes over the years. Let’s see how to prepare homemade peasant bread.

How to prepare Neapolitan peasant bread with the original recipe

The peasant bread with mother yeast is really fragrant and is perfect with all dishes. Try it for example to make tasty bruschetta or take a look at our bread recipe .

Origins of peasant bread: why it is called that

Peasant bread is so called as opposed to aristocratic bread . The latter, of French origin, was prepared with white and very refined flours, it was pure white in color, almost totally devoid of crust and very soft. The peasant bread, on the other hand, was a rough, peasant bread , prepared with unrefined flours that took on a dark gray color when cooked. It had a thick crust, but this was to be considered positive because it allowed to greatly extend the storage times.

As for the origin of the name , it seems that peasant is to be traced back to the dialectal term ca’fune , that is with the rope. It is difficult to say whether the rope, the snare, of which we speak is the one that tied the suitcase of the peasants who arrived in the city or the one with which, always the peasants, carried the animals purchased at the market towards the countryside. What is certain is that over the years the term has remained and is used to indicate something rough , coarse, just like this bread from Naples.

This Neapolitan bread can be kept in a paper bag for a week . Alternatively, it can be frozen , already portioned, for up to 6 months .