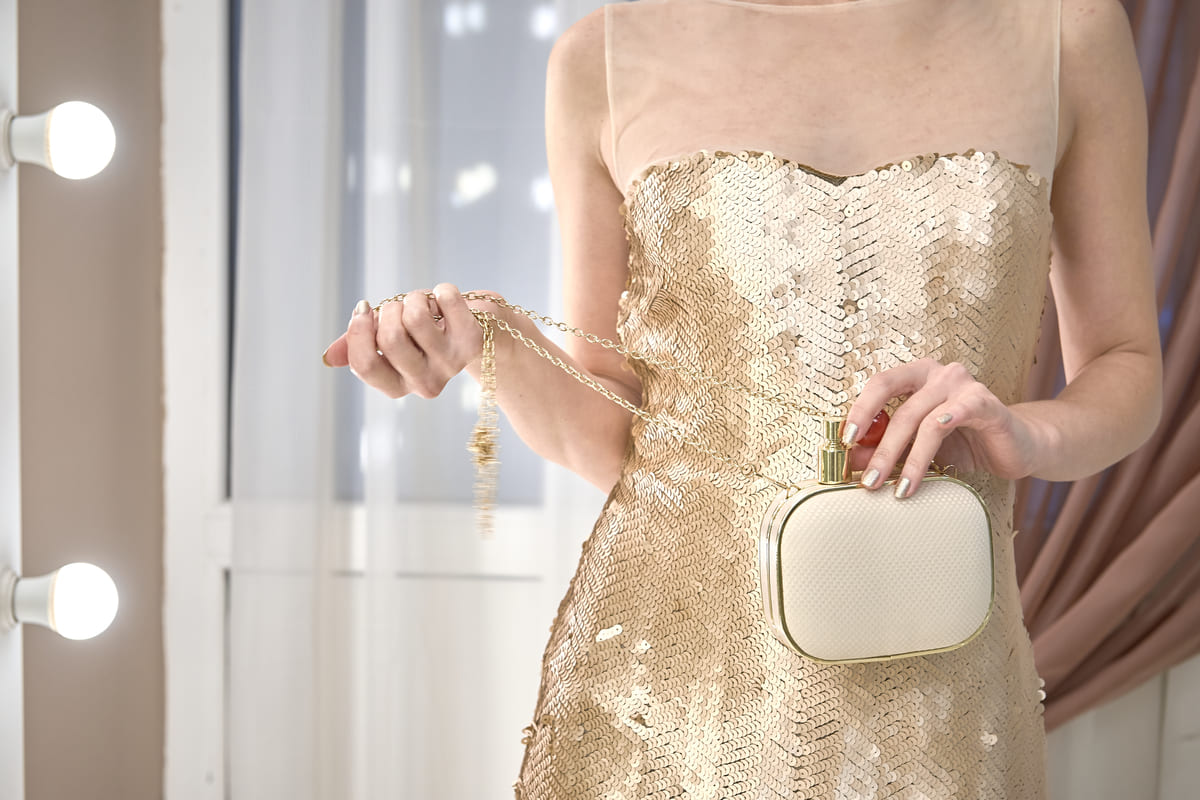 Glam, rock, elegant and sometimes even casual: no one knows how to be more transformative than sequins, which have enchanted since the dawn of time.

Among the shine trends spotted on the catwalks and at the events, sequin dresses were almost never missing. Even if constantly challenged by crystals, it is those small luminous discs loved by the mists of time that make the stars dream and also us, who in the wardrobe every year we always find a dress or an outfit embellished with sequins.

If anyone thinks that this sparkling trend is perhaps a child of the 80s, when the desire to sparkle and flashy clothes were the masters, we will have to refute you: because the sequins actually defend themselves well from the times of the ancient Egyptians, when their task was flaunt wealth and enhance the beauty of the pharaohs.

Sequins on clothes: from ancient Egypt to the 1930s, gods and stars

Of course, the first prototypes of sequins should not be imagined as what we see today: they were mostly metal discs that looked like coins and which were found in 1922 in the tomb of the young pharaoh Tutankhamun , sewn on his clothing as a symbol of wealth and prosperity. . High-ranking men must have liked them so much that Leonardo Da Vinci had designed a machine that would serve precisely to mass-produce them quickly, a draft he could not complete.

In the twentieth century, sequins became the passion of rich women and theatrical actresses, who flaunt them on their evening dresses : the ’30s are a real habit of the stage as well as evening dress, so much so that a diva does not you can imagine without a sequin dress or hat, because they make the wearer dream and those who let themselves be enchanted by divas like Loretta Young or Ida Lupino , but the one who will make them friendly by letting non-divas wear them is Joan Crawford wearing them on a very simple dress in woolen cloth.

When the sequins were produced with cellulose there was the second turning point, which made it possible to make the sequins itself ready to wear. The first metal discs began to be too heavy, so they switched to animal gelatin which even made them edible, to be pierced each time with the needle.

Then in the 50s and 60s with the arrival of cellulose for film film, screenwriter Herbert Lieberman thinks of using the same material for sequins too, an experiment that does not last long since the material, while giving shine, is flammable. . However, the desire to wear them becomes more and more prevalent, when David Bowie and Michael Jackson make a show of them over the years, making them a true cult of fashion: sequins will have to keep up with the times and be produced in plastic : less sparkling, but certainly more manageable and soft, so that it can be sewn on almost anything.