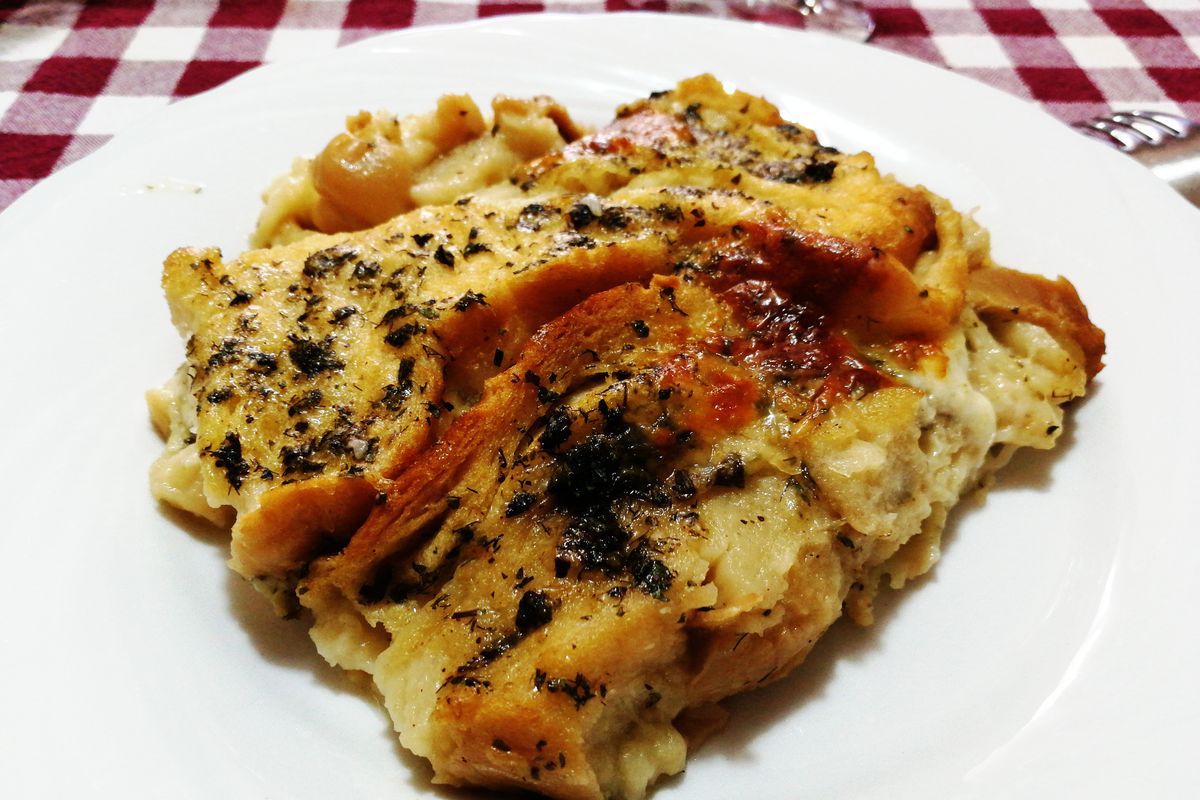 The Gallura soup is a typical Sardinian bread soup made up of layers of bread soaked in broth and cheese.

A region surrounded by the sea like Sardinia is able to offer truly incredible land dishes , such as the Gallura soup. This first course looks more like a lasagna and has almost nothing like a soup. Yet the island’s tradition labels as supa all those recipes that involve the use of bread soaked in any liquid.

In the case of the Gallurese bread soup, sheep broth is used to soak layers of bread interspersed with abundant layers of cheese. In fact, forget that this typical Sardinian product is not very substantial, indeed! Take a look at the traditional recipe and you will find that this is not the case at all.

How to prepare the Gallura soup recipe

This first course is also perfect to prepare in advance and is a great way to use stale bread. Among the other Sardinian recipes we recommend you also try the culurgiones , a very special shape of stuffed pasta.

The origins of this dish are lost in the meanders of time but traces of it can already be found in some medieval recipe books . Also known as supa cuata, or hidden soup due to the particular preparation technique, it seems that it owes its origin to the dishes of the Italian-Aragonese cuisine.

In fact, it was they who called suppa, then simply translated supa in Sardinian dialect, all those preparations in which the bread was soaked in broth, water or milk. But be careful not to make the mistake of considering this Sardinian first dish typical of Gallura, the region north of the island, as a poor dish.

It has always been the first course par excellence at weddings and village festivals, so don’t underestimate its flavor!

The Gallura soup the next day is even better. Eat it by heating it in the oven and keep it in the refrigerator for up to a couple of days.