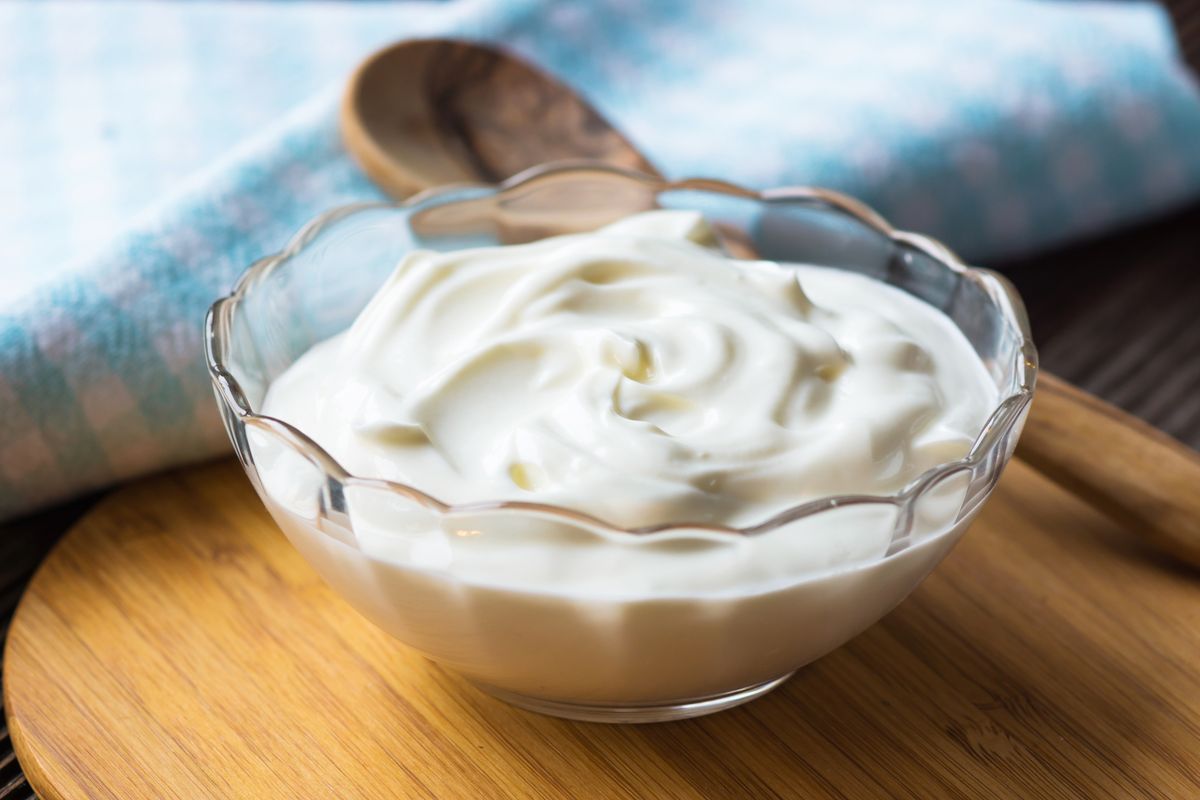 Greek Yogurt is rich in healthy protein fats, perfect for low-sodium diets. Let’s find out why and what its properties are.

Known by all as Greek yogurt, it is actually a Bulgarian product, widely marketed and distributed in America. Obviously it is not completely different from the normal yogurt we are used to, but its characteristics make it unique. So much so that Greek Yogurt is a useful remedy for many small problems, without considering that it can also be consumed by those who are intolerant to lactose or its derivatives. It is also a fundamental ingredient of many low-sodium diets since it contains a low amount of sugar. So let’s try to understand what all its qualities are.

Let’s try to understand what are the benefits offered by Greek Yogurt. First of all, we can start by saying that the quantities of sodium and lactose in this food are very low, while the protein values ​​are quite high. This makes Greek Yogurt particularly suitable for low- sodium diets , or for those who are lactose intolerant, and it is more nutritious when compared to the normal one.

But above all what conquers the Greek Yogurt are the high concentrations of live lactic ferments, fundamental for the bacterial flora of our organism. But this product is also an excellent ally in the kitchen. In fact, unlike traditional yogurt, it can be used to prepare desserts and, not being too sweet, also for savory preparations, sauces and much more.

Let’s start immediately by understanding what the nutritional values ​​of this food are and what is its calorie intake. In general we can say that it has a low sugar content , especially when compared with traditional yogurt. The amounts of lactose are also lower, which makes Greek Yogurt perfect for the intolerant.

Specifically, it contains about 50 mg of sodium, which is half the content of a normal yogurt. The calories of a portion of Greek Yogurt amount to about 115 kcal , formed respectively by:

As we can see, there is no alcohol and the percentages of proteins are quite high. This makes Greek Yogurt a perfect food for many diets. So we can say that, in terms of calories, there is not much difference with traditional yogurt, also used in many diets . Carbohydrates are about half of those contained in regular yogurt.

While for what concerns the fats contained in this food, even if the content is quite high, it must be said that they are healthy fats , and therefore should not be eliminated from the diet. In fact, our body needs a daily intake of fats, the important thing is not to exceed 30% of the daily requirement. So if the goal is to lose weight, it is better not to stop consuming this product or rather start eating it.

One of the great benefits offered by Greek Yogurt is certainly the high value of proteins contained in the food. This is possible thanks to the fact that Greek Yogurt contains more milk , which is more filtered, which is why it is also denser and more concentrated.

The amount of protein is about double compared to a portion of yogurt and this feature makes it very suitable for those who want to integrate proteins into their diet, perhaps to tone up. In addition to the fact that there are a lot of proteins, we can say that they represent a third of the recommended daily requirement . So if you consume this food as a snack, or for breakfast, the changes will be felt in no time.

The different types of yogurt

As we have already seen, the differences between Greek Yogurt and its traditional version are not few. Apart from the nutritional values, we can say that the consistency is creamier and thicker in the Greek, but the taste is quite similar. Furthermore, the level of satiety is higher if you consume Greek Yogurt.

In any case, we can identify the greatest differences in the production processes. In fact, even if both yogurts are produced from the same milk and the same enzymes, the filtering phases are different. Traditional yogurt is in fact filtered twice, while the other three. This further step serves to eliminate even more liquid part, which contains sodium and lactose, thus also increasing the amount of protein.