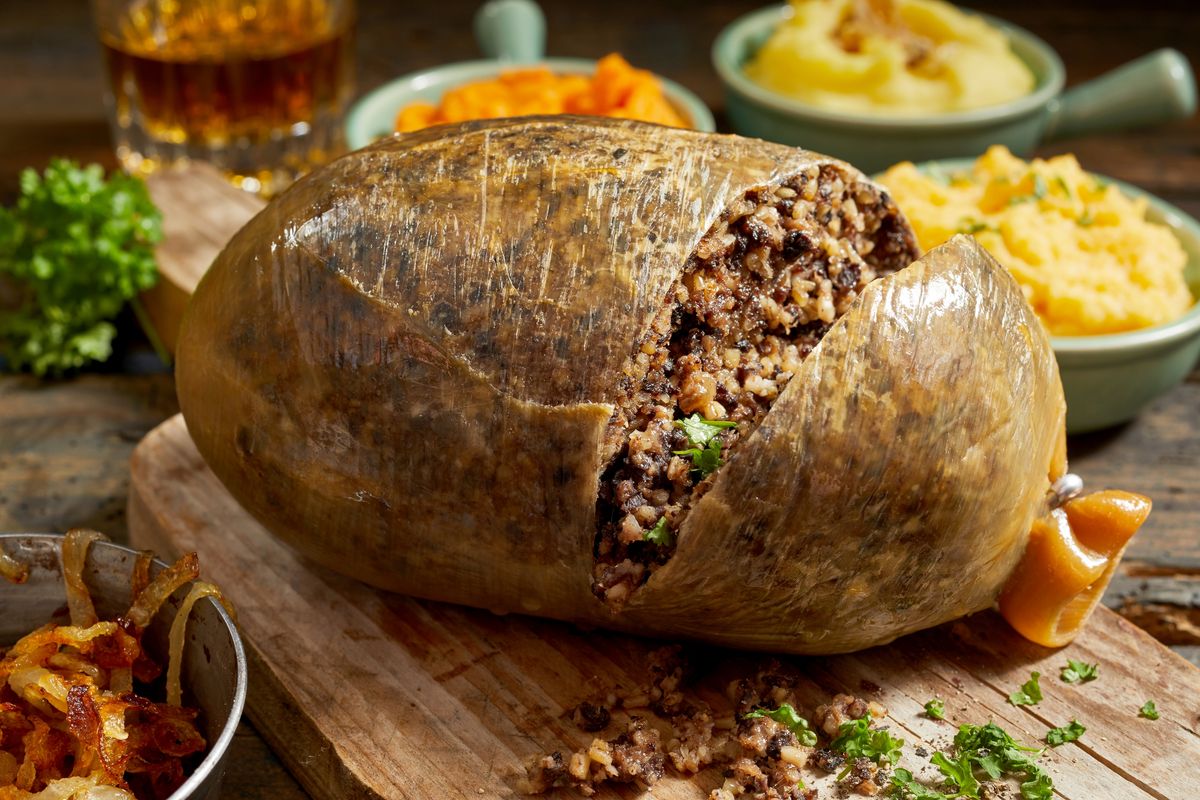 The haggis is a second dish based on sheep offal cooked in the stomach of the same, typical of Scottish cuisine. Here’s how it is prepared.

Talking about Haggis outside the Scottish borders always generates a wave of amazement. Wanting to describe it, we could say that it is a sheep ‘s stomach stuffed with offal of the same mixed with kidney fat, broth, onions, salt and spices. Everything is then left to cook for over 3 hours and served with boiled and mashed potatoes . A glass of whiskey is also a must to digest everything.

Yes, because although in Scotland there is even a poem dedicated to the dish, Address to a Haggis written by Robert Burns , one of the most famous Scottish poets of the ‘700 who consecrated it as a national dish in 1787, it is still something special. Do you think that some claim that the haggis is a real mythological animal that can only be found in Scotland! On the other hand, it is difficult to identify the origins of this dish. Observing the ingredients that compose it, it is likely that the lower segments of the population prepared it for the first time, driven by the need to exploit everything they had at their disposal.

Surely it will seem strange to say the least to find this preparation among our recipes , however you will see that preparing it at home will almost become a ritual that will lead you to immerse yourself in the traditions of Scotland like never before.

Preparation of the Scottish haggis recipe

What do you think of Scottish haggis? We were pleasantly surprised by this recipe but we had already discovered a passion for Scottish cuisine with shortbreads , delicious butter biscuits perfect to enjoy with you.

Haggis can be kept in the refrigerator for 2-3 days. We advise you to heat it in a pan before consuming it.