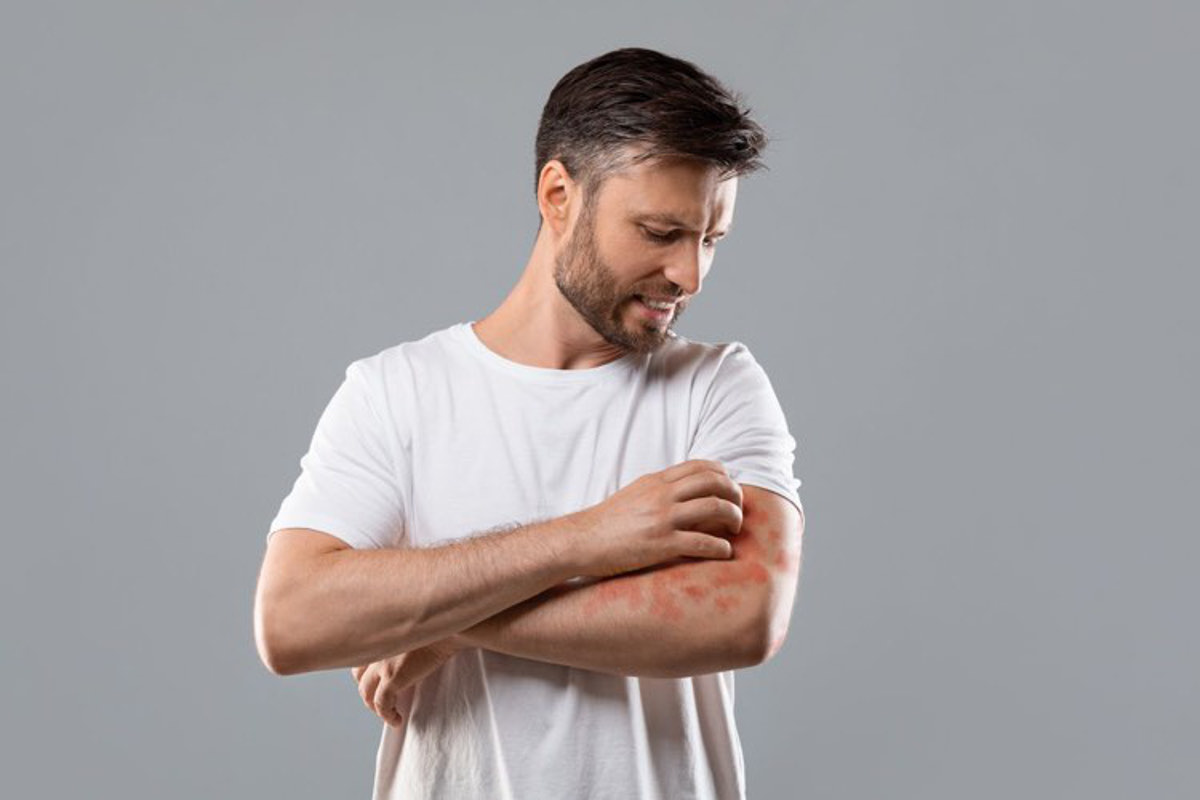 Dermatitis herpetiformis is a skin problem related to celiac disease. Let’s find out how to recognize it and what are the symptoms and possible remedies.

Dermatitis herpetiformis also known as Duhring’s dermatitis is a skin problem that occurs in the form of blisters and skin deposits. As already mentioned, this is a problem that is found mostly in people with celiac disease. At the moment, however, all the reasons for which it arises are not yet known. It is therefore very important to recognize it in time through the symptoms : only in this way, in fact, will it be possible to intervene in the most appropriate way.

Dermatitis herpetiformis: the symptoms that it is important to learn to recognize

Celichia herpetiform dermatitis has several symptoms that should be investigated immediately when they arise. Among these, the most important are:

– Formation of blisters which can rupture or dry out.
– Symmetrical distribution of the vesicles.
– Itching in the skin rush area.
– Burning .
– Rush that almost always remains over time.
– Diarrhea.
– Abdominal pains.

The areas where this disease occurs most easily are the elbows, forearms but also the legs, torso and buttocks area.

Considered among the rare diseases , herpetiform dermartitis or celiac disease of the skin, it can occur at any age but the most frequent is around forty years. To diagnose it definitively, it is important to do an IgA test for the skin in order to precisely establish the existence of the problem which, when present, almost always confirms damage to the small intestine.

Herpetic dermatitis: what are the treatments to undergo

When herpetic dermatitis is diagnosed, one of the treatments that is most often administered is that based on dapsone. Substance that gives benefits in symptoms and that in most cases manages to get them back completely in a few days.

Alternatively, sulfapyridine may be prescribed. Both drugs obviously have side effects for which the doctor will have to make the appropriate assessments. In general, it may be helpful to try a gluten-free diet before resorting to drugs. In fact, this often has a resolving effect, also avoiding the appearance of celiac disease in those who are still asymptomatic.