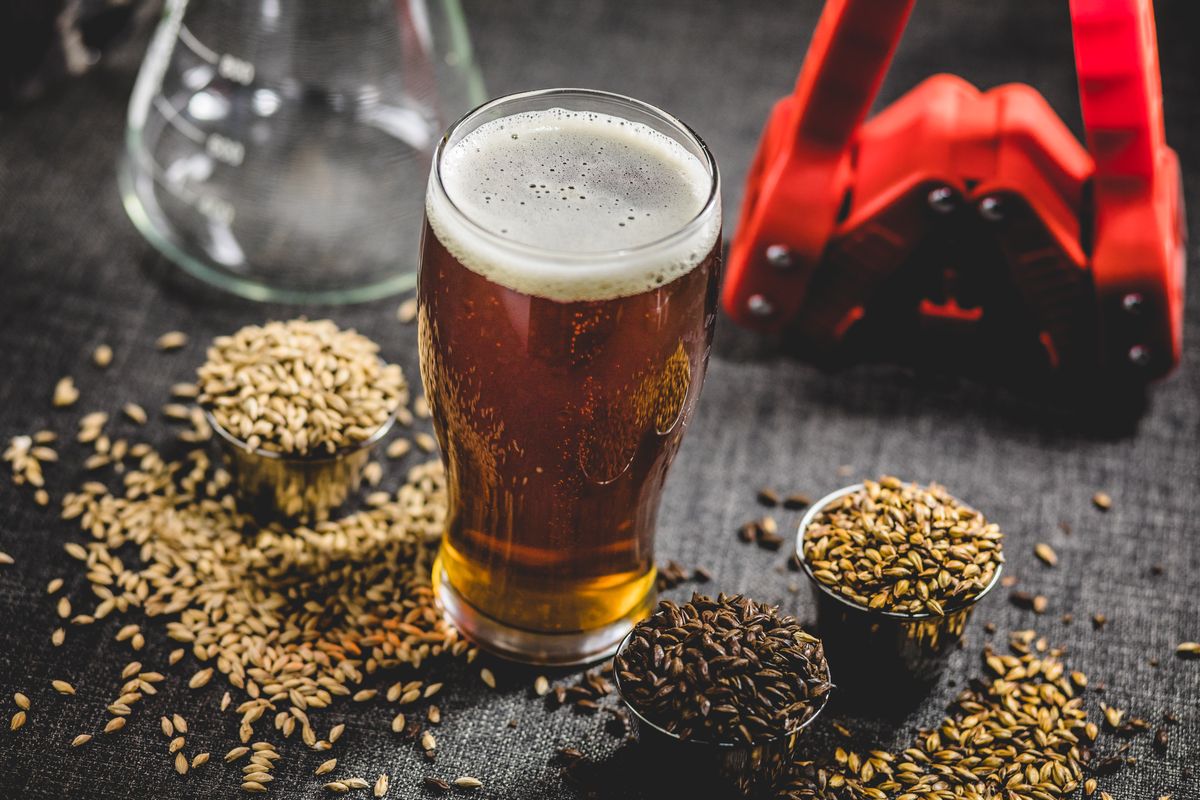 Know how to go about making the perfect home brew? Even for enthusiasts it requires some attention but we can guarantee that it will give you great satisfaction.

In recent times, beer has conquered an ever-increasing number of palates and admirers, almost like wine. Enjoying a good beer is a moment of true relaxation, but how about raising the bar and brewing a good home-brewed beer? The technique to prepare it takes the English name of brewing , it is really depopulating and we also wanted to try it in order to have our say. Let’s find out together what are the ingredients and the steps to carry out for a good home-brewed beer and what accessories are needed to start brewing.

How is beer made?

Before getting lost in the ingredients, tools and steps, let’s clarify what beer is and how it is obtained . Beer is produced starting from germinated barley grains then subjected to greasing, the phase in which the malt is transformed into juice with sugar, that is the must. Everything is then dried and the malt is ground and cooked. Only in this way do the enzymes present in it transform starches into sugars. After filtering, the liquid obtained is the malt extract which, brought to boiling with the hops, gives the beer its bitter taste and particular aroma. After a further filtering, the yeasts are added and the fermentation process begins, responsible for the alcohol content of the finished product.

It is already clear that it is difficult for a novice enthusiast to obtain a quality product. For this reason, on the market today there are homemade beer kits that contain all the ingredients and also the special tools for its preparation.

What you need to make homemade beer

Water . Give this “banal” ingredient the right importance because it will affect the flavor of the finished product. You can use that from the tap, after boiling, or better still that from the bottle. If you have spring water available, your beer will certainly benefit.

Barley malt . It is perhaps the most important ingredient, the one that gives home-brewed beer its aromatic notes. You should know that there are different types: in addition to the basic one, there are caramelized or toasted ones that give further nuances of flavor to the finished product.

Hops . It is responsible for the bitter taste of beer and if originally there was only one type, today the ever-growing interest in craft beers with different aromas has led to the birth of real crops of various types of hops. The hops are added to the dried beer and, in addition to the bitter connotation, it helps to improve its conservation.

Yeast . It is the ingredient without which fermentation could not start and is directly responsible for the alcohol content. The most used yeasts are those belonging to the saccharomices cerevisiae family, but in recent times there has also been experimentation with other types of yeast. What this ingredient does in beer is feed on sugars and produce alcohol and carbon dioxide.

There are therefore at least four different variables that can affect the finished result of your home brew to which the hand of those who prepare it is added. But what does it take to brew beer, besides the ingredients we talked about?

The kits on the market already contain everything you need, except for bottles, caps and tubes for bottling.

Fermenters : usually they are two food-grade plastic containers equipped with an airtight cap and taps.

Bubbler : used to allow carbon dioxide to escape without letting air in.

Density meter : it is of fundamental importance because it allows to understand the initial and final density of the beer and therefore establish the end of fermentation.

Thermometer : it is applied externally to the container and allows you to keep the temperature of the must under control.

The kits can also include other accessories such as stirrers for mixing, winners to disinfect bottles, dispensers , bottle drains and pipe cleaners . However, they usually do not include bottles , caps and capping machines . You can use old well-washed and sterilized beer bottles and then reseal them with new crown caps.

How to make beer at home

The process for making beer at home starts with the sterilization of everything you are going to use for its preparation, from the fermenter to the accessories passing through the bottles. At the time of use they must be perfectly dry. At this point, mount the fermenter tap making sure it is closed and place the bubbler on the cap.

Once bottled and closed, the bottle must mature for a period ranging from one to six months depending on the type.

Now that you know how to produce craft beer, no one can stop you !