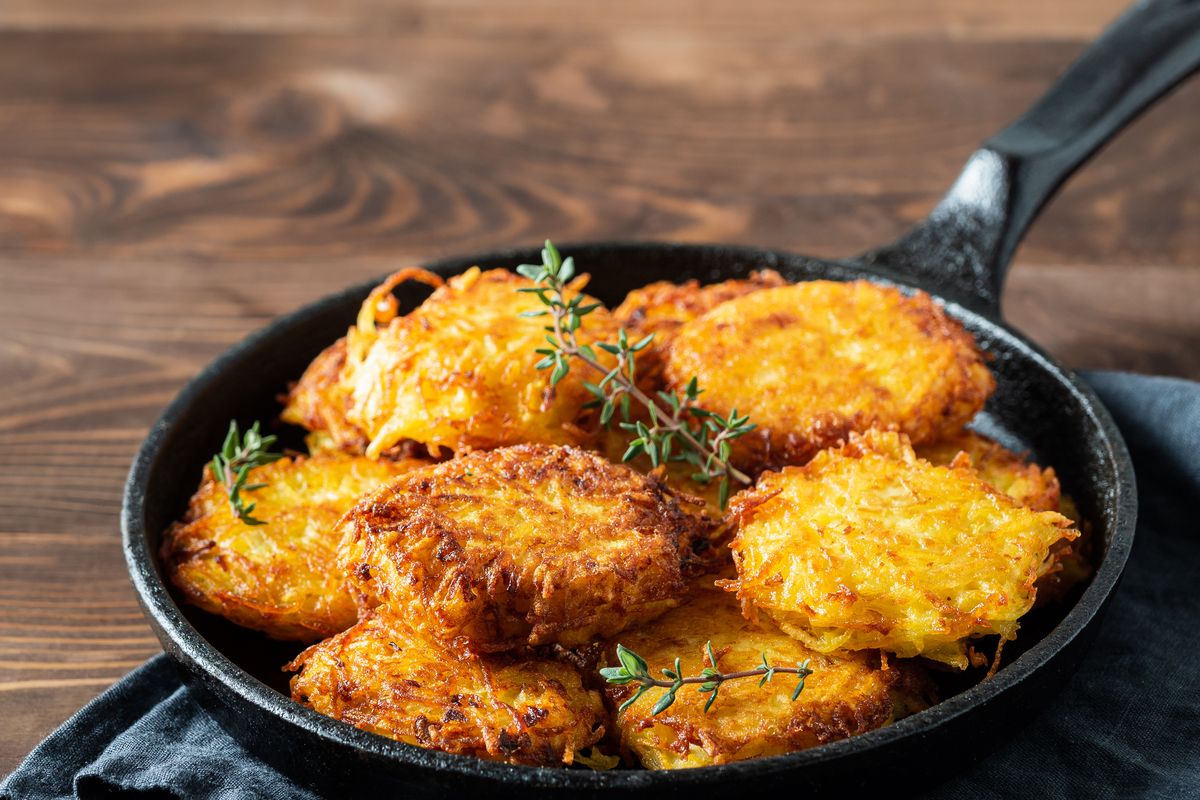 Here is the delicious recipe of Latkes, a typical product that consists of delicious pancakes, which Jews prepare for Christmas.

The easy Latkes recipe – Jewish Christmas pancakes – is taking the world by storm. Also called Levivot , these little delights are made from a particular dough, made with potatoes . Making them at home is simple, because just a few common ingredients are enough. The mixture is created in an elaborate way and then rigorously fried . The typical recipe has distant origins and is traditionally prepared for the most festive period of the year. The Jews, in fact, bring the Latkes to the table for Hannukah. For this reason, the dish is an excellent idea to enrich our Christmas tables too.

Preparation of the original recipe for the Latkes

Once fried, serve the potato latkes hot. You can wrap them in aluminum foil and keep them in the fridge for up to 2 days .