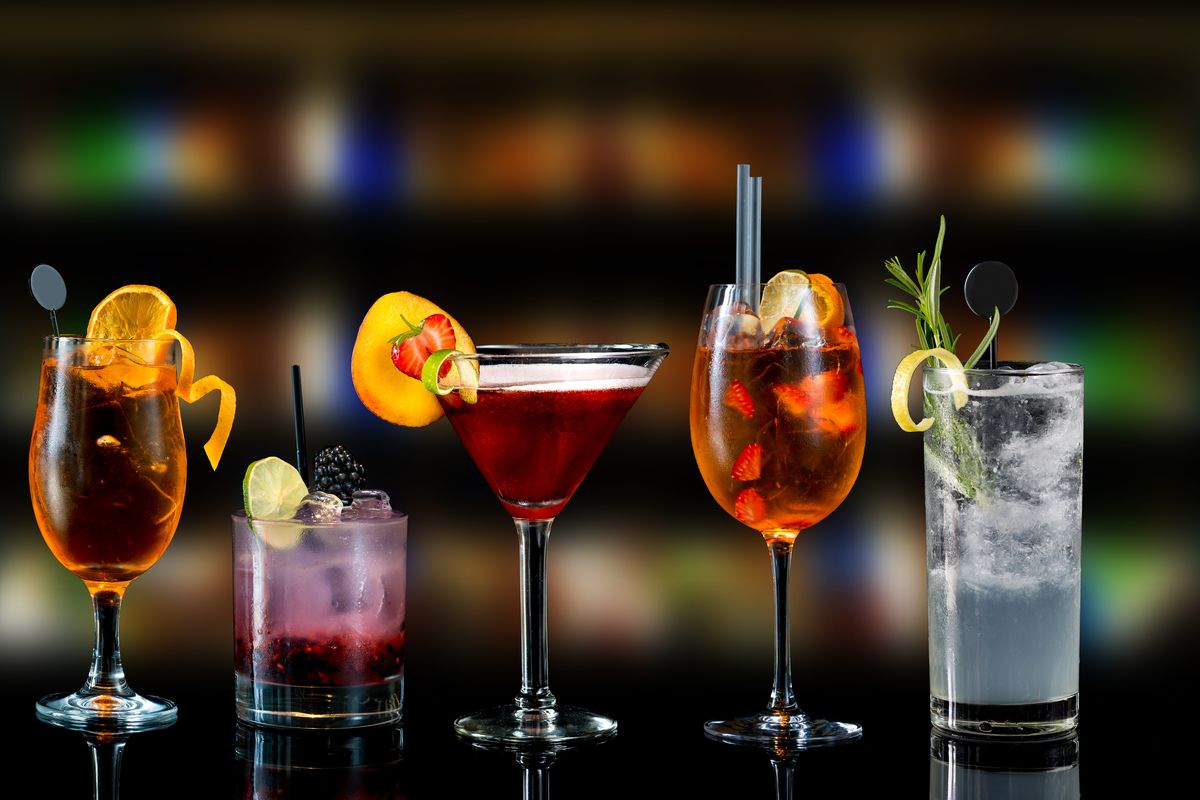 There are plenty of simple vodka cocktails to make at home. Here are the most famous and our tips to turn you into real bartenders.

Vodka is a distillate of which Russia and Poland contend for paternity. The name, in the original language, means water, in reference to the transparent color , certainly not to its lightness. In fact, some terms in the local language used to indicate vodka have the same root as the verb to burn . Substantially composed of water and alcohol, it has an alcohol content that easily reaches 40 ° C and, although those who gave it birth love to consume it pure, in the rest of the world it is used above all to prepare cocktails with vodka.

There are also fruit- flavored varieties of vodka, much appreciated especially by those who do not like the dry taste of this distilled spirit. But let’s find out together which vodka-based cocktails you can prepare at home.

With its bright red color, the Cosmopolitan is one of those cocktails that can be recognized on the fly. It combines the bitter taste of vodka with the sweet one of blueberry juice , making it particularly popular with women. It is no coincidence that it owes its fame to the TV series Sex and the City and its name to the famous magazine on which an article dedicated to the owner of the restaurant who gave birth to the cocktail was published for the first time.

Fill a shaker with ice cubes then pour in the lime juice, blueberry juice, triple sec and vodka. Shake well and pour the liquid, filtering it through the ice, into a cocktail glass. Decorate the rim of the glass with sliced ​​lime.

Caipiroska is a purely summer cocktail with a strawberry and lime flavor (in the version with strawberry, but it can also be “smooth”). The preparation is quite simple and although it is a drink with vodka, it is appreciated by many. It takes inspiration from Caipirinha , with which it shares many ingredients except for the alcohol base.

Pound the chopped strawberries and lime in the shaker together with the sugar. Then add the crushed ice and cover with vodka. Stir with a spoon, pour into a cocktail glass and decorate with fresh mint.

In recent years, the Moscow mule has conquered an increasingly large audience. To prepare it you do not need a shaker and all the ingredients are simply mixed in a very cold cocktail glass, preferably copper. It was born in 1949 in the United States and has nothing to do with Russia, except for the presence of vodka. It was three businessmen who invented it, sitting at a table in a hotel and looking for a new way to promote their products, coincidentally ginger beer, vodka and copper cups with a donkey drawn on them.

Fill the glasses with ice, pour the vodka, lime juice and ginger beer and mix with a teaspoon. Decorate with a lime wedge and serve.

Of ancient origin, the Bloody Mary is a truly unusual vodka-based cocktail, thanks to the presence of tomato juice, tabasco and worchester sauce. It was born in 1939 in New York by the hand of George Jessel and owes its name to the bloodthirsty Mary I of England. Here’s how it is prepared at home.

Pour the tomato juice, worchester sauce, tabasco and vodka into a shaker. Add a pinch of salt and a pinch of pepper. Add some ice cubes, mix gently then filter everything and distribute it in two glasses. Serve garnished with a slice of lemon.

This cocktail, due to its iced tea-like appearance, is also known as Long Island ice tea . Yet tea does not appear among the ingredients, it is only the combination of the various spirits to restore the characteristic color. According to legend, in fact, it was born at the time of prohibition where finding any alcohol was really impossible. Once found, they were mixed with cola to give it the appearance of a tea.

Three ingredients are enough to prepare White Russian and yet it is difficult to find a cocktail with vodka that can represent Russia better than this. The name has a double meaning: on the one hand the “whites” were those sided with the Tsar during the Russian Civil War, on the other it refers to the white color of the drink that reached the peak of its popularity with the film Il Big Lebowski .

Pour the vodka and coffee liqueur into the glasses and mix. Then put the milk cream in the shaker together with some ice cubes, shake and then pour into the glasses. Decorate as desired with a few flakes of chocolate.

The Black Russian is a stronger version of the vodka cocktail we just looked at and is made with just two ingredients. It was born in Luxembourg to meet the needs of the American ambassador and has never lost its popularity ever since.

Fill a cocktail glass with ice, pour the coffee liqueur then the vodka and mix well. Serve immediately.

Originally from Brazil, caipirinha is a cocktail with a high alcohol content and an intense aroma of lime and mint. Preparing it at home is really simple and is ideal for summer evenings with friends. It is the Brazilian cocktail par excellence in fact the term caipira indicates precisely the inhabitants of some rural areas of the country.

Cut the lime into chunks and crush it in the shaker with the brown sugar. Cover with crushed ice then pour in the cachaca and mix. Decorate with fresh mint and a slice of lime.

The name literally means screwdriver and apparently derives from the custom of mixing the two ingredients of the screwdriver, vodka and orange juice, with a screwdriver.

Fill a glass with ice then pour in vodka and orange juice and give a quick stir before serving.

There is no more famous cocktail than vodka martini and this is largely thanks to James Bond . It is a predinner cocktail, ideal as an aperitif, and prepared with very few ingredients.

Chill a margarita glass with ice cubes, then throw it away. In a mixing glass, mix vodka and vermouth, cooling it with ice. Pour everything, filtering it, into the glass, break the surface of the liquid with the lemon peel and flavor the edge of the glass with it.

Have you found the right vodka drink for you?