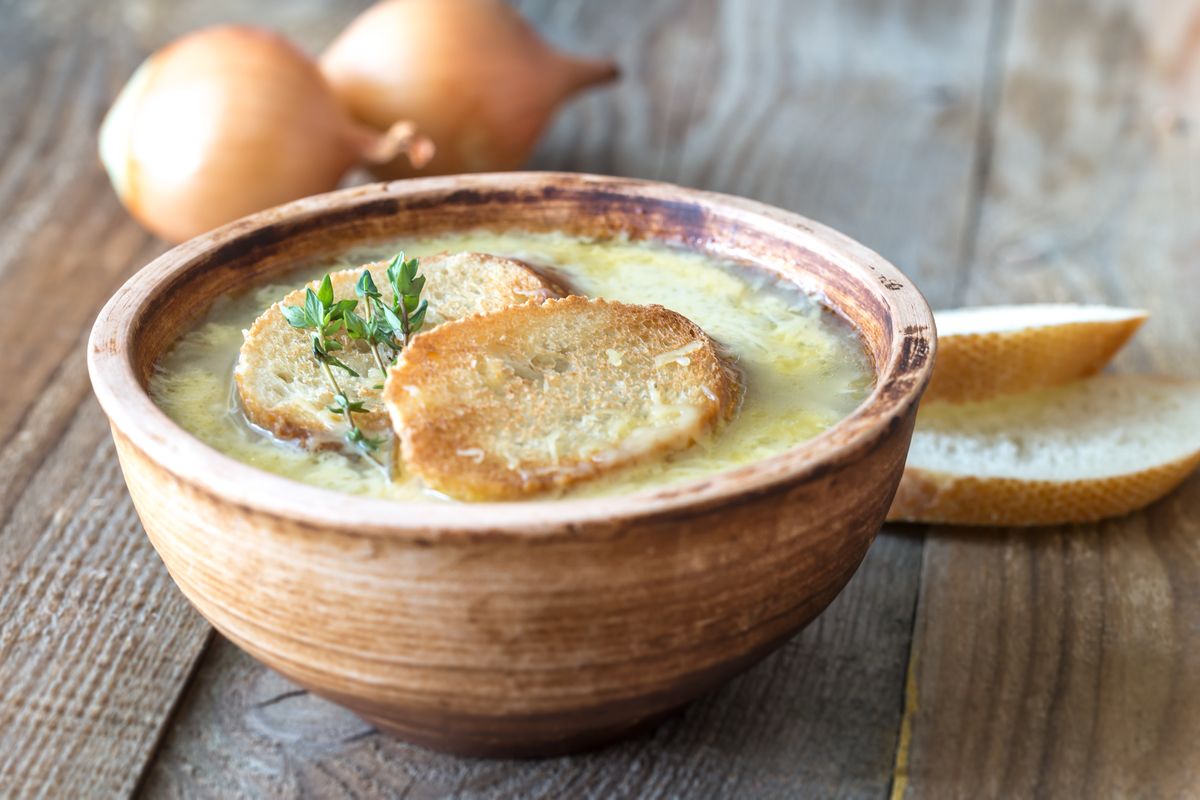 Tasty and creamy, here’s how to make onion soup with the Thermomix (and without flour) and make the French recipe faster.

There are few ingredients needed to make onion soup with the Thermomix. It is loved by many, but many others will – surely – still have some hesitation in trying it. However, you should know that in this preparation the main ingredient is cooked for a long time, along with other elements. For this reason, its strong flavor is lost and becomes softer, making it all sweet and savory . You can, therefore, be sure that this dish will not affect the state of your palate, after having tasted it.

Having said that, there is a clarification on where the white onion soup was born. The original recipe has its roots in the past, more precisely in the distant 1553. When Catherine de Medici was given in marriage to the King of France, the cooks borrowed this typical preparation from the Italian tradition. It was they who reworked the procedure, making the dish one of the most popular in the French repertoire, until today.

Preparing the recipe for onion soup with the Thermomix

Once you have tried it, you will no longer be able to do without this French onion soup, made with the Thermomix. You can keep it for 1-2 days in the fridge , well covered, and then reheat it if necessary.

To enjoy an even more particular soup, prepare the Florentine onion soup or the classic onion soup !