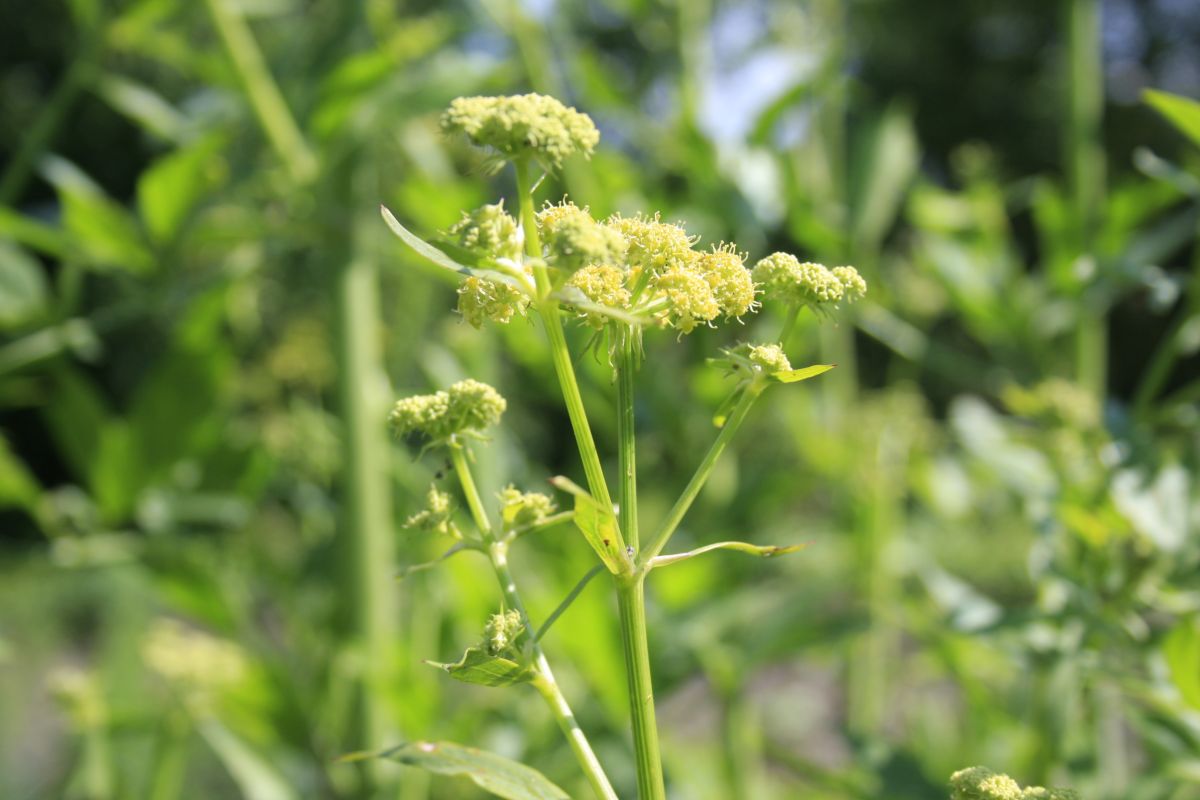 Known for its diuretic and soothing virtues, lovage is widely used in phytotherapy, cosmetics and cooking. Here are all the properties of mountain celery.

Lovage, also called mountain celery, is a medicinal plant that is also suitable for cultivation in pots. Used since the Middle Ages, it has many benefits, but it is known above all for its anti-inflammatory , diuretic and soothing properties that guarantee it is widely used not only in phytotherapy, but also in the cosmetic field and in the kitchen. Here’s everything you need to know about lovage.

History and characteristics of the lovage

This medicinal plant, native to the eastern Mediterranean and also known as mountain celery or parsley of love, takes its name from the Latin “levare”, meaning to remove, with reference to its soothing and healing properties. In fact, since the Middle Ages, it was used to calm pain, especially by Benedictine monks.

Its use in the kitchen dates back to the times of the ancient Romans, who used it as an additional ingredient to the ‘garum’, the sauce made from interiors and salted fish used as a condiment for first and second courses.

Properties and benefits of lovage

As mentioned, lovage enjoys many properties, thanks to its various active ingredients: it is in fact composed of resins, tannins, sugars, vitamin C and essential oils. Among its main virtues, we include those diuretic, antiseptic , antispasmodic, antirheumatic, tonic and digestive that make it an effective plant to counteract and soothe ailments of various kinds.

It is in particular to an essential oil contained in the root of the plant that its precious diuretic action is due . This, in fact, stimulates the elimination of urine, while preventing the loss of mineral salts. It is therefore an effective remedy against disorders of the urinary tract such as gravel and kidney inflammation.

The lovage also helps fight water retention and swelling and aids digestion . Together, its antiseptic and anti-inflammatory power makes it effective against tonsillitis, bronchitis and other diseases affecting the respiratory system.

Lovage can also be used for cosmetic purposes because it has deodorant properties, which make it ideal for cleansing and perfuming the skin.

There are no particular contraindications in lovage, but it is not recommended for use in pregnant or lactating women and in subjects with reduced kidney or heart function.

The parts that are generally used in herbal medicine are the roots , but leaves, seeds and flowers are also widely used, especially in the form of infusions and mother tinctures.

The infusions of lovage leaves are particularly suitable for counteracting digestive disorders and relieving headaches . The infusion of seeds and the mother tincture are instead effective in relieving the pains of the menstrual cycle.

Lovage in the kitchen

In addition to infusions, decoctions and herbal teas, of which we have already seen the many beneficial properties, in the kitchen it is used above all as a condiment to flavor first and second courses. Its intense aroma and spicy flavor make it suitable for giving flavor to salads, soups and main courses of meat.

Not only that, its strong flavor makes it an ideal component for vegetable cubes , with which broth is prepared, while its leaves are a precious ingredient for flavoring liqueurs.

It is also possible to consume lovage sprouts , which generally only come with a little extra virgin olive oil and balsamic vinegar.