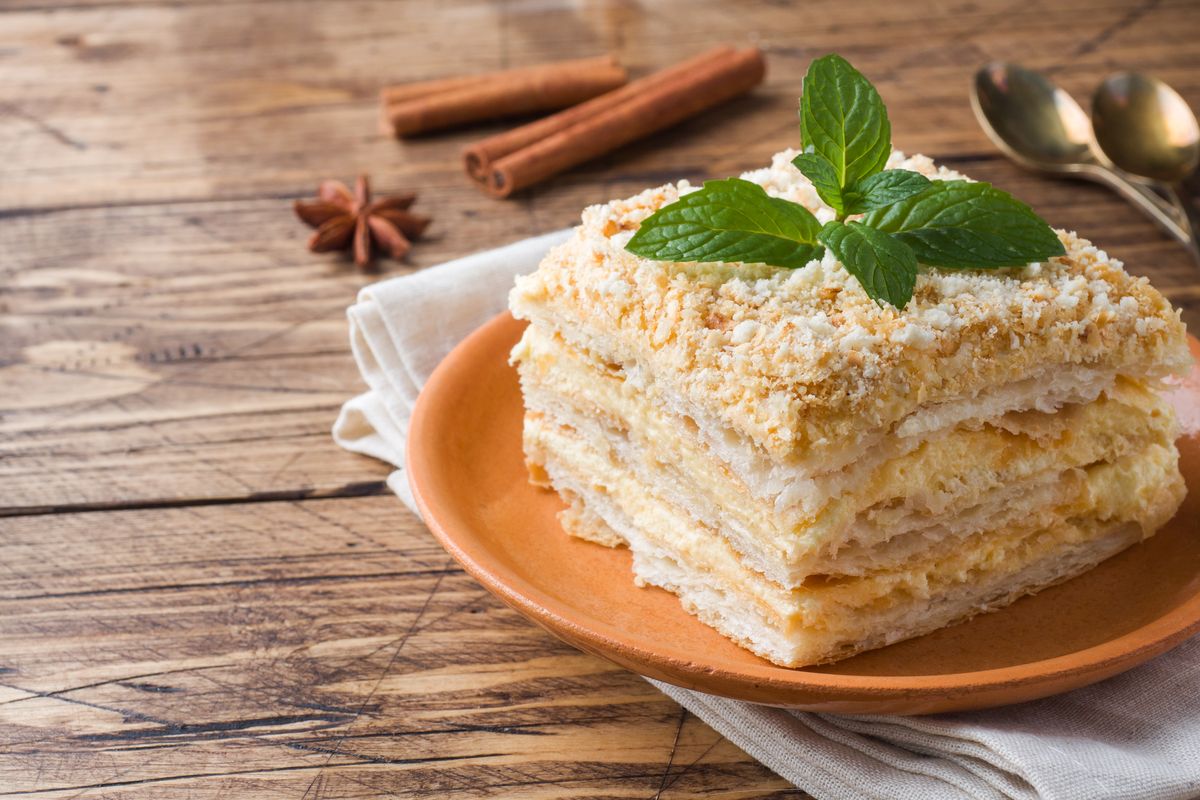 The millefeuille with cream is a refined and delicious dessert that can be prepared at home from scratch thanks to our recipe.

The millefeuille, also known as Napoleon , is a typical dessert of French cuisine which, however, has been able to conquer palates from all over the world. In the traditional version it consists of three layers of puff pastry filled with cream . To complete the cake, a covering, usually made with icing sugar. However, there are several variations of the millefeuille dessert which mainly concern the filling. In fact, cream is sometimes substituted for cream, Chantilly cream or even jam is added.

The origins of the millefeuille with cream are lost in the meanders of time and it is not clear when it was born. Traces of it can already be found in an ancient cooking text dating back to the 1600s, but it was only in the 1800s that it spread outside France, conquering the rest of Europe. But let’s see in detail how to make the millefeuille.

The millefeuille, as mentioned above, is made up of three layers of puff pastry. The simplest way is to buy it ready-made, but the satisfaction of preparing it at home is really great. Then, just cook it in the oven and fill it all with custard. For convenience we will divide the recipe into:

From the listed ingredients, you will need:

How to make folds

How to cook millefeuille pasta

At this stage, you will need an egg yolk and powdered sugar to taste

The other fundamental ingredient for the millefeuille is the custard. You can prepare it following the recipe you prefer but the one we bring you back is really perfect: creamy and compact at the right point, it will be the right support for your dessert.

Ingredients for the millefeuille cream

How to assemble the millefeuille cake

At this point the main ingredients of the millefeuille recipe are all ready and all that remains is to assemble the dessert.

What we have seen is the basic recipe, more relevant to the original, but there are really many variations, one better than the other. The changes usually only affect the filling therefore, in addition to the classic cream puff pastry, you can prepare:

What do you think, have we convinced you to prepare the homemade millefeuille cake? If so, you might also be interested in preparing some delicious croissants … one better than the other!