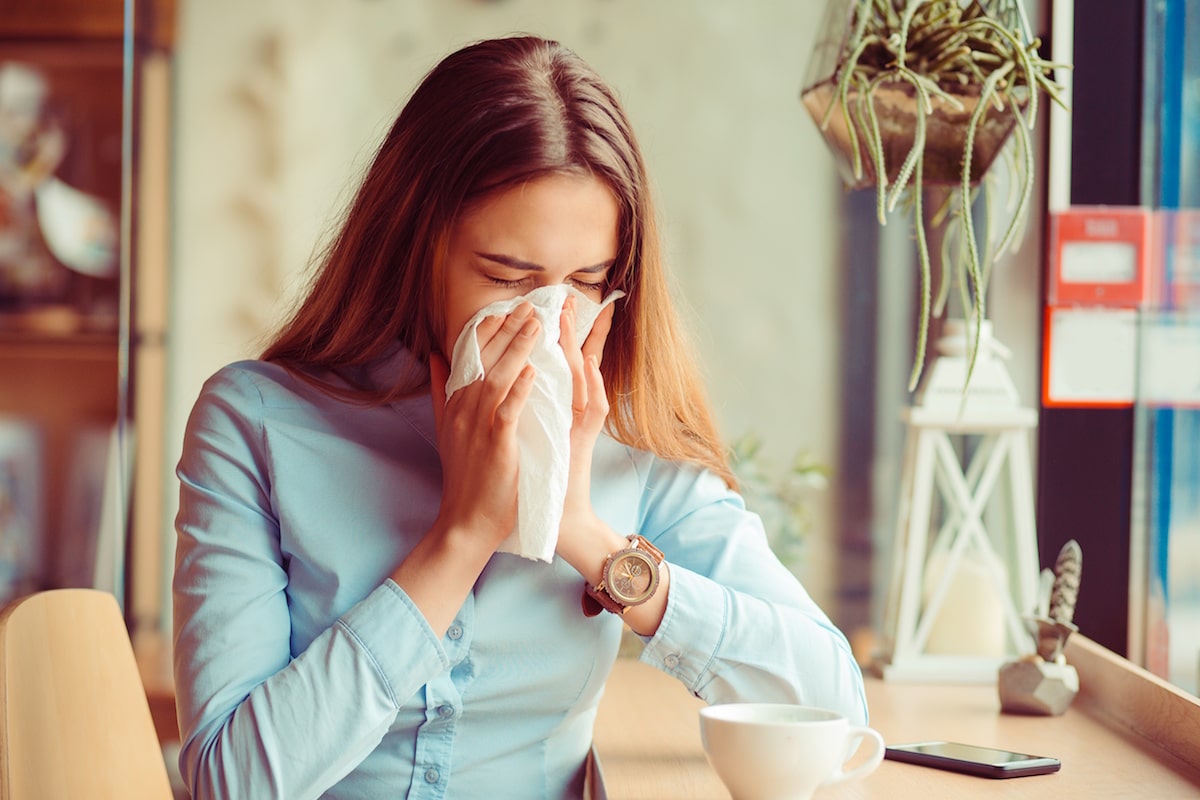 Nasal congestion is one of the main symptoms of various types of pathologies . Starting from the classic cold, up to some allergies.

Nasal congestion is one of the main symptoms of various types of pathologies . Starting from the classic cold, up to some allergies.

Virtually everyone knows the symptoms of nasal congestion , since it is estimated that anyone, at least once in their life, can be affected by the flu or cold. We are talking about a nosebleed, with the feeling of not being able to breathe, which forces many to do it with the mouth. Congestion is usually caused by two concomitant factors: on the one hand, the veins that pass into the sinuses are inflamed and swollen, creating a slight mechanical obstruction to the flow of air.

On the other hand, allergy, cold or flu causes a consistent increase in nasal secretions. The result is the almost complete impossibility of allowing inhalation and exhalation through the nose. The mucus present in the nose often tends to run autonomously, the nasal cavities can also burn or you may feel a more or less consistent tingling. If the congestion continues over time, the inflammation can also spread to the sinuses, resulting in headache and lightheadedness.

The causes of nasal congestion

As we have said, the main causes of nasal congestion are very widespread and easy to recognize, we are talking about colds and the flu , or an allergy. Respiratory symptoms are often related to allergies to foods or to substances that are inhaled, such as pollen. We speak in these cases of allergic rhinitis, as the allergenic agent directly stimulates the nose and the surrounding areas.

Colds and flu are instead caused by inhaled pathogens, as is the case with viruses, which are very common at particular times of the year. Nasal congestion, however, can be caused by taking specific drugs , by the presence of nasal polyps, by other diseases such as bronchitis or sinusitis. If nasal congestion is short-lived and not excessively disabling, over-the-counter medications or the use of a natural nasal decongestant can be used. In case the congestion lasts more than 2-4 days, or leads to particularly important symptoms, then it is advisable to consult your family doctor.

There are numerous self-medication drugs on the market that help in case of nasal congestion. However, not all of them have the same effectiveness or can be used in any circumstance. As we have said, the causes of the disorder can be various: before taking a drug it is always good to ask a doctor or a pharmacist for advice, even when it comes to so-called over-the-counter products.

It is also worth noting the fact that some decongestant drugs are among the causes of the same, especially if used excessively and without resorting to the advice of a doctor. When nasal congestion is due to transient problems, such as allergy or the flu, natural methods can be used to reduce the symptoms. Such as nasal washes or the use of balsamic essential oils in the environment .