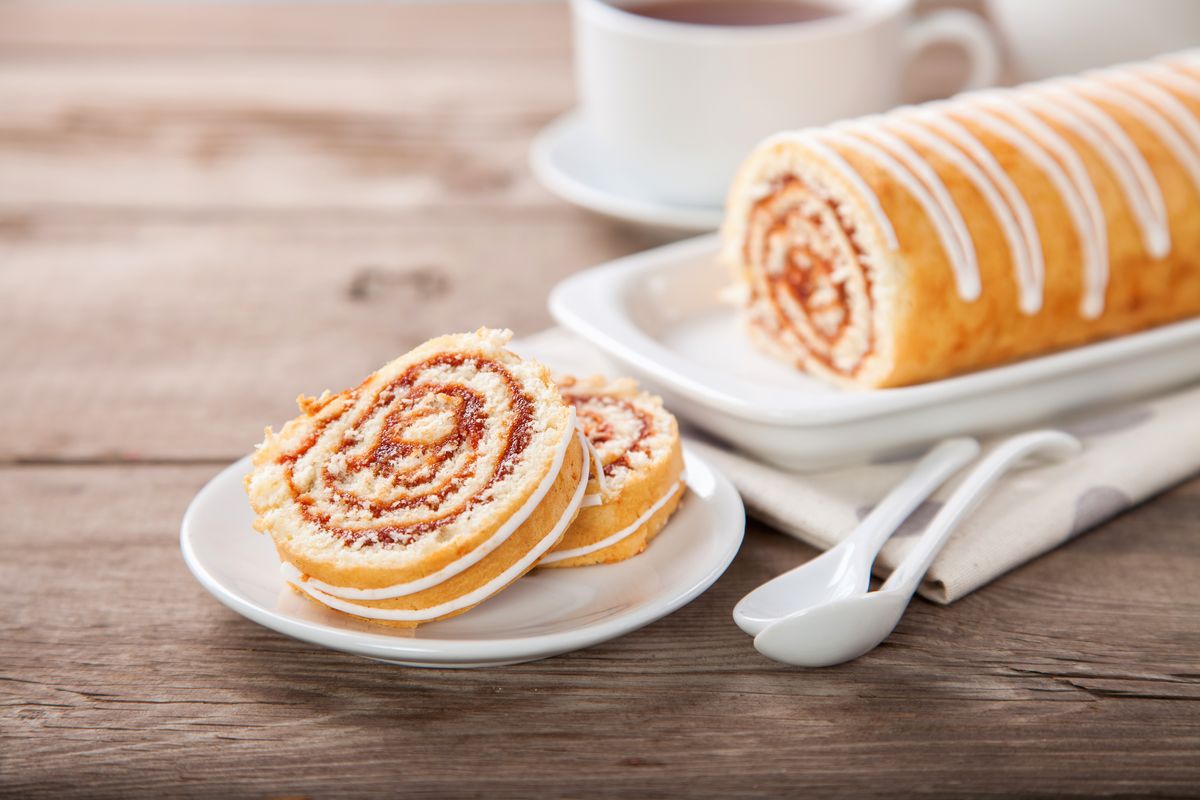 The king’s salami is a roll of biscuit dough soaked in alchermes and stuffed with traditional and chocolate custard. Too greedy!

The king’s salami is a typical recipe of central Italy that recalls, due to the combination of flavors, the classic English soup. To contend for the authorship are Tuscany and Umbria and, as always when it comes to traditional recipes, it is impossible to find a meeting point. It owes its name to the sumptuousness of the preparation but also and above all to the presence of chocolate , once the prerogative only of the nobility.

It consists of a roll of biscuit dough soaked with alchermes , which gives it not only a pleasant peach aroma but also a beautiful pink color, and filled with custard . Ideal to be served at the end of a meal, the king’s salami with the Umbrian recipe will unanimously conquer all palates. Are you curious to find out how it is prepared?

How to prepare the king’s salami with the original recipe

If you like these recipes we suggest you also try the Nutella roll : it will win you over at the first taste!

The king’s cake can be kept in the refrigerator, well covered with cling film, for 2-3 days . We advise you to bring it back to room temperature for about ten minutes before serving.