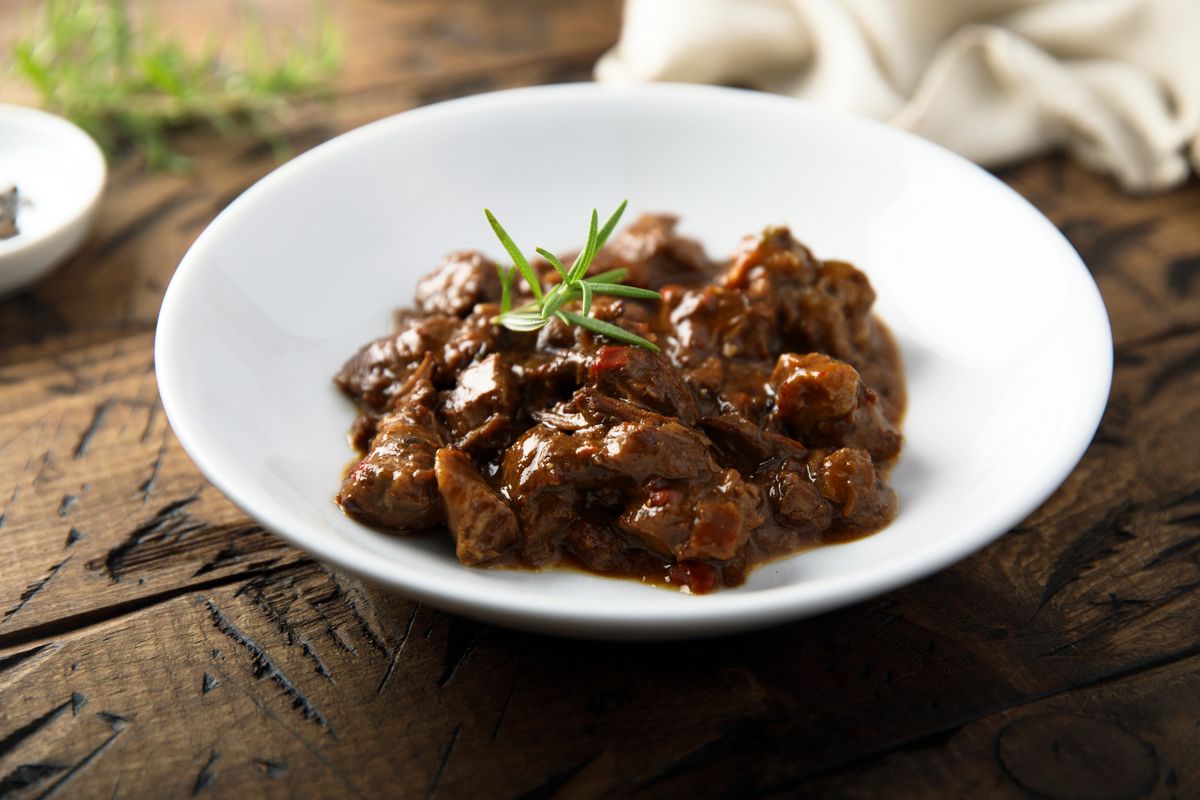 To flavor your meat dishes, there is the salmì recipe. Here is what it is and the best ideas to do in the kitchen.

Some of you may be wondering what salmì means, let’s explain immediately, that this term indicates a particular and ancient recipe. Its origins are very distant, dating back to the Roman Empire . A preparation, therefore, belonging to the Italian culinary tradition and based on red wine . The preparation we are dealing with today is suitable for cooking game.

How to prepare the salmì

The general preparation is suitable for a large variety of meat. What is needed is a lot of red wine and many aromatic herbs , which make the dish even tastier. Accompany everything with vegetables and spices which, during cooking, can also melt and merge with the delicious sauce with a delicious aftertaste.

As already mentioned, this recipe goes very well with game meat. Among the most popular and popular preparations there is the one that includes wild boar meat with jugged , hare , venison , duck , roe deer and partridge . You can flavor everything with the addition of carrots, onions and garlic and (don’t forget) many aromatic herbs. Among these, the most used are chives, rosemary, thyme.

The meat of poultry animals is also excellent: hare and goose are the most popular . Tasty, however, also that of hen which, during the reduction of wine, retains the liquid. By absorbing much of the sauce, it remains tender and juicy.

The taste of salmì is the right reward for a lot of work. You can keep meat cooked with this technique in the fridge , closed in an airtight container , for a maximum of 3-4 days .

Origins and meaning of the salmì recipe

Known already in Roman times, this preparation was much more widespread in the Middle Ages . In those years, it was mostly used to flavor stews and braised meats. Over time, it has been discovered how to adapt it to a wider variety of products. To be precise, it is a particularly popular cooking method in northern Italy and consists of a red wine-based sauce .

A technique used for cooking game and game meat . Its task is to bring out the flavor of this meat even more. The success of the dish also depends on the wine you choose to use. In order not to spoil the excellent quality of such a sought-after meat, you might prefer a bottle of the same quality, such as Barolo . However, if you prefer a cheaper label, the result will still be luscious.