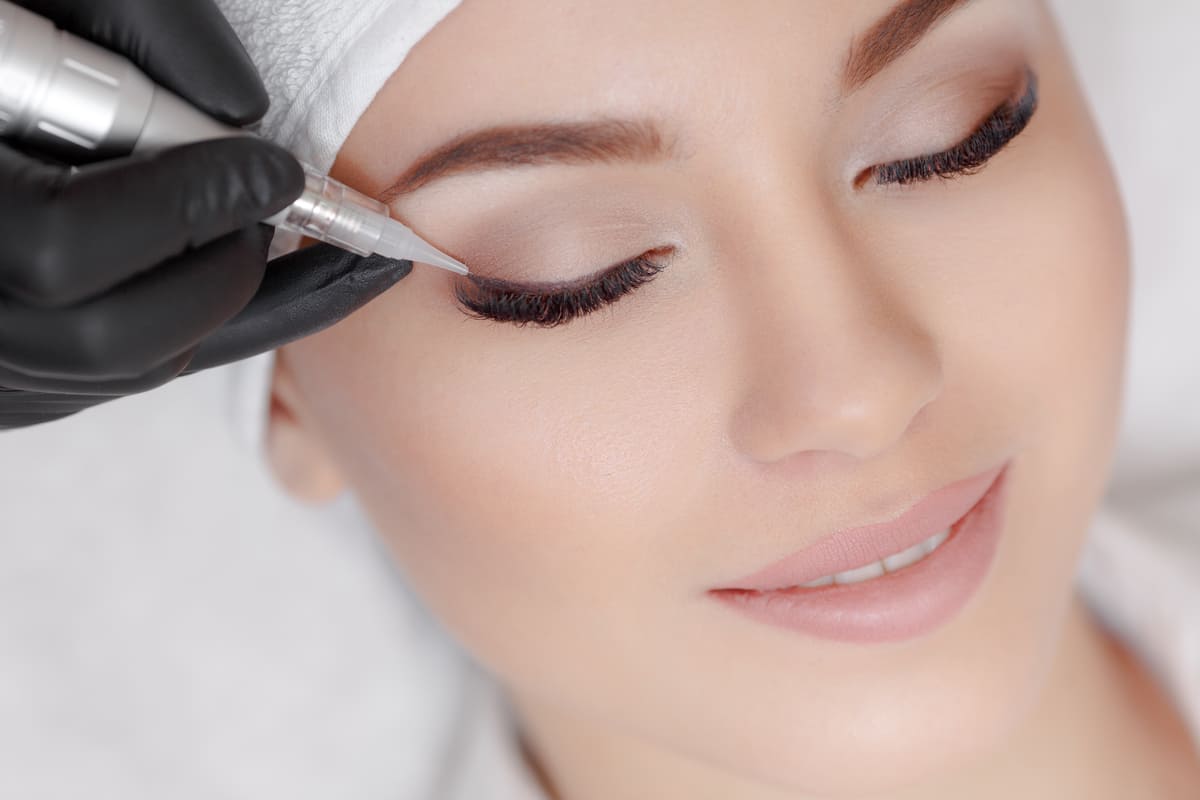 Semi-permanent make-up is the ideal choice for those who want always flawless make-up. Let’s see how it works!

Do you dream of waking up already perfectly made up and not having to remove make-up every night? Then what is right for you is the semi-permanent makeup ! It is a technique similar to that of the tattoo, made using a special machine, which makes hundreds of micro-holes per minute and injects an organic pigment.

Unlike the classic tattoo, the cosmetic one is long lasting, but not permanent . Usually the treatment needs to be retouched every year or every two, because some factors, such as sebum, sun exposure and chlorine, can cause the color to fade. Semi-permanent make-up is great for redrawing eyebrows, defining the lip contour or for tighlining the eyes.

Semi- permanent make-up for eyebrows , or microblading , is perfect for shaping and filling in too sparse eyebrows, or for drawing them from scratch in case of alopecia and other pathologies that cause them to fall out.

There are two different types of tattoo: the full one, with saturated color, which fills the entire area of ​​the eyebrows; the “sleeping” one , with which many small dashes are drawn, so that they look like real hair. The result of the second technique is obviously more natural. The cost of the eyebrow tattoo ranges from 300 to 500 euros .

With the semi-permanent tattoo it is also possible to carry out tighlining , that is the technique with which a line is drawn along the upper inner rim of the eye, to make the eyelashes appear thicker.

In addition, you can also design a line of semi-permanent eyeliner , perfect for those who love this type of make-up, but never manage to make it flawlessly in the morning! The eye tattoo lasts about a year and costs between 300 and 400 euros .

Finally, with semi-permanent make-up you can draw the contour of the lips , to make them fuller and more defined. Of course, it doesn’t have to be done too far from the edges and the color of the pigment has to be almost identical to that of the lips. The duration is about two years and the cost varies between 400 and 500 euros .