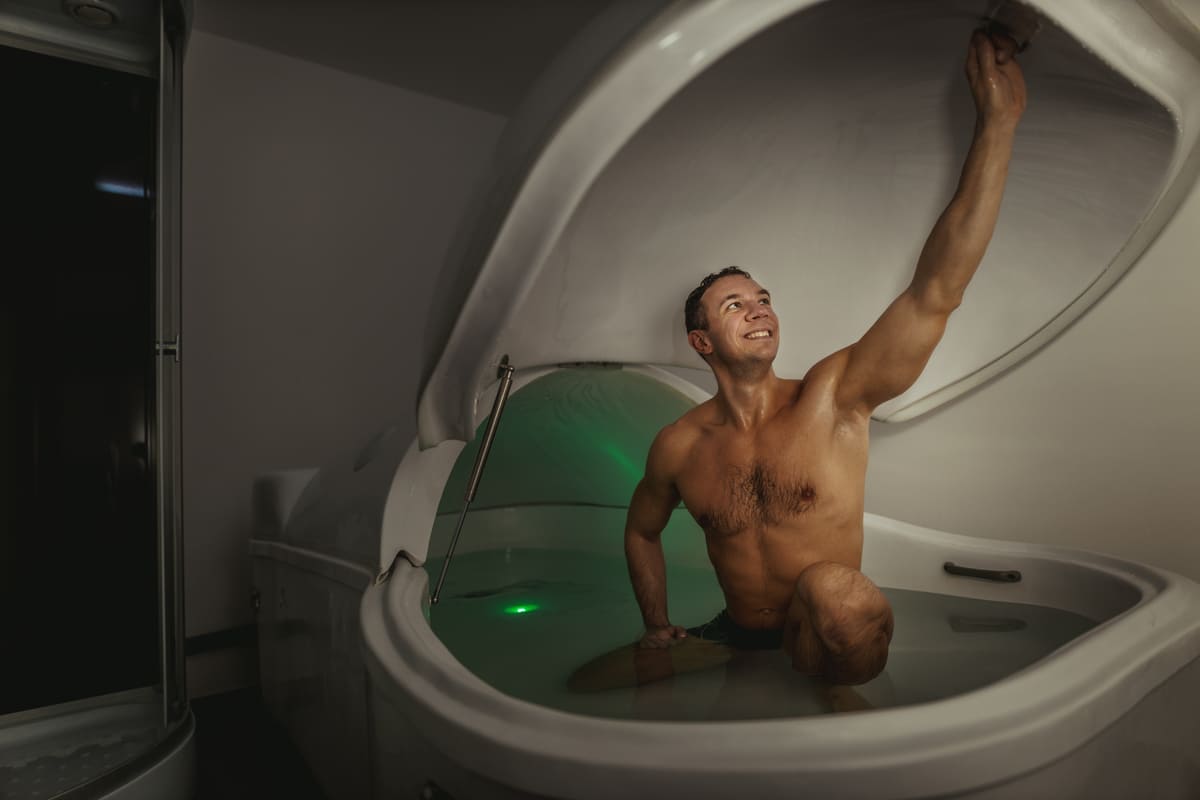 This new relaxation method, also known as floating, allows you to eliminate any tactile or thermal sensation. This is how the sensory deprivation tank works.

The sensory deprivation tank, also known as the floating, was developed to study the functioning of the brain . Years later, this special machine is being used as a new way to relax. In fact, thanks to total immersion, it is possible to eliminate any type of sensation, so much so that it is compared to a return to the mother’s womb. Let’s find out what are the benefits it can bring to the mind and body.

Sensory deprivation tank: how it is born

In 1950, neuropsychiatrist John C. Lilly invented a machine capable of minimizing the activity of all the senses. The sensory deprivation tank was intended to detect changes produced by the brain. Thanks to the condition of complete isolation offered by the tub, Lilly understood that it was possible to achieve a relaxing and regenerating sensation. At the time, however, the neuropsychiatrist did not enjoy a good reputation and his studies were not considered by the scientific community.

Later, however, the interest in floating became more lively, with some studies in the military field . In fact, thanks to these machines it is possible to strengthen the mind and body, so much so that NASA uses them to train its astronauts. In any case, it was only twenty years after its invention that the sensory deprivation tank really took off.

Professional athletes were the first to use these machines as they are very useful for muscle recovery. Today it is mainly spas and wellness centers that use sensory deprivation pools and everyone can take advantage of the benefits they offer.

Sensory deprivation tank: how it works

Let’s now understand what a sensory deprivation tank works and what its characteristics are. Specifically, it is a fiberglass structure, which contains a liquid rich in magnesium sulphate. The temperature of the solution is constant 34.8 ° . In this way it is possible to recreate absolute silence and darkness, excluding any type of stimulus coming from the outside.

When you dive into one of these tanks, which are only 20 cm deep, you start to float . After a few minutes it is already possible to experience the first changes such as loss of body boundaries and deep relaxation. In fact, the body feels relieved of fatigue and the commitment to maintain a certain gravitational attitude. Furthermore, the state reached thanks to floating allows to release endorphins, relieving stress.

As it is easy to imagine, the sensory deprivation tank gives great benefits to the whole organism, but in particular to the nervous system . This is because the state that is reached by remaining immersed in the tub is very similar to meditation. In fact, it is an extremely relaxing sensation, so much so that it also relieves some states of anxiety.

Also known are the benefits at the muscle level, without considering that it helps the prevention of migraines, colic, even menstrual , and relief for the tensions typical of pregnancy. The sensory deprivation tank also manages to stimulate creativity and, more generally, the activities of the intellect.

Despite the many benefits, there are also contraindications to using the sensory deprivation tank. In fact, due to total isolation, some individuals can experience distress and, according to experts, they should avoid floating:

– those suffering from low blood pressure
-epileptics
– those with major injuries

In the latter case, the substances present in the bath liquid could further damage the wounds.