Sitophobia: what does it mean, what it is and what are the symptoms

Sitophobia: what does it mean, what it is and what are the symptoms 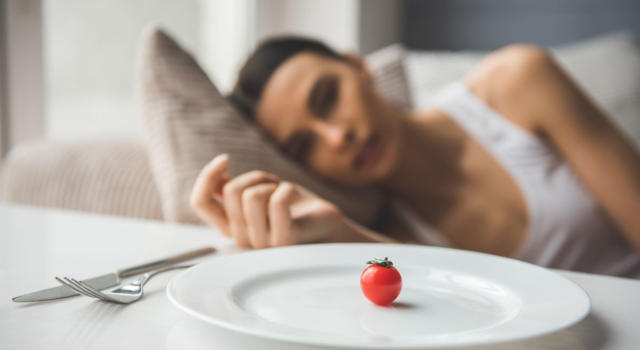 Sitophobia is a fear that leads to refusing food and which in the long run can therefore lead to anorexia. Let’s find out the causes and symptoms.

Sitophobia is a real fear of food . It often occurs in the presence of depression or psychosis but can also arise as a result of psychological trauma caused by food allergies or negative experiences such as being choked while eating or having had food poisoning.

The meaning of sitophobia comes from the Greek term sito which means food and from the word phobia, which indicates extreme fear of something. In medical jargon, these two words put together indicate the fear of eating. Problem that leads to refusing it to the point of giving up eating. It is therefore a rather important problem that if continued for a long time can lead to anorexia .

Typically sitophobia is found in people suffering from schizophrenic psychosis or severe forms of depression . Other times, however, it can occur for other reasons such as the fear of poisoning oneself with food, of choking, of getting fat, etc … In some cases it can be the consequence of diseases such as pancreatitis or abdominal angina.

Although more rarely it can occur in people who have suffered a food-related trauma and who therefore have had a severe allergic reaction after ingesting something or who have choked to the point that they need to receive help. Typically, the symptoms are:

As you can imagine, to treat sitophobia it may be necessary to resort to an esophageal probe, which is essential to offer the body the nutrition it needs.

This will obviously be combined with a therapy that leads to trace the exact causes that led to the phobia. Therapy to which the gradual resumption of food will be added. This process must be followed by a team, in order to avoid the onset of new traumas. This is a problem to be recognized and addressed as soon as possible in order to prevent the damage to the body from becoming extreme.

Pantothenic acid: everything you need to know about vitamin B5

Gluten intolerance: the symptoms and differences with celiac disease you should know

Red spots on the skin? Here’s what they can depend on

Skin rashes: what they are and why they arise

How not to sweat: the most effective techniques

Allergy to the sun: what it is, the symptoms to recognize it and how to behave

Vitt: what is it, what are the symptoms and what correlation it has with vaccines