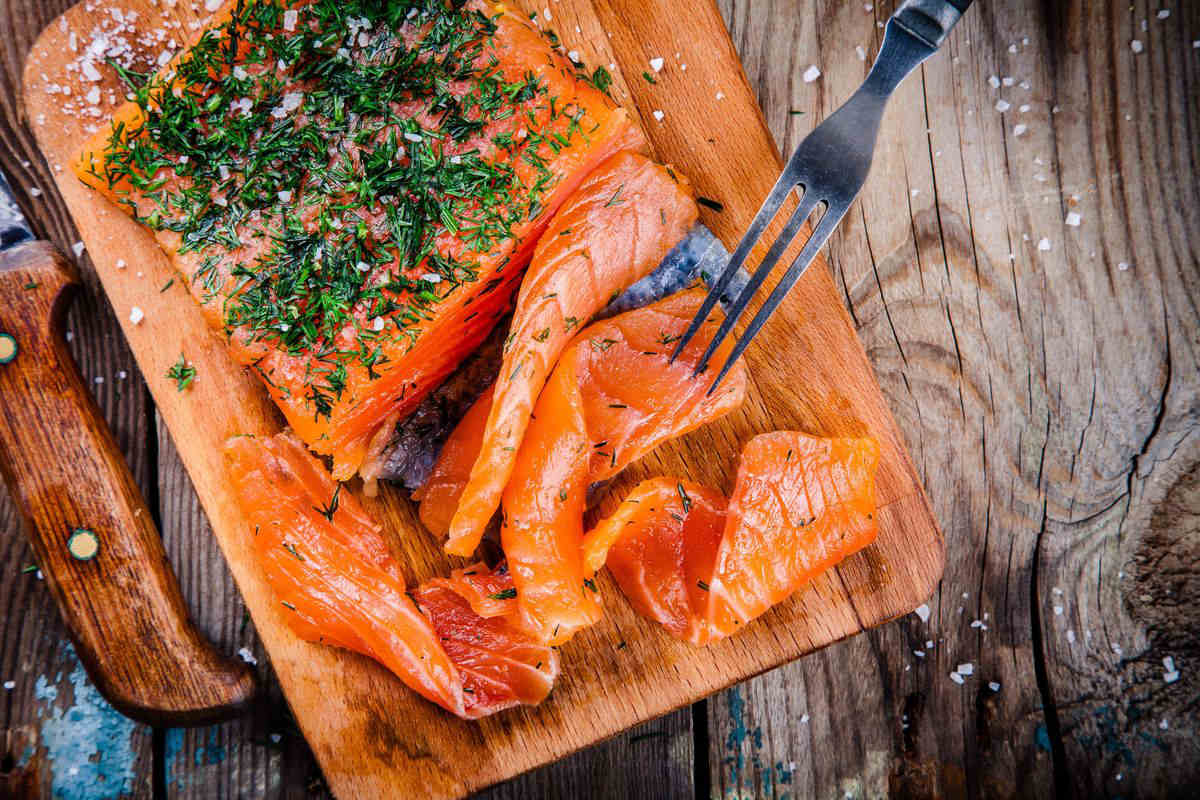 Smoked salmon is an amazing ingredient to say the least. Here’s how it’s done at home, some ideas to serve it and its characteristics.

Smoked salmon is one of the most popular ingredients on our tables, especially on special occasions. It has very ancient origins and, as it is easy to guess, the smoking process was an obligatory choice to preserve the fish for longer. But who were the first to prepare it? Can you make homemade smoked salmon? We are about to discover this and much more.

Originally, the sole purpose of smoking salmon was to extend the shelf life. Traces of it are found for the first time in North America but if we were to indicate the population that most of all had put this product at the center of their lives then we must get to the Celts . For them, salmon was a sacred animal, the bearer of ancient knowledge, and they loved drying its meat over the fire, just before winter came.

Following the invasion of the Romans , salmon also entered the diet of Southern Europe. It was also on this occasion that its name was coined, salmo salar : in fact, salmo was the name given to it by the Romans, while salar was as the Celts called it.

From this moment on, the technique of smoking salmon spread throughout Europe reaching as far as Russia where it quickly won the favor of the Tsar. It is therefore no coincidence that this ingredient is omnipresent in their recipes.

Today, smoked salmon is obtained from two different species: the salmo salar we have just talked about and other species of the Oncorhyncus family. The former are usually farmed salmon , while the latter are fished in open water. As it is easy to guess between the two products there are substantial differences which inevitably have to be reflected on the price as well as on the quality.

In fact, smoked salmon costs from 20 to 100 euros per kilo and to understand the difference between the various products, as always, it is essential to read the label. In fact, this shows the species to which it belongs, whether it was bred or fished (and, in this case, how), the place of fishing and that of processing. The result is a product now present on tables all over the world and with uncommon nutritional characteristics, which, however, must also be carefully considered to know how much to consume weekly.

In fact, the nutritional profile follows in the packaging of the packaged fish. In all cases we will have a significant protein intake and a high content of Omega 3 fatty acids, useful for counteracting cellular aging. The content of microelements such as phosphorus, calcium and iron is also excellent.

As for the calories of smoked salmon, don’t worry. It is true that it is a fat product, but it is those fats that are beneficial to the body, so the approximately 150 kcal per 100 grams of product can be taken without too much guilt.

How to make homemade smoked salmon

We have illustrated the so-called cold smoking , where the salmon is not cooked but only, in a certain sense, flavored with the chosen wood. This is very different from the first rudimentary techniques in which salmon dried completely and needed to be rehydrated to be consumed.

How to serve smoked salmon

We are certainly not the ones who have to tell you how good smoked salmon is, even on its own. We are sure that on more than one occasion, during the preparation of some recipes, you have stolen a piece, savoring all the intense aroma. But it must also be said that there are many recipes with smoked salmon that can be prepared.

The simplest and most popular is the smoked salmon pasta prepared by flavoring the sliced ​​salmon with shallot and then adding cooking cream. To complete, just a little pepper and freshly chopped parsley. Simple right? But if you don’t like cream then you should opt for the salmon pasta without cream , equally delicious.

Staying on the subject of daring first courses , how can we not mention the smoked salmon lasagna , perfect for all occasions, from those with the family to the more formal ones. As a quick starter instead, let yourself be tempted bythe smoked salmon mousse : nobody, absolutely nobody, will be able to resist it.

A much simpler recipe, perfect for fully savoring the smoky aroma , consists in preparing a smoked salmon carpaccio, cutting it into thin slices and seasoning it with just a touch of raw oil.

Of course, being fresh salmon fillets you have to calculate that they will not be good for more than 2 days (after smoking) we therefore recommend that you freeze a part if you do not plan to use it soon, or give it to relatives and neighbors boasting of having home-smoked fish all by yourself.