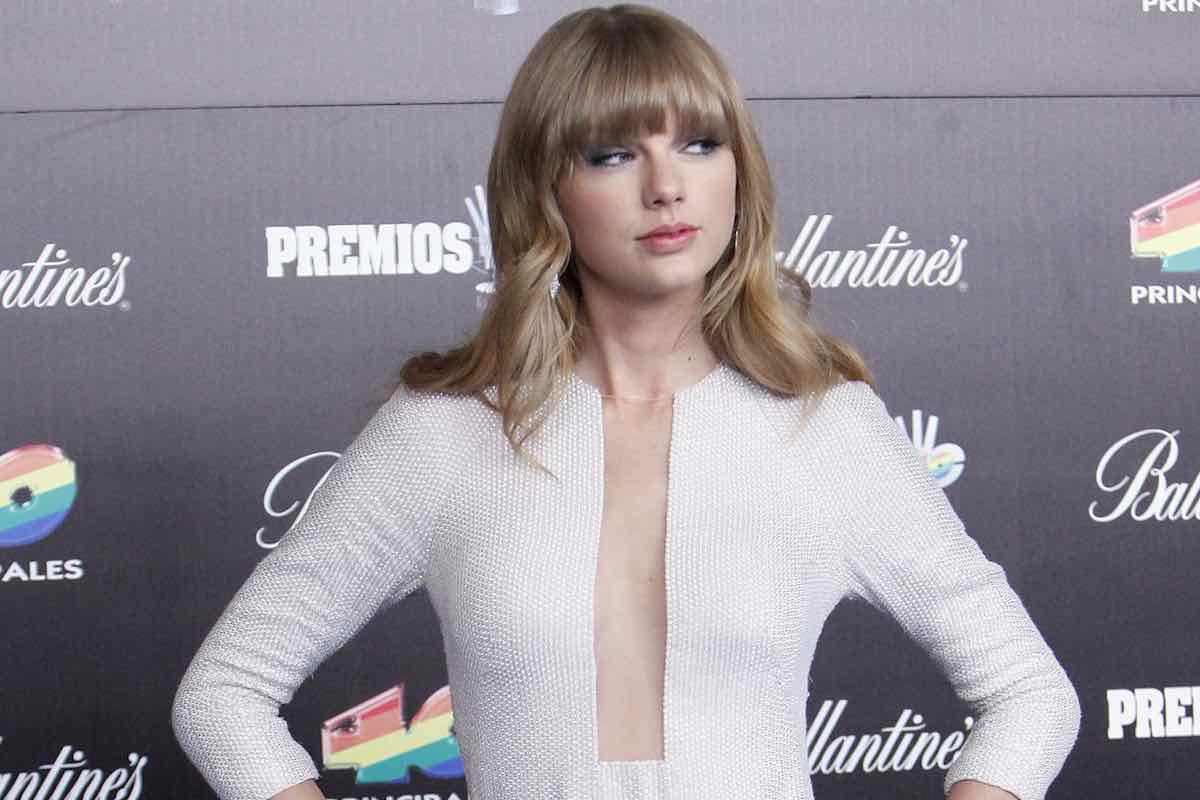 The contribution that Lady D has made to fashion is immense, and has also inspired Taylor Swift’s latest look.

Romantic, country, delicate: whatever adjective we can choose to approach Taylor Swift, she will always convey something genuine and kind, exactly as she has presented herself since the beginning, and which over time has earned her the nickname of sweetheart d ‘America . Pop certainly, attentive to trendy musical sounds, Taylor Swift has never abandoned the gentle dimension of her rural origins, and her look is a constant mirror of this style that in recent years often looks to retro. And the latest look that I recently chose is proof of this, and perhaps even a tribute to be grasped.

Taylor Swift was a guest last November 11 at Late Night with Seth Meyers , choosing a glamorous look that immediately captured the attention: not only because her mini dress was sexy but in a very elegant way , leaving her shoulders and legs uncovered , but also for the black color and the neckline they immediately recalled the famous revenge dress worn by Lady Diana . To embellish it also a black belt with precious gold decorations.

Of course, the model worn by the singer has a much more modern cut as well as being differentiated by the long sleeves , thus combining it with a dress with a 60s flavor , but it is the similarity that immediately made us think of the dress worn by Lady D. On the one hand there is it is therefore yet another proof that the fashion contribution that Diana has left in the world of fashion and costume is still evident , and there are many stars, influencers, not to mention the Royal Lady who are still inspired by her.

Revenge in progress or simply taste and admiration?

Many have wondered if the choice to wear a dress that unequivocally recalled Lady D’s revenge dress was linked to a particular moment experienced by the singer, who nevertheless lives a very happy moment, fresh from winning a Grammy and in full creative phase. of his upcoming musical projects. And in affairs of the heart? Recall that for Lady D the dress of revenge represented the end of her love story with Carlo and the abandonment of real life: thus breaking the usual dress code required of a real woman, she closed a chapter to start a freer one. . The dress represented exactly this state of mind.

In the case of Taylor Swift, however, it is possible that the choice of the dress signed by David Koma and costing 1644 euros , was really a tribute to the style of Lady D or simply the choice of a decisive and even a little more rock look in a very important moment of her life, which is rumored to lead her to the altar very soon.