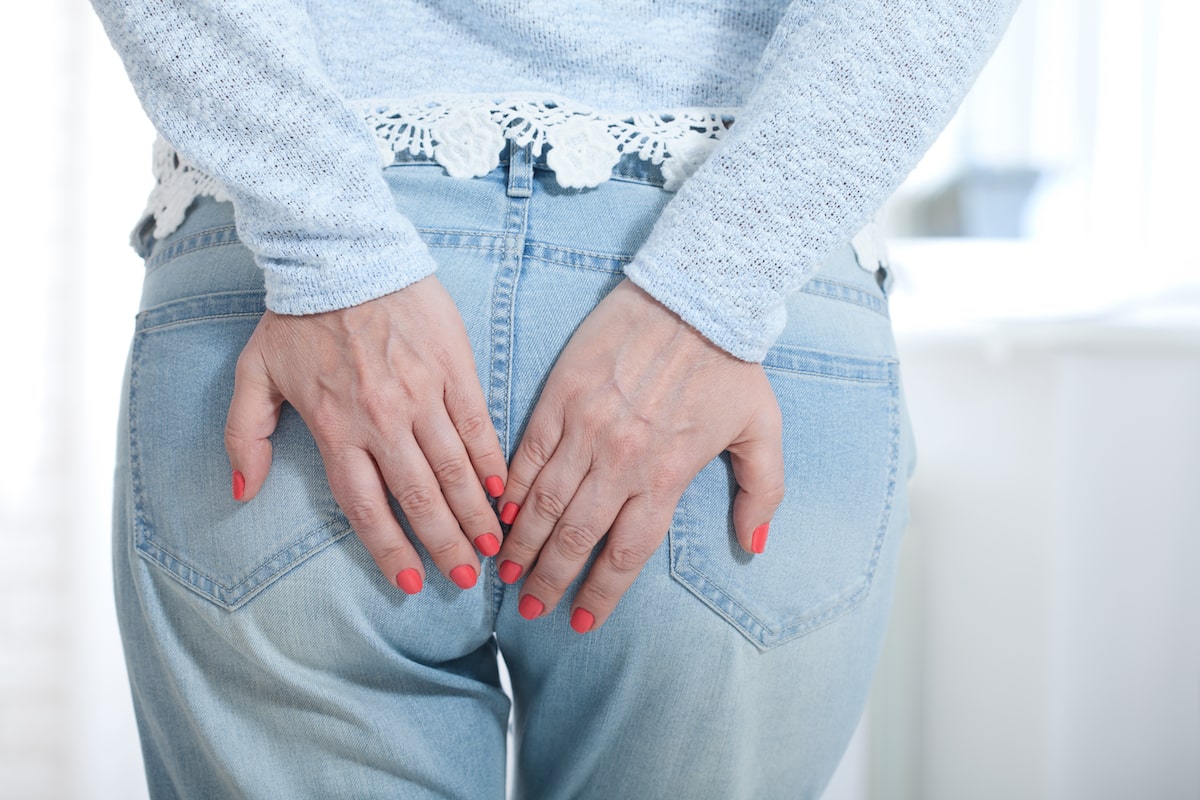 Here are the best natural remedies for hemorrhoids: how to cure them, the symptoms, the causes and everything about nutrition and prevention of this disease.

Therefore, the term we use for the condition, hemorrhoids, is actually incorrect. When these become inflamed and dilated excessively, they can cause annoying varicose veins , which can be fought and prevented with numerous natural remedies. Let’s find out which ones, but first, let’s deeply analyze what they are and what are the symptoms and causes of hemorrhoids.

What are hemorrhoids and their main causes

In common parlance we speak of hemorrhoids when we mean the excessive swelling or inflammation of the pads themselves. There are two types of hemorrhoids: internal, which do not protrude from the anus and usually occur above the sphincters that are responsible for regulating the opening and closing of the rectum, and external hemorrhoids, which can be seen with the naked eye and are usually characterized by a reddish color, sometimes tending to blue, and can be more or less soft depending on whether a clot has occurred or not.

Have you ever wondered why hemorrhoids come from? Think that according to some estimates it seems that about 60% of the world population suffer from this disease, and that it usually occurs after the age of 50 . As for the female sex, it is also not uncommon to see the phenomenon of hemorrhoids in pregnancy.

As for the causes, constipation , or in other words, constipation is certainly among the most common factors. Upstream of the problem could therefore be problems related to nutrition, including a diet low in fiber, but also excessive consumption of foods that inflame the rectal mucosa , such as spices, alcohol, coffee or cocoa. The same irritation, on the other hand, can be caused by diarrhea.

Finally, an excessively sedentary lifestyle is also among the causes of hemorrhoids, as well as some sports that exert strong and continuous pressure in the rectal area, such as cycling .

Hemorrhoids don’t necessarily cause discomfort, pain or other unpleasant symptoms. Sometimes it happens, indeed, to find following specific examinations of internal hemorrhoids that have remained “silent” for some time, without manifesting themselves through symptoms, but which still need to be treated.

In general, however, this just described is a rather rare situation. Hemorrhoids, whether internal or external, usually cause several problems :

How to cure hemorrhoids: the best natural remedies

Now let’s see how to treat the cure of hemorrhoids: what to do if they occur? There are many natural remedies and ways to relieve pain and discomfort as well as prevent or keep symptoms at bay. Obviously, our advice is to consult a doctor in any case, especially if the problem is chronic and recurrent .

Here are the best natural treatments for hemorrhoids. Arm yourself with perseverance and patience, these do-it-yourself remedies will amaze you in no time!

A first way to relieve pain and try to improve the situation of hemorrhoids can be to take herbal teas that take advantage of specific properties that can counteract the problem. There are some foods that, if taken together with large amounts of water, can be useful against constipation , which as we have seen is one of the causes of the disease, or reduce the efforts for the act of defecation, another factor that affects a lot. on inflammation of hemorrhoids.

Among the herbal teas that we suggest there are drinks based on fruit, roots or leaves, from blueberry, all’amamelide, the butcher’s broom to black currants through mallow or linseed. Choose the one you like best and make a cup in the morning and one in the evening.

Hemorrhoids and nutrition are two closely related things. In case of hemorrhoids, the foods to avoid are above all spices, such as pepper, chilli, nutmeg, curry, etc., chocolate, coffee , tea and all spicy foods, as well as salami and all those foods which are considered astringent , such as rice.

But in addition to the foods to avoid, is there a specific diet for hemorrhoids? Well, there are certainly foods that can help relieve the symptoms of hemorrhoids, such as banana . Excellent to eat, thanks to the presence of potassium, an essential mineral , it will help you reduce burning. The latter, in fact, relieves the pressure on the rectal veins and relaxes the blood vessels. But be careful not to consume unripe bananas, which are astringent.

Figs are also one of the best known and recommended remedies for treating hemorrhoids. You have to soak 4 figs overnight and drink the water in the morning. An alternative is to prepare an infusion with fig leaves that will be applied directly to the hemorrhoids. The two can also be integrated .

Let’s now move on to a very simple practice, which you can adopt easily and without an exaggerated expenditure of time: hot and cold packs.

To calm the burning and relieve swelling, you can make alternating compresses of cold water and hot water. By alternating the two temperatures on the inflamed parts , circulation will improve and the hemorrhoids will heal faster.

Repeat this twice a day for a minimum of 10 minutes . You will see that in a short time the discomfort and pain will noticeably reduce .

Preparing it at home is super easy , and its benefits will make you feel good in no time. We are talking about aloe vera gel, a product that relieves and relieves itching, as well as being a soothing and anti-inflammatory assured.

This gel is obtained from aloe vera, an anti-inflammatory and healing plant useful for repairing tissues and increasing the immune system, and is also obtained simply by cutting a leaf . If you suffer from external hemorrhoids , you can apply it to the affected area to reduce itching and relieve pain. If, on the other hand, you suffer from internal hemorrhoids, the advice is to leave the gel to cool in the refrigerator and insert it into the rectum.

Map with anti-inflammatory, witch hazel is often used as a remedy for hemorrhoids, and for skin diseases. This plant is able to counteract skin inflammation thanks to its oropharyngeal action, and is available on the market in the form of ointment or alcoholic solution .

Repeat the operation for a maximum of two times a day, but be careful not to be allergic to this plant: in this case you may experience irritation and severe itching in the area where you have applied it.

In the case of hemorrhoids, one of the most effective oils is that of cypress, from which an essential oil with great anesthetic properties is obtained. Cypress is rich in flavonoids and polyphenols, two elements that are able to improve blood circulation from the first use.

Take two liters of warm water, pour it into a large bowl and add 15 drops of oil, then stay immersed for twenty minutes. Repeat this process in the morning and in the evening twice a day. You will see that the relief will be immediate!

The derivative baths are a very widespread practice , a natural remedy against many problems including hemorrhoids. Basically, the procedure is very simple and consists of cooling the groin area with sponging or with special pads that are first cooled and then put in contact with the body.

It may seem like a trivial remedy, but water is actually one of the most beneficial natural elements of all, and with these baths you will see that you will feel relief from the first time .

The procedure should be carried out at least 2 times a day for a minimum time of 15 minutes , maximum 20. Fill the bidet or a basin with cold (and not frozen) water and repeat constant movements on the groin area with a sponge. Make sure that the rest of the body is warm, and to do that you cover your feet well and shoulders. Also, make sure you don’t get your buttocks wet either.

The plum is a fruit that bears many properties and benefits for the body, and as is well known, it is an excellent natural remedy to combat constipation. But perhaps not everyone knows that the plum can also be helpful to prevent hemorrhoids, or to fight them if they are already formed.

With this fruit you can prepare plum water, which is made by soaking dried plums for one night (as regards the doses, use about double the water compared to the volume of the plums). Once you have waited the necessary time, filter it and consume it in the morning before having breakfast on an empty stomach .

Of course, don’t throw the plums away! Also consume those during a snack, snack or breakfast !

Among the most used remedies is calendula, a herbaceous plant that is also known as orange blossom , due to its strong orange color. This plant is very rich in Vitamin C , mucilages, carotenoids, flavonoids and saponins and can be used to create infusions or in the form of ointment.

The infusion of calendula is used above all to relieve the aches and pains caused by hemorrhoids, carrying out a soothing, antibacterial and healing action at the same time. Take a hot cup in the morning and one in the evening until you see improvement .

As for the ointment, however, you can easily find it on the market.

Finally, to treat hemorrhoids you can use Bach flowers, of which there are many versions on the market, including a cream that can be used to massage the affected area. This natural cure is part of the Bach healing method devised by Dr. Edward Bach, who advocated the use of some flower remedies capable of changing negative mental states, starting from the principle that “illness is the concretization of a mental attitude”.

In this case, according to the theory, it would therefore act more on the mental state than on the real physical state. Certainly a particular and unusual method.