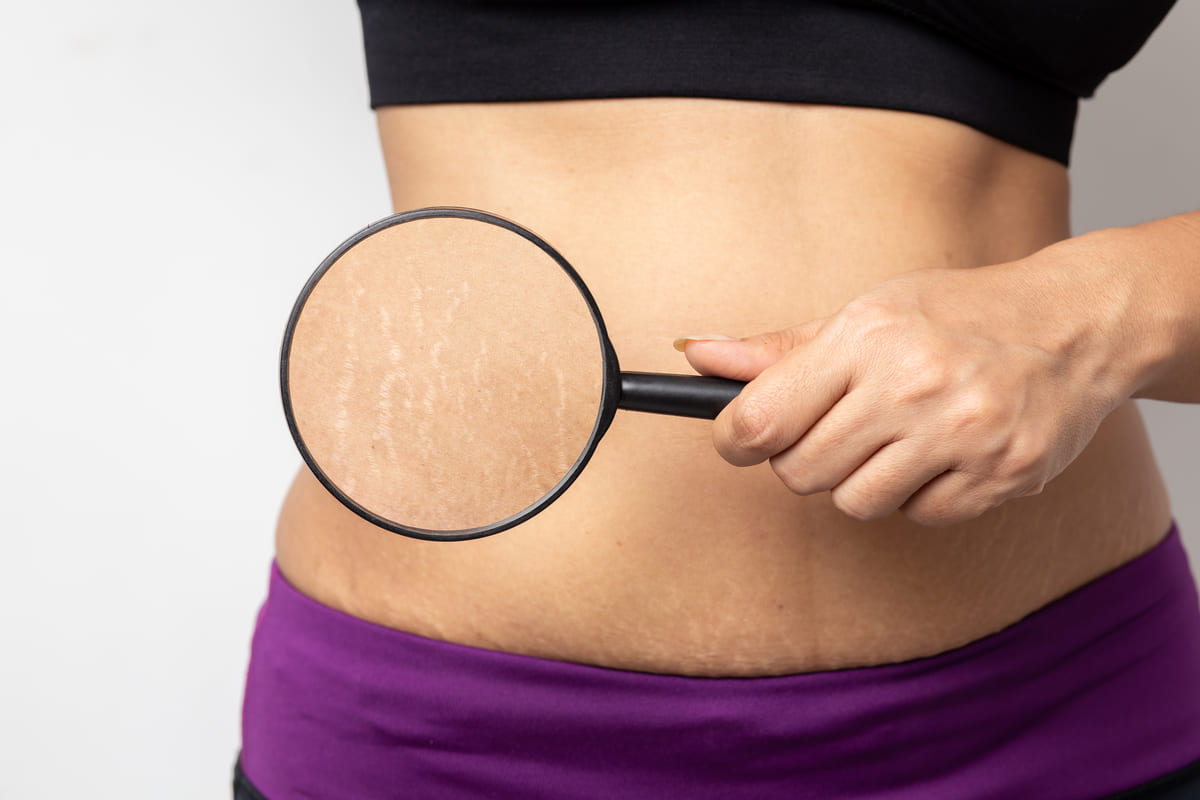 One of the most frequent fears of a pregnant woman is the appearance of stretch marks. Let’s see when they appear and how to prevent them.

Stretch marks in pregnancy: when they appear and how they are

Stretch marks appear as lines, almost parallel to each other, similar to the marks left on the skin by scars . In fact it is as if they were real scars, being caused by breaks that take place deep in the skin (in the dermis layer, below the epidermis).

The appearance of stretch marks on the belly during pregnancy is quite frequent and, in this area, the stretch marks tend to be vertically. However, stretch marks can also affect other areas such as the hips and breasts, in the latter case they take on a radial appearance all around the areola.

In one in two women, during pregnancy, stretch marks appear, especially between the sixth and eighth months of gestation. In particular, the women most affected are those who are young or who are facing their first pregnancy.

The methods used to avoid the appearance of stretch marks while you are pregnant consist in the use of cosmetics that can make the skin more elastic. These products, which are mainly found in the form of cream, contain substances such as elastin or collagen (already present in the tissues of our body).

The active ingredients contained in these creams act by increasing the elasticity of the skin and thus reducing the appearance of stretch marks. The use of these products must combine a correct diet during pregnancy and above all increase the amount of water introduced to help keep the skin elastic.

In some cases, after childbirth, the stretch marks are reduced spontaneously , in others it is necessary to resort to other methods to eliminate them. The most used remedies are specific treatments including chemical peels or radiofrequency. In both cases, these treatments serve to stimulate the production of collagen to return the skin to “normal”.