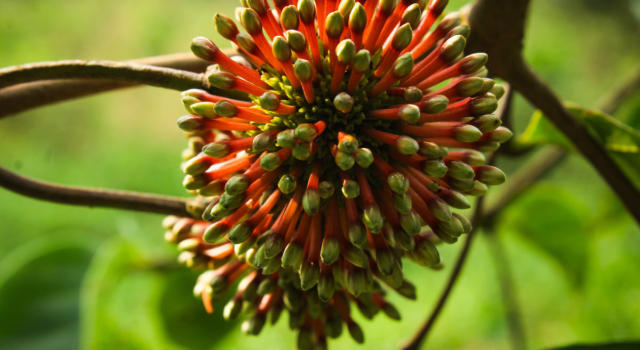 The unicaria, thanks to its properties, is a useful ally against seasonal ailments and muscle fatigue. Let’s get to know her better.

The unicaria is a plant, belonging to the Rubiaceae, known for its many therapeutic qualities. In particular, it is used to treat classic seasonal ailments, such as colds and fever, but also to relieve inflammation and muscle fatigue. In particular, the bark of the uncaria is one of the fundamental ingredients for phytotherapeutic medicines due to its positive action on the immune system. So let’s get to know better the properties of this plant and how it should be used.

As we have anticipated, the uncaria is a real panacea for the treatment of inflammatory and seasonal diseases. However, its properties do not end there. In fact, what makes this plant very precious for the body is its contribution to the immune system . This is because it is able to stimulate and enhance the production of antibodies, which makes it essential in the treatment of allergies and diseases that cause immunodeficiency.

Furthermore, thanks to its antiviral properties, this plant is used to treat herpes , chicken pox, rheumatism and joint pain. According to recent studies, it seems that the uncaria can offer a useful help to individuals with HIV. However, it must be remembered that, despite its benefits, this plant should not be used as a substitute for other drugs, but rather as an additional aid.

In general, we can say that the unicaria has no serious side effects or contraindications, since it is after all a natural remedy. However, it must be remembered that prolonged use of this plant can lower the levels of progesterone and estradiol in the blood.

On other occasions, however, diarrheal episodes, hypotension, nausea and renal failure may occur. Also, due to its components, it can trigger allergic reactions and it would be better to avoid the consumption of uncaria during pregnancy and breastfeeding.

Advice and methods of recruitment

The uncaria, while being of great help for the organism, has a decidedly complex composition. For this reason, complications may arise regarding its use, which is why it is important to understand how to take it.

In fact, experts recommend using the whole plant rather than relying on synthetic supplements or capsules. In fact, for the use of this plant to be effective it is good that it contains less than 0.02% of tetracyclic alkaloids. To be sure not to run into problems, the suggested dose is 300 mg, preferably in three daily doses.

Herbal teas for sleeping: here are the most effective and how to prepare them