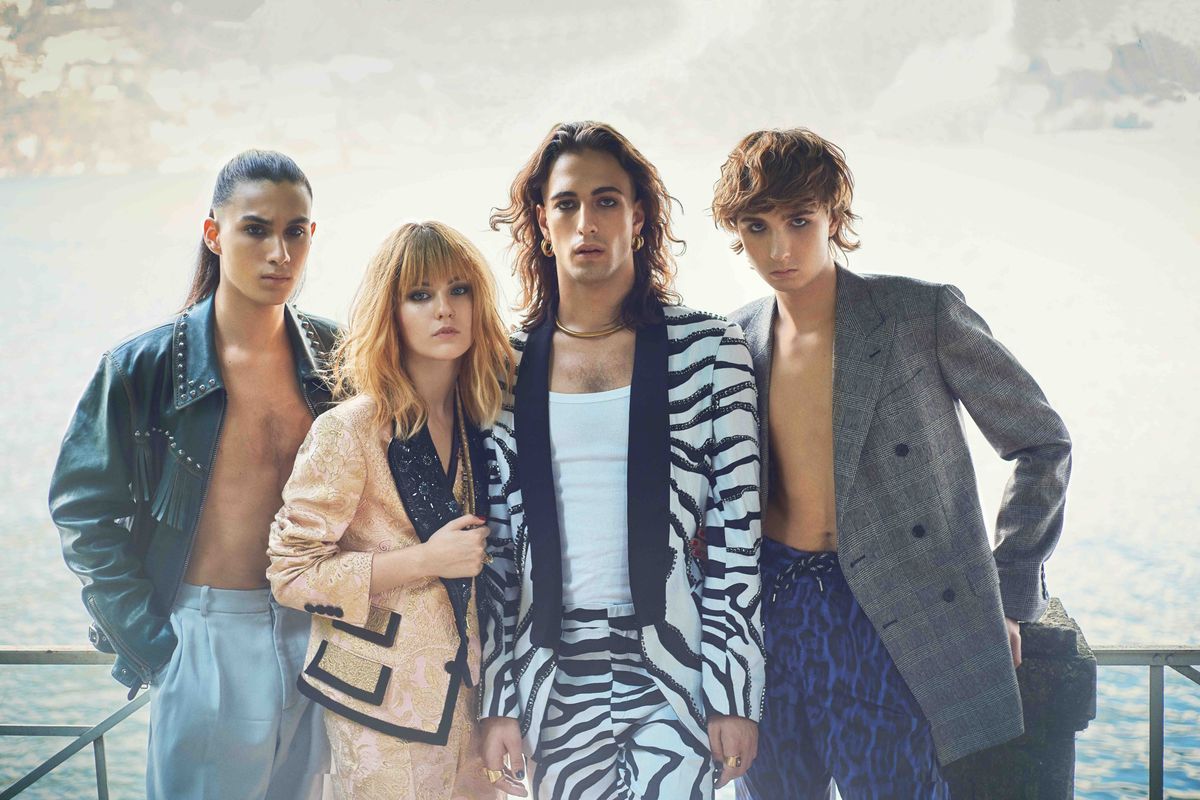 Not only music, the success of Maneskin is also in the careful and perfect choice of their looks on stage that pay homage to rock.

Everyone talks about them, everyone looks for them, everyone wants them all over the world. This 2021 the Maneskin will be able to recognize it as the most beautiful and surprising year of their life, a moment that saw their consecration as a top rock band first in Italy with the victory at the Sanremo Festival, then at Eurovision and last but not least in the United States by opening the Rolling Stones concert. Because the whole ensemble works, as has always happened in the history of music and costume. It is not only the music, but also the look of these guys that is the full expression of their music, of their way of doing and understanding rock .

The Maneskins open the Rolling Stones concert: the looks worn on stage

In recent days the attention on the Maneskin has been very high and they have also focused on their looks chosen on the occasion of one of the most beautiful and important moments of their life, the American debut. Very tight transparent blouse covered with blue rhinestones, white stars, two-tone red and sparkling white trousers, was the outfit with which Damiano and co. they paid tribute to America, conquered by the band in two days. Look that was actually also a reference to a Stones outfit worn in 1973.

But it is not the only occasion in which the Italian band paid homage, well addressed and recommended by their stylists, to the Rolling Stones: the shirtless look often sported by Damiano is a constant inspiration to a habit that belongs to Mick Jagger . But there is much more: there are not only the Stones, because the looks chosen by the Maneskins on stage are a heartfelt tribute to all the stylistic evolutions of the genre , which steals from punk, pinches from glam and evolves in the light of a a totally gender fluid trend , a style that the band embraced by choice long before fame. And above all, from rock they take his expressive and liberating power , which allows him to mix fetish accessories , denim and black leather.

From Etro to Gucci, the Italian brands that go crazy for the Roman band

Their gender fluid taste has certainly not escaped the fashion system. Their freedom in dressing and combining male and female garments met in perfect synchrony with the desire of fashion to create a single universal style without distinctions of gender and sex. The Maneskin have shown this since the Sanremo Festival, when they all wore the same transparent jumpsuits by Etro for the last evening.

Indifferent to this phenomenon, to their style, freedom and class to sell, Alessandro Michele, the creative director of Gucci, could not be, who after Achille Lauro could only see in them the perfect ambassadors of the Gucci style that has always been strongly linked to music, from which it draws lymph and inspiration. And at the Love Parade of the brand in Hollywood how could they not make their presence felt by singing Beggin ‘ and showing off a seventy style.