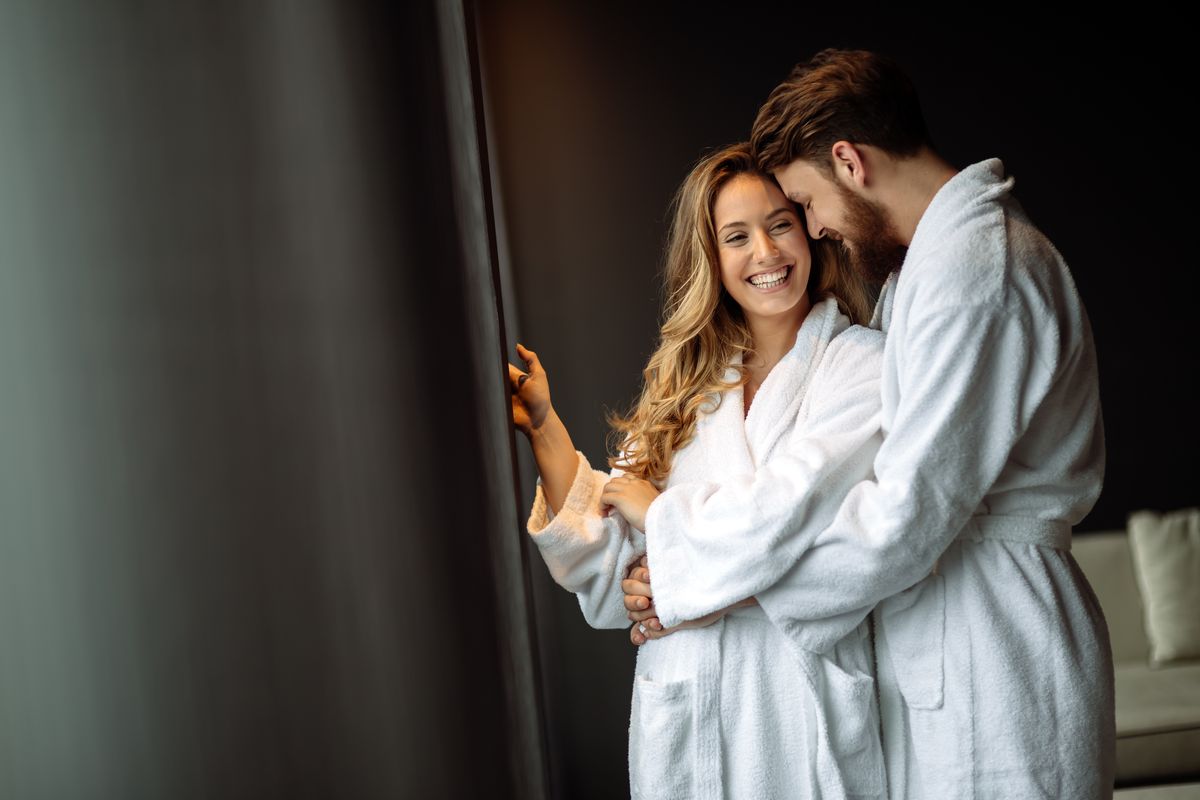 Spending Valentine’s Day at the spa is an excellent idea if you need intimacy and relaxation. Here are some ideas for a romantic weekend.

Have you not yet decided how to spend the Valentine’s weekend? If you can take a few days off, we suggest you celebrate Valentine’s Day at the spa, in Italy or abroad.

There is nothing better than thermal baths , massages and other wellness treatments to regain intimacy and defeat stress. Let’s see which are the most beautiful spas to choose from in order to better enjoy the feast of lovers.

Valentine’s Day at the spa: the most beautiful destinations

1. Thermal baths of Pré-Saint-Didier, in the Aosta Valley. The first destination we suggest for a romantic weekend at the spa is Pré-Sain-Didier, in the Aosta Valley, where a natural basin in front of Mont Blanc houses an enchanting spa. You will find thermal pools, saunas, Turkish baths and whirlpools. The most romantic thermal pool is the Tub of Desire, where you can take a bath in the hot water, under the starry sky and surrounded by snow.

2. Bormio Terme, in Valtellina. If you want to spend Valentine’s Day in the spa, to benefit not only from the thermal baths, but also from other wellness treatments , such as muds, massages and saunas, we recommend Bormio Terme, in Lombardy. The establishment, which houses an Olympic-size thermal swimming pool, was built in the 1960s, but has recently been expanded and offers all the services of the most modern spas.

3. Levico Terme, in Valsugana. Levico Terme, in Trentino, is one of the oldest spas in Italy. Beloved by Princess Sissi, it hosts numerous spas and spas, including the famous Imperial Grand Hotel, the ancient summer residence of the Austrian imperial house .

4. Terme di Saturnia, in Tuscany. The Terme di Saturnia offer a peaceful and relaxing atmosphere, far from the chaos and stress of everyday life. We advise you to choose the complete wellness program, which includes relaxing massages, beauty treatments with mud and thermal baths.

5. Thermal baths of Budapest, Hungary. If you want to celebrate Valentine’s Day abroad, we recommend the Budapest Baths, among the most famous in the world. The capital is home to many spas, the most famous are the Baths Gellert and Szechenyi Spa.