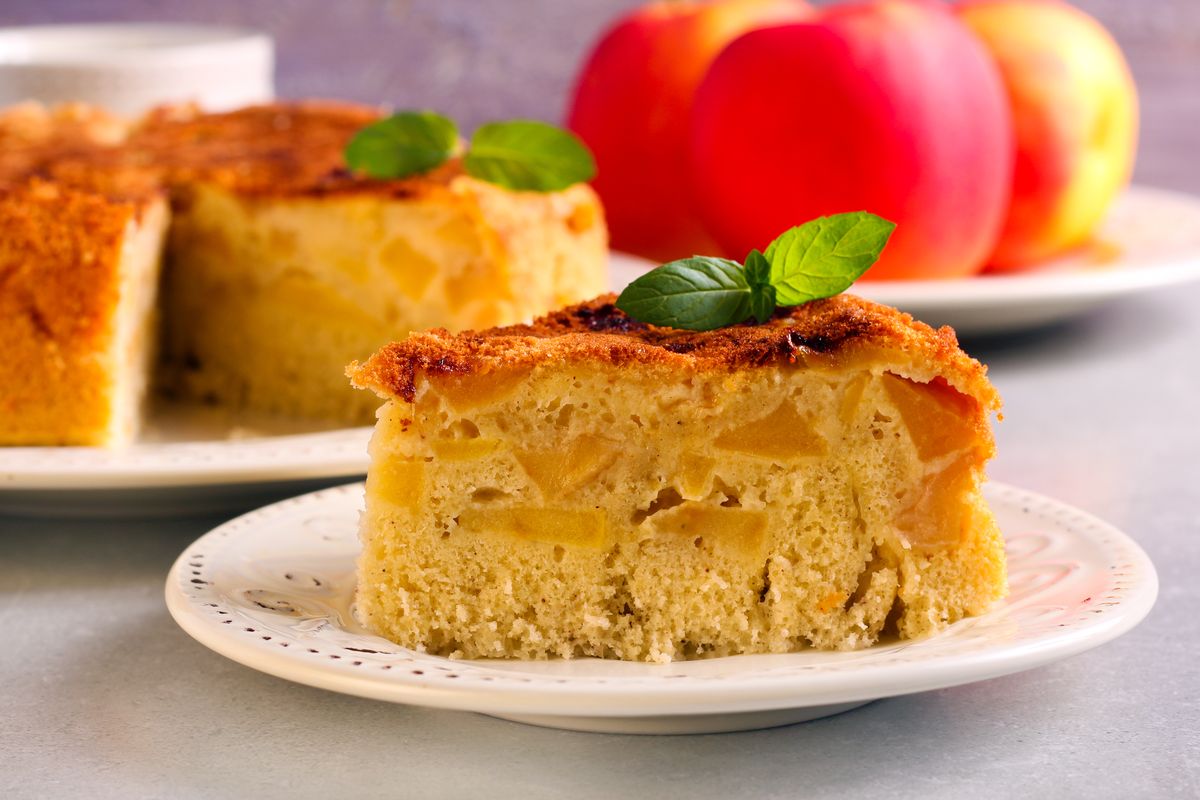 Vegan apple pie with Thermomix, an alternative preparation to the version with butter and eggs that will allow you to enjoy a light dessert.

Here is the recipe for vegan apple pie with Thermomix, a tasty pie that will not make you regret the traditional preparation and that will allow you to enjoy a healthy and delicious dessert. The version we present to you has nothing to envy to the taste of the traditional recipe: it has the same main ingredients and a simplicity in preparation due to the help of the Thermomix, which will allow you to bring to the table a delicious and quick to prepare dessert, also suitable as a dessert for breakfast. Shall we try it together?

Preparation of the recipe for vegan apple pie with Thermomix

In addition to the classic recipe for veg apple pie without eggs, butter and animal milk, there are some really interesting variations , let’s talk about the apple pie with yogurt without eggs and butter. You can prepare it using the same ingredients, replacing only the milk yogurt in the same quantities. The taste of yogurt can be apple, but also walnut, almond or vanilla to make it sweeter and spicier. If you want to completely eliminate milk , even vegetable milk , try using natural mineral water which will give a less strong but equally good taste. In case you want to try a super natural sugar-free apple pie, use the ingredients of the basic recipe indicated above, adding only the juice of half an orange, put in the oven and bake at 160 ° C for 40 minutes . The result? Very good!

The soft vegan apple pie with Thermomix is ​​a sweet vegan recipe that can be kept for about 5 days in a dry place, away from sources of heat or light, covered with a cloth or placed in a special container for sweets. Better to avoid freezing it or storing it in the fridge because it would lose its soft consistency and the typical scent of apples and sugar.

If, on the other hand, you want to try the apple pie with the traditional recipe, follow our preparation of the creamy and vegan apple pie !