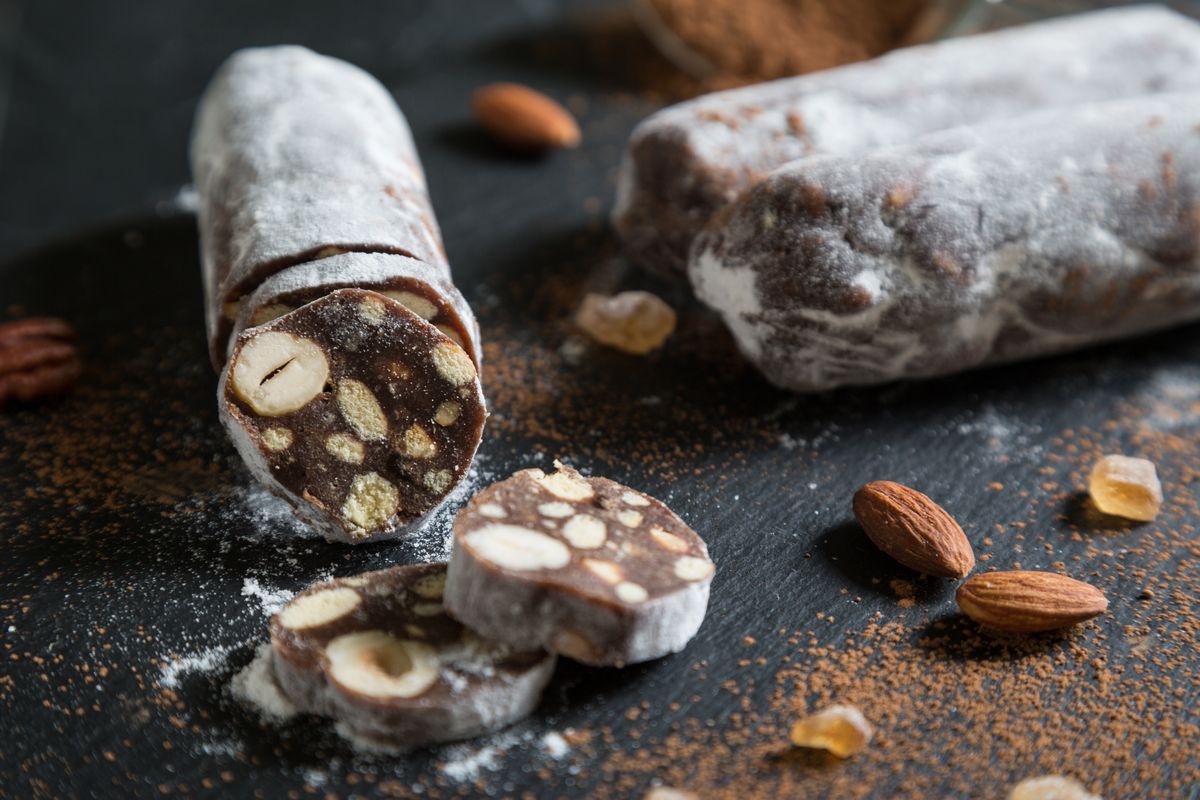 Can you make the vegan recipe for chocolate salami? A dessert for celiacs with an unmistakable taste to which we have added lots of dried fruit.

Here is one of the sweet vegan recipes that gives the most satisfaction in its preparation: the vegan chocolate salami. It is a very simple recipe, which requires few ingredients and little effort . It is a quick dessert perfect for children, but able to satisfy even the palates of the most gluttonous adults, and it is one of the easy and sure success vegan recipes preferred in the cold periods of the year. preparation can take place without problems even a few days before. It also lends itself to infinite variations. You can change the type of dried fruit , or biscuits, choosing them for example wholemeal or cereals, to enrich your preparation with a new taste.

Let’s see together, step by step, how to prepare vegan chocolate salami without eggs and butter, and also a delicious variant . Both versions will win you over, and will certainly end up in your vegan recipe book.

You can keep your vegan chocolate salami in the freezer for a couple of months , while in the fridge it will last for a week.