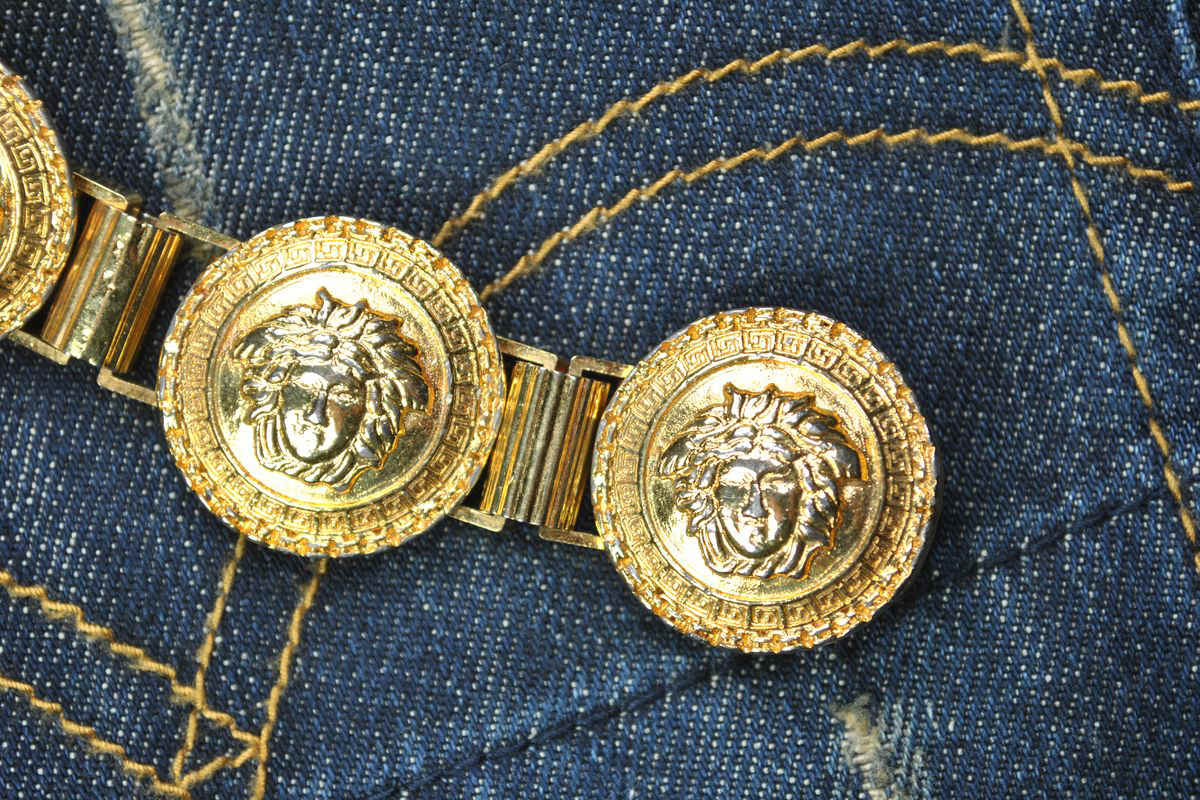 Iconic, sculptural, the medusa is the image that made the Versace house famous, from Gianni to Donatella.

When the name Versace is pronounced, one does not think only of the garments that have now become an icon to the point of having consolidated a real recognizable style: there is also the whole history of the maison, the extraordinary but also tragic one of Gianni and the great success of Donatella, who has been able to give the brand over time a captivating , sumptuous appearance , conquering the taste and heart of world stars of cinema and fashion. In fact, Donatella also conquers for her humanity and whoever chooses her clothes also falls in love with her charismatic figure.

Lady Gaga, Elton John, Dua Lipa, Madonna, Bon Jovi, Cher, are just some of the artists of the music world to which we add fashion stars such as Naomi Campbell, Linda Evangelista, Carla Bruni, who have chosen to wear the Versace jellyfish . In fact, the maison has always been identified by this mythological image, chosen in 1993 by Gianni Versace: a choice that is intertwined with a story.

The Versace jellyfish: how the logo has changed over time

In reality, the jellyfish was n’t the brand’s very first logo. In 1972 Gianni Versace’s journey into fashion began, who left Calabria to land in Milan: his career began with the creation of a collection for the Florentine Flowers company, Gianni’s first great success that would have led him to collaborate with other brands until in 1978 the designer’s first collection was born, which laid the foundations for the dream of creating his own brand.

In 1988 Donatella also joined the team with him, taking care of the young Versace line. The logo in 1980 was simply the one bearing the name of Gianni Versace, in Avant Garde Light font, with narrow characters almost forming a chain, while in 1990 that font became Radant Medium , with a more marked and incisive character.

The jellyfish arrived only in 1993 to support the writing Gianni Versace, thus definitively consolidating the identity of the brand: over time the image has never undergone variations, as if to remain faithful to a tradition, to a style that has always maintained precise queues .

The jellyfish: why Gianni chose this mythological figure as the symbol of the maison

Before even discovering the multiple meanings that can be behind the choice of the medusa as a symbol of the Versace brand, it should be considered that for Gianni that image has always had an emotional value: it is an image that he saw in the house where he lived. in Rome with his family and where he played with his brothers.

Probably when choosing an image for his brand, he realized that precisely that image dear to him perfectly met the values ​​that Versace represents today: the luxury and vanity that Versace expresses with a sumptuous style where the gold nuance is dominant , the Mediterranean taste that is linked to Greek art , whose stylistic features are present in the brand’s clothing, it is no coincidence that the new Monogram is currently La Greca . And finally the essence of the medusa, which has always been an attractive and seductive mythological figure .