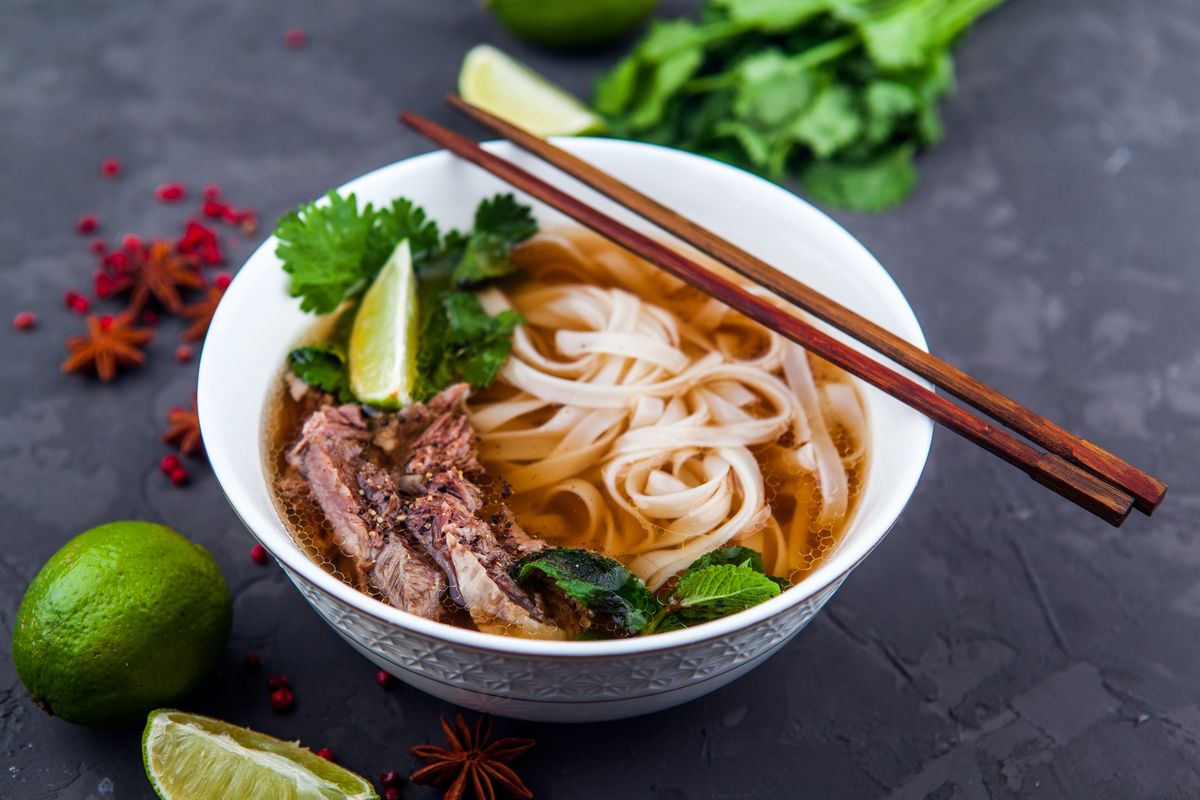 Pho is a Vietnamese soup made from meat broth, rice noodles and many other flavors. Here is the original recipe to prepare it!

Pho is a Vietnamese soup usually eaten for breakfast or during festive lunches. Being a typical dish, it is really difficult to code the recipe: each family has its own technique to prepare it as well as its own blend of spices. In fact, however, the Vietnamese pho consists of three elements: the meat broth , the rice noodles and the vegetable “side”.

The preparation is divided into two phases: the first is the preparation of the broth that must cook for a long time so as to absorb all the flavors of the meat (usually beef, rarely chicken) and of the aromas (cinnamon, star anise, ginger, onion, black cardamom , coriander, fennel seeds and cloves). The latter are infused into the broth through a special bag but first we proceed with the toasting of the spices in a pan and, sometimes, roasting ginger and onion.

In the preparation of pho there are also some aromas that just cannot be missing. We are talking about Thai basil , chilli , coriander and lime . The soup, served in large bowls and consumed with the characteristic chopsticks, is assembled by the diners according to their taste by adding not only the aforementioned aromas but also bean sprouts, fish sauce and lime . So let’s see how this delicious Vietnamese recipe is prepared.

How to make the Vietnamese pho recipe

What do you think of this dip in Vietnamese cuisine? We were really pleasantly surprised and we can’t wait to prepare other recipes!

The pho, once distributed in the bowls, can no longer be stored. The separate ingredients, on the other hand, can be kept for quite a long time. Just keep the broth in the refrigerator to have hot soup available for a week.