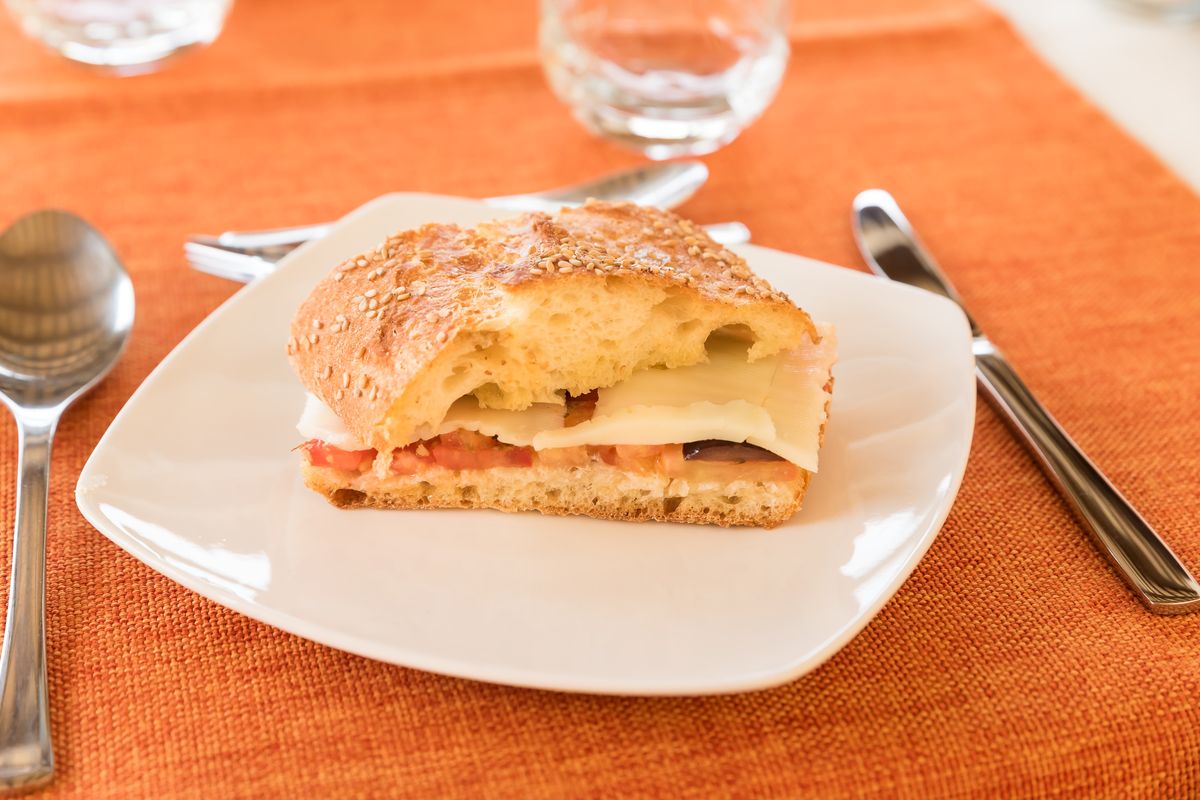 Preparing the cunzato bread is really simple and in an instant you will have a tasty filled sandwich ready and perfect for trips out of town or quick lunches.

Pane cunzato is a typical Sicilian recipe , particularly from the Trapani area. But what does cunzato mean? In Sicilian dialect it means seasoned , so cunzato bread is seasoned bread. If you have ever visited the island, you will have realized that there are many bakeries that offer this sandwich filled with typical local products such as tomato, primo sale, anchovies and oregano. As always, however, the origin of the recipe is far from noble.

The history of cunzato bread in fact dates back to when it was prepared by housewives who had nothing to bring to the table. Tomatoes, cheese (the type of which varies according to the area) and oregano, on the other hand, were produced in the home and were therefore always available. Only the luckiest could afford anchovies with which the bread was abundantly flavored. Today there are several versions of this bread that include the addition of aubergines or dried tomatoes in oil, capers, olives and tuna. We offer you the basic recipe, sure that you will already love it!

How to prepare cunzato bread with the original Sicilian recipe

This is the original recipe for pane cunzato but no one forbids you to experiment and add, for example, tuna in oil, olives or capers . The important thing is that the basic ingredients are always there. If, on the other hand, you are wondering how many calories cunzato bread has and if it is really suitable to be taken to the beach without risking congestion (let’s joke, of course) know that in its simplest version it has about 250 cal per serving.

Did you like the cunzato bread recipe? Then we invite you to try another typical Sicilian one considered one of the street food par excellence: bread and panelle .

You can keep the cunzato bread for about half a day : you will discover that the flavors will be further amalgamated giving you a truly amazing stuffed sandwich!