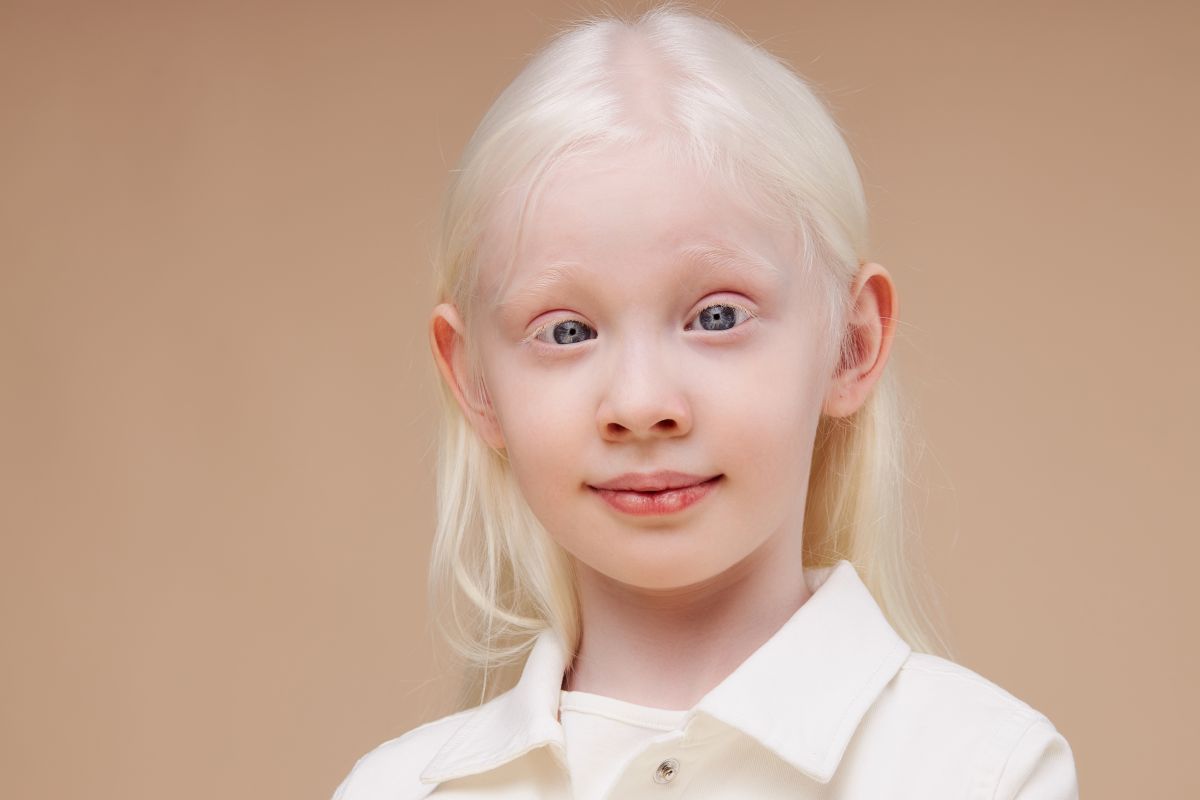 Albinism is a genetic disease whose main feature is the reduction or absence of melanin on the skin, hair, eyes, etc… A problem about which too little is known today.

When we talk about albinism we don’t just mean the presence of colorless and therefore very white hair. In fact, albino people suffer from many other ailments that are often underestimated.
In order to know it, it is therefore important to start from the assumption that albinism and genetics are closely related and that the various existing forms of this disease depend on the entity of the problem.

Albinism: the causes to know

As already mentioned, albino disease depends on a scarce or completely absent production of melanin. This is usually present on the skin, hair and eyes.

In fact, albino eyes are one of the most common manifestations of the disease and can also lead to blindness or other related problems such as, for example, skin cancers .
Symptoms, also present in albino children, include photophobia, severe vision problems, strabismus and nystagmus . In addition, skin and hair usually appear very light.

What forms of albinism exist

Now that we have seen what albinism is it is important to understand what forms are currently known.
There is the so-called oculotaneous albinism (goose) which is divided into different types in which the first degree is the best known and in which you have light eyes and hair.
The second is less serious and more widespread among Africans and Native Americans. Then there is type three which is even less severe and is more easily found in Africa. The fourth seems to be very similar to the second.

X-linked albinism mostly affects men and leads to severe vision problems. There are two other known variants such as Hermansky-Pudlak syndrome (which can lead to heart, kidney and lung problems) and Chediak-Higashi syndrome which makes sufferers more prone to infections.

To date, unfortunately, there are no cures but treatments aimed at helping to avoid worsening and guaranteeing a good quality of life as much as possible. In some cases, surgery to reduce nystagmus may be helpful.
It is important to remember, that albinism is not a disease that gets worse over time. This is why once you have identified the precautions to be taken to protect yourself and except in particular more serious cases, you will be able to lead a normal life.