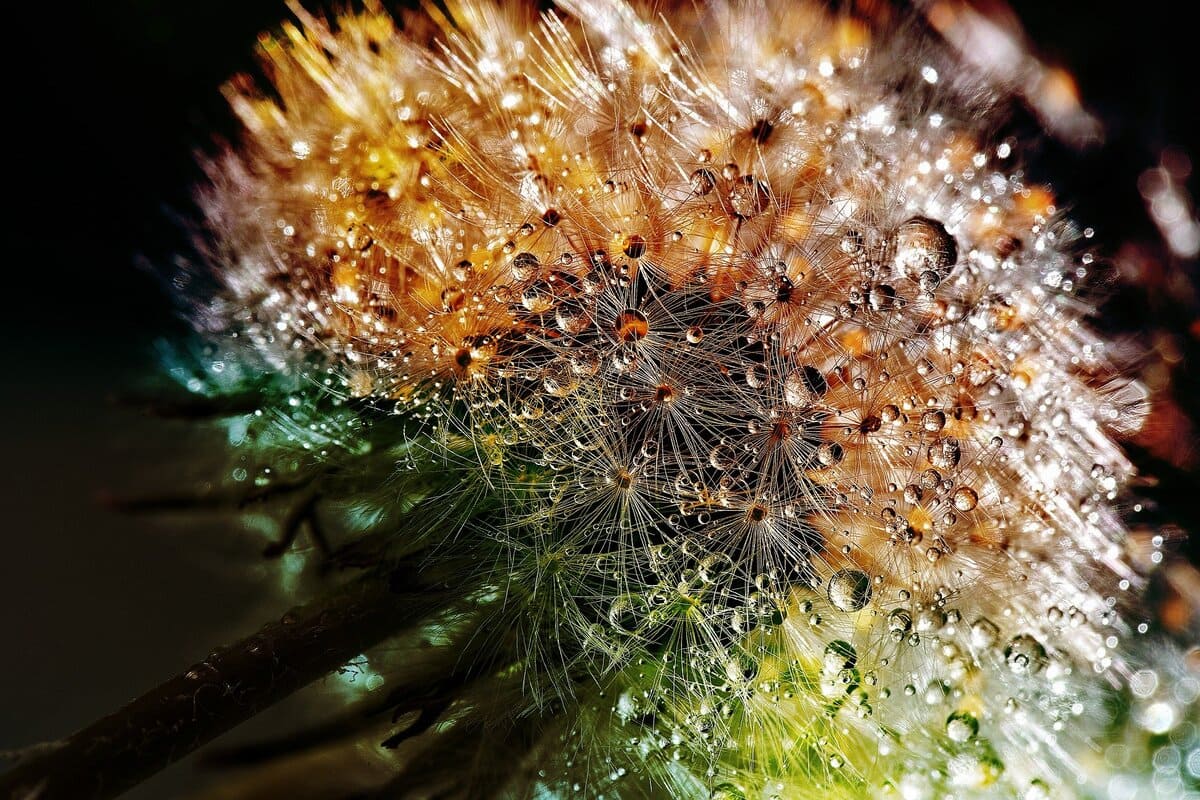 Dandelion or dandelion is a plant known for its multiple properties, both purifying and anti-inflammatory.

The ideal habitat for dandelions is moist soils , which is why it is often present as a weed in gardening.

The dandelion is found widespread in our meadows, paths and rivers and is characterized by the presence of yellow inflorescences that make it easily recognizable. It is very popular with herbivorous animals and bees, who make honey with a delicious flavor from it.

With dandelion it is possible to make excellent dishes including delicious vegan recipes. In this in-depth study we offer you some dandelion-based recipes capable of enhancing the properties of this wild plant appreciated for millennia.

Why use dandelion in cooking?

Dandelion has been renowned for its anti-inflammatory and purifying properties since ancient times. The leaves of the dandelion are rich in vitamins, in particular those of groups A, B, C and D. The roots, on the other hand, have highly purifying properties for the body.

If you want to learn more you can consult the properties of dandelion described on ViviPuro.it . These are different and are able to guarantee a 360 ° well-being for the body in the face of a decidedly minimal caloric intake.

The properties of dandelion can be further optimized in the kitchen, for example by combining it with ingredients such as onion, a perfect combination to promote diuresis by stimulating the elimination of excess liquids. One more reason to cook it not only in a tasty way, but also in preparations that take into account its properties , as in the recipes that we propose in the next paragraphs.

How can you cook dandelion

Dandelion can be cooked in different ways, from risotto to vegan recipes to omelettes. All parts of the plant can be used, according to different uses and for a period of time from February to May. Let’s start with the dandelion buds . These, once put in vinegar and salt, can be inserted instead of capers in various preparations, from green or cereal salads to recipes based on meat and fish.

The roots , on the other hand, the part that has the most beneficial properties, once roasted are a good substitute for coffee and can be used for the preparation of herbal teas, infusions and decoctions .

Finally, the fresh flowers of the dandelion are excellent for making a jam with a tasty and delicate flavor. One of the most interesting dandelion-based recipes capable of combining sweetness and freshness, also perfect for use in both classic and vegan tart .

The leaves of the dandelion are ideal, when tender, for the preparation of salads , both with cereals and with other green ingredients. If, on the other hand, you choose the larger and more leathery ones, instead, it is better to use them in soups and broths.

A particularly pleasant recipe is that of the soup with dandelion and chickpeas with an onion base . The sweet taste of onion and chickpeas goes well with the more bitter taste of dandelion leaves and at the same time manages to enhance their properties. The ingredients for 4 people are as follows:

After stewing the onions over high heat for 20 minutes, add the already hot vegetable broth and bring to a boil. Add the dandelion leaves and when they are almost cooked the chickpeas, the rosemary powder and possibly the oat flakes or short pasta. Let it rest for 10 minutes and serve.

Another recipe capable of giving not a few satisfactions is that of the dandelion risotto , also made from the leaves, to be mixed with vegetable broth and Parmigiano Reggiano DOP. A delicious and cheap risotto, ideal for warming the heart and guaranteeing a purifying action for the whole organism.

The last recipe that we propose with dandelion leaves is that of the dandelion and onion omelette , good and quick to prepare but also genuine. Just mix dandelions, eggs, herbs and you’re done.

We have already mentioned some vegan recipes but, going into more detail, dandelion lends itself to the preparation not only of soups and minestrone but also inside a savory pie where you can use the leaves, mixed with carrots and onions together. with salted dandelion buds.

Another vegan recipe with dandelions is the one that sees a sort of vegan omelette by replacing the eggs with a traditional Italian cereal recently revalued for its properties: millet . The ingredients for 4 people are as follows:

Preparation is simple and requires cooking the millet with the dandelion leaves and stewed onions. The cooking time of the millet is about 20 minutes and, once placed together with the other ingredients, it will compact in a natural way: for this reason the water in cooking is not scarce. A dandelion-based recipe rich in properties and with an unexpected taste.