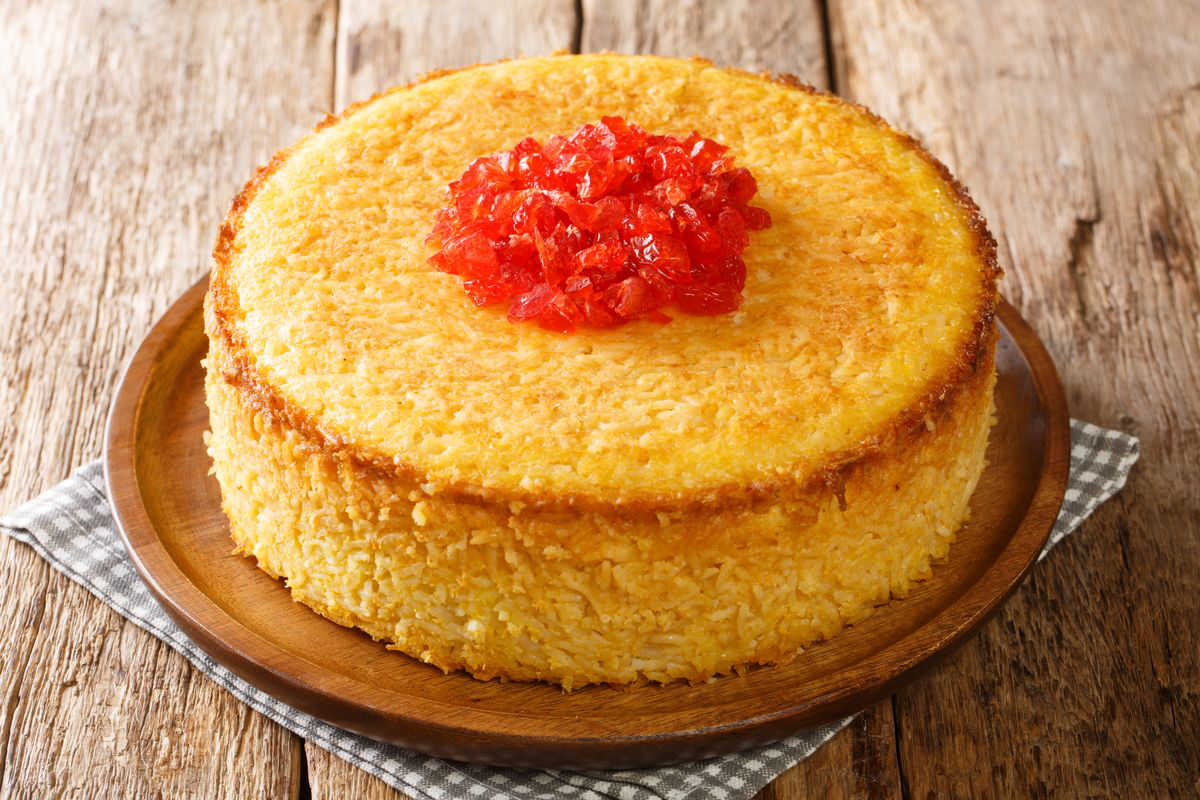 We prepare the Tahchin, a typical recipe from Iran and which consists of a particular timbale of rice with chicken with saffron.

You have certainly heard of it, but many of you – probably – have never had the opportunity to taste it in its borders of origins. The recipe for Tahchin Morgh is that of a particular ethnic dish, one of the leading products of Iranian cuisine . It consists of a particular timbale composed of a mix of flavors, very different from each other and distributed in two parts with different consistencies: one thinner and made of chicken fillets with saffron and one of rice. The typical Iranian dish is comfortably cooked in a pot, where an inviting crust forms in the upper part of the timbale.

Preparation of the recipe for Tahchin

With the same process and the same ingredients and flavors, you can make the Persian timbale of rice and lamb. Known as Tah chin-e barreh , this particular product is made by simply replacing the chicken with pieces of lamb, such as leg or shoulder.

The original recipe of this particular timbale belonging to Persian gastronomy is rich in flavors and should be tried at least once. If you have a certain amount left over, you can keep it in the fridge for up to 2 days .

From the Persian culture we have collected another unmissable preparation, that of thePersian love cake .