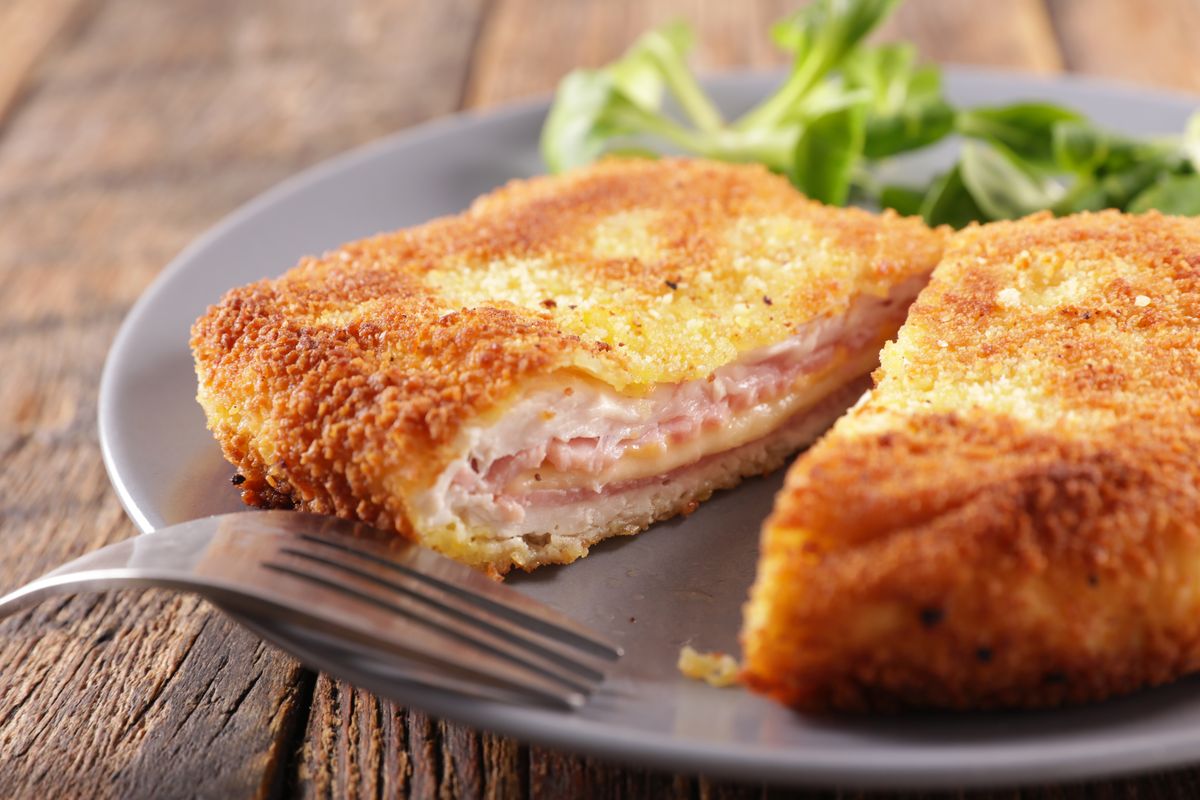 The Aosta Valley cutlet with the traditional recipe is prepared by stuffing the veal slices with fontina cheese and ham and then frying everything.

A short holiday in the Aosta Valley will be enough to fall in love with its typical dishes. One for all? The Aosta Valley cutlet obviously. Prepared with veal slices stuffed with ham and fontina cheese then breaded in egg and breadcrumbs and fried, they are a real flavor bomb, perfect for warming up cold mountain evenings (and not only).

But be careful not to confuse it with the blue cordon or other similar recipes, someone would have to say. Indeed, according to Wikipedia , the preparation should be totally different. The veal slice is first breaded and fried and then covered with ham and cheese and only now passed in the oven. The flavors remain unchanged and now the recipe is well established and the “stuffed” one, so we too have decided to prepare them like this.

How to prepare the Aosta Valley cutlet with the traditional recipe

Staying on the subject of main courses, we want to recommend another recipe that we like very much, that of pork ribs .

The Aosta Valley ribs are good freshly made. The best way to store them is in the refrigerator , well covered with plastic wrap. You can then heat them in a pan for a few minutes, just long enough to make the cheese stringy.