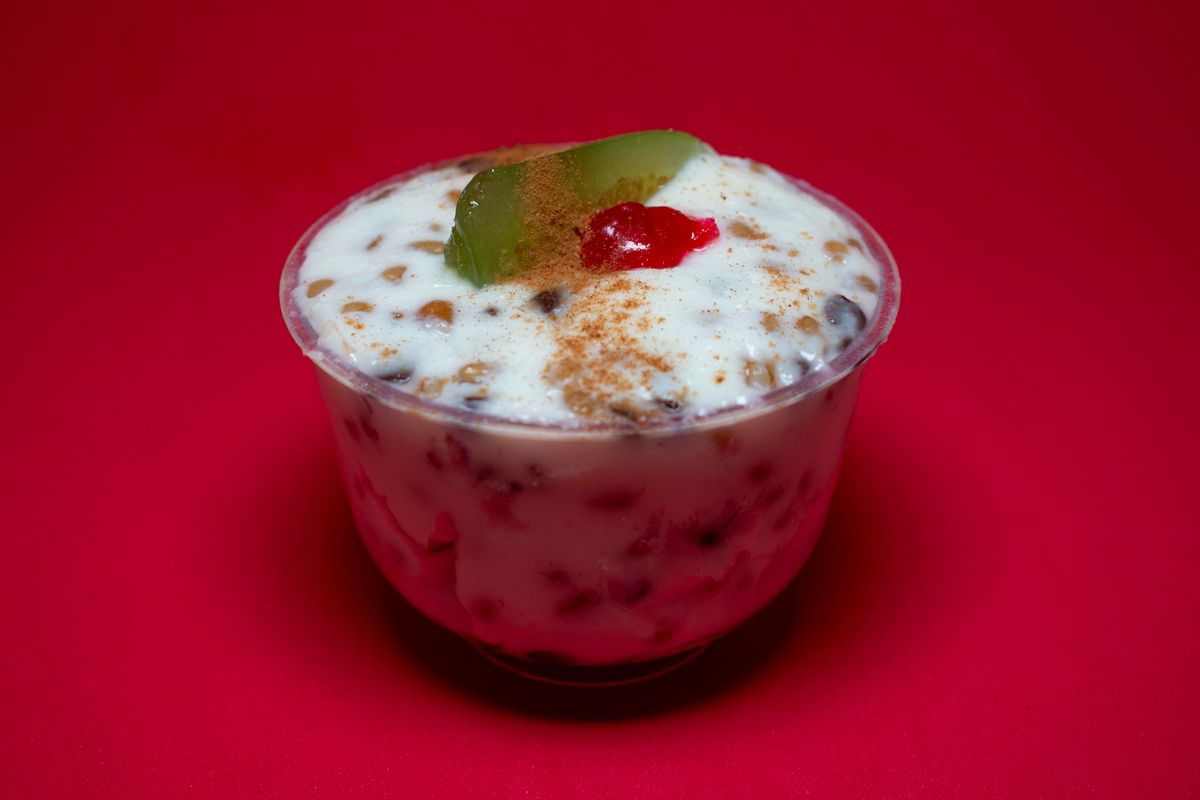 Let's find out how to prepare Santa Lucia's kennel with ricotta and candied fruit, a typical Sicilian Christmas dessert.

La cuccia di Santa Lucia is a typical Sicilian dessert whose authorship is disputed between the two port cities of Syracuse and Palermo. In fact, it seems that on 13 December , the day on which the saint is celebrated today, a ship loaded with wheat landed in the port, finally putting an end to a long period of famine. Not wanting to wait for the milling, the wheat was cooked and consumed .

There are several versions of this Sicilian dessert, some sweet and some salty. The common base, however, is always cooked wheat and undoubtedly, the most common recipe is the sweet one. In this case, ricotta, pumpkin, chocolate chips, cinnamon and grated orange zest are added. It is a spoon dessert that we advise you not to miss.

How to prepare the recipe for the Saint Lucia's kennel

The traditional recipe of the kennel from wheat grains

The traditional recipe involves the use of wheat grains difficult to find in traditional supermarkets. However, if you are lucky enough to have them then proceed as follows: rinse them and leave them to soak for 48 hours, changing the water after 24. Then transfer it to a pot, cover it with water and cook for 50 minutes starting from the boil. Once drained, it is ready to be used according to the recipe.

The cuccìa di Santa Lucia (the accent goes on the i) is one of the many Christmas sweets typical of Sicily . Try them all: one is better than the other!

The Saint Lucia's kennel can be kept in the refrigerator for 2-3 days . However, we recommend serving it at room temperature.