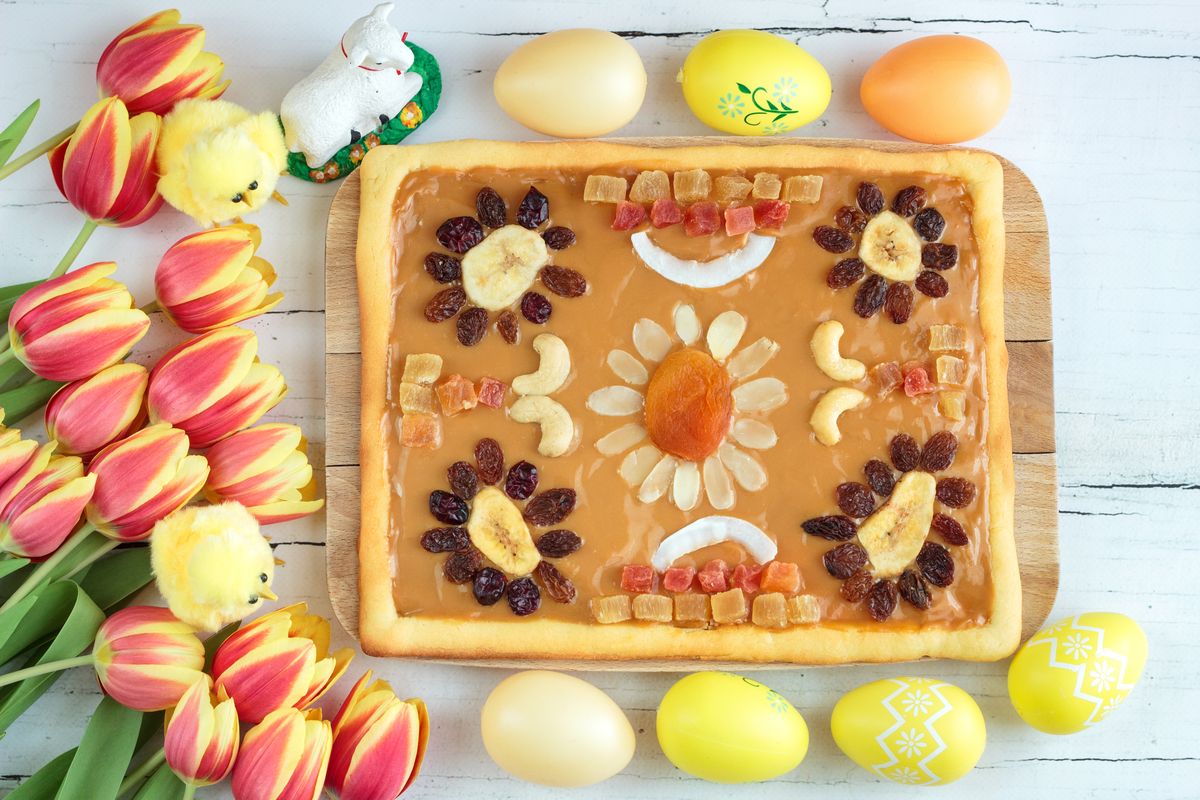 Mazurek is a Polish dessert typical of the Easter period made up of a crunchy base stuffed with jam and chocolate.

Mazurek is a Polish dessert typical of the Easter period. It owes its name to a central area of ​​Poland, the Mazovia , although according to some it is more linked to a traditional Polish dance, the Mazurka . In any case, this typical product was born in the seventeenth century when trade routes with Turkey were opened, favoring the influx of dried fruit and spices , the real protagonists of the dessert.

The cake, now a symbol of Easter, was once the reward for the faithful who had observed the Lenten fast . As for the recipe, this cake is made up of a base of dough, usually brisée but also shortcrust or puff pastry, covered with a layer of jam and one of chocolate . Everything is then decorated with dried fruit.

How to prepare the mazurek recipe

Among other Polish recipes we recommend you try obwarzanek , delicious bread donuts.

Mazurek can be kept for 2-3 days under a cake bell.