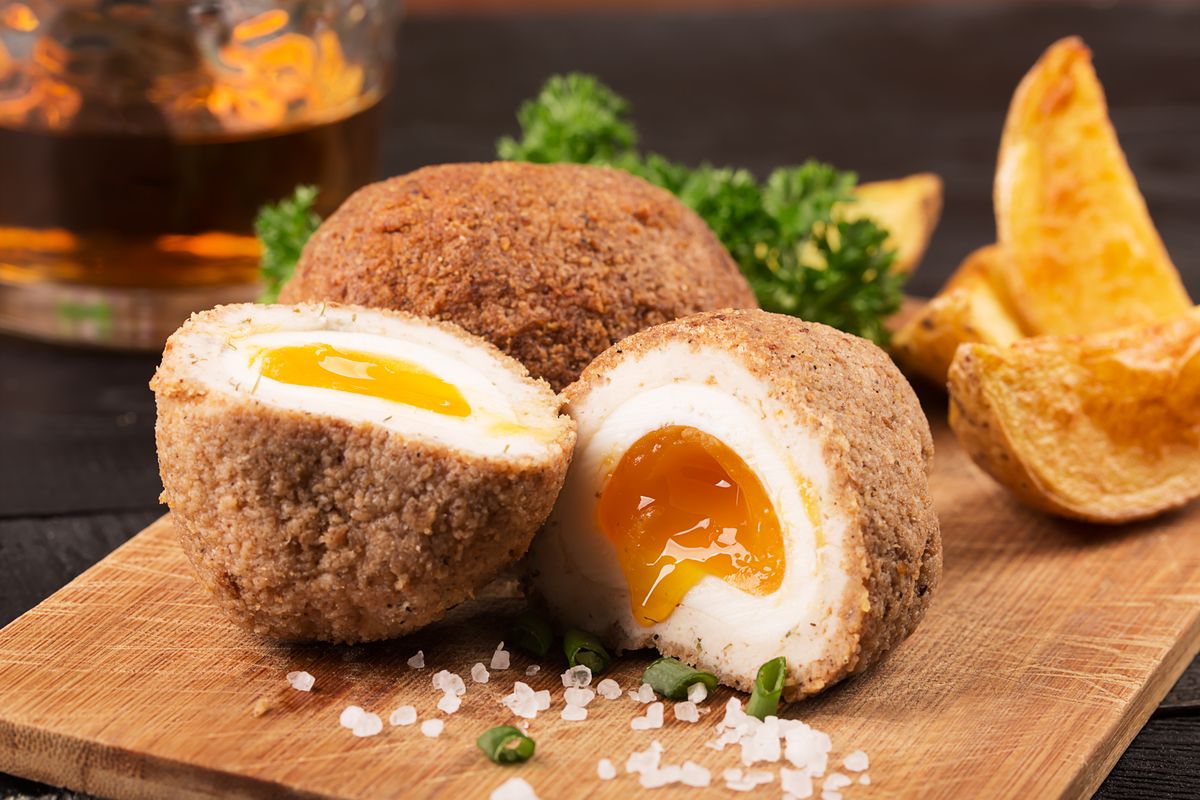 Scotch eggs are a typical product of English cuisine, perfect if you are looking for delicious appetizers to bring to the table.

To the detriment of the name which literally translated means Scottish eggs, it seems that scotch eggs originated in England . This seems to be the only certain fact because many contend for the authorship of the recipe. There are those who claim that they were invented in 1738 at the London department store of Fortnum & Mason and those who place them in Whitby , Yorkshire, around the nineteenth century.

Beyond the usual historical disputes, this Scottish appetizer is always prepared in the same way: hardened chicken or quail eggs covered with meat and then fried . As you know by now, what matters to us is the substance and we are here today to share this tasty English recipe with us.

How to prepare the scotch egg recipe

There are so many delicious recipes, but few are as good as this one. However, we recommend that you also try the fried stuffed mozzarella , since you have heated the oil why waste it?

It would be better to consume freshly made scotch eggs however if you have any leftover you can keep them in the refrigerator for a couple of days and reheat them in the oven before consuming them.