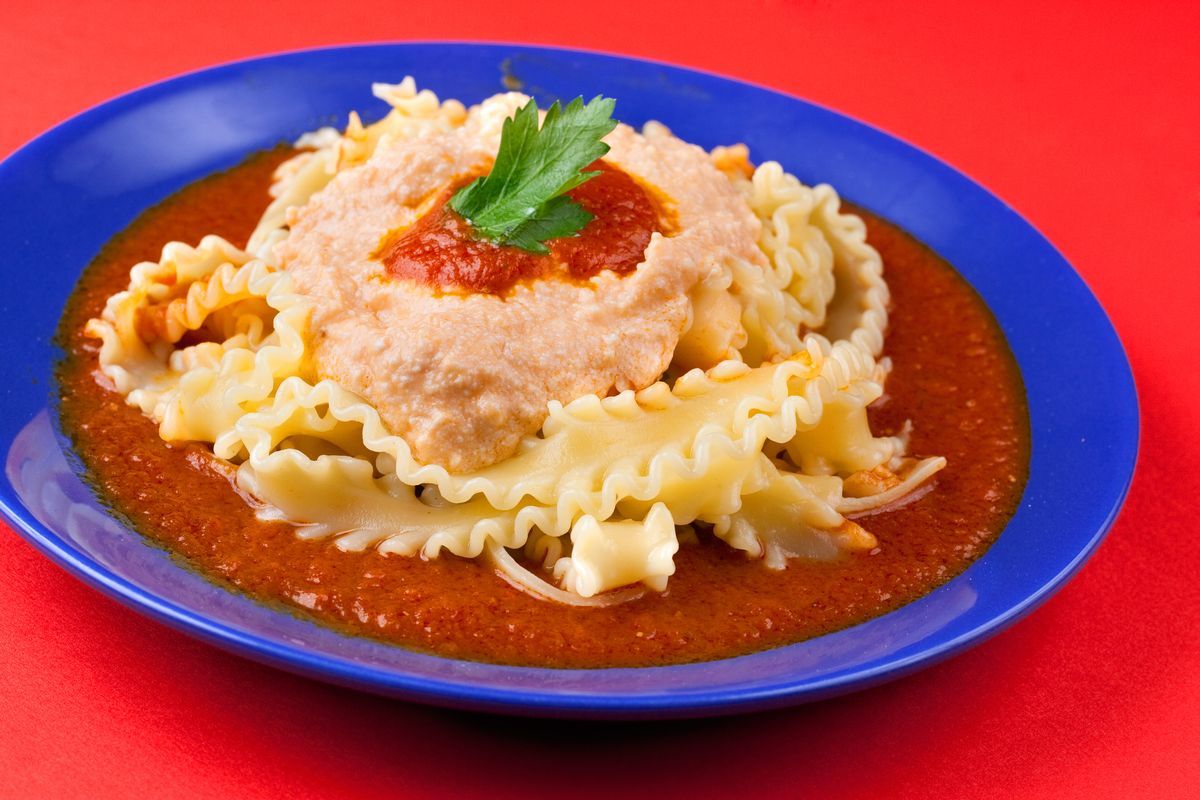 That of manfredi with ricotta is a Neapolitan recipe and linked to a long history. Prepared with sauce and buffalo ricotta, they are a really greedy first course.

The recipe from Campania and fast of manfredi with ricotta always manages to conquer everyone. It is a first course full of flavors, despite its simplicity. The original recipe was born several centuries ago, in honor of King Manfredi of Sicily ; its history, however, we will explain later, after the preparation of this typical product.

Originally, it was presented in white. To date, tomato sauce or ragù is added. Unmissable, as the name suggests, is buffalo ricotta which enriches the flavor and makes the sauce more velvety. The main feature of the dish is the pasta, very similar to mafaldine. Curled at the edges and long, the manfredi differ because they are narrower. As per tradition, this recipe continues to be typical of the Carnival period, but also widely prepared for Sunday.

Preparation for the recipe of manfredi with ricotta

The origins of the manfredi with ricotta

A long history is linked to this first course. According to tradition, it was invented around 1250 , in honor of the king of Sicily, Manfred of Swabia . In that year, the sovereign arrived in the Neapolitan city to conquer the dominance of southern Italy, during the period of war with the Papacy.

A city cook would have presented this recipe to curry favor with the king. The dish was so appreciated that it gained notoriety throughout the territory and became a symbol of the Carnival festivity and a typical Sunday dish. Subsequently, it began to be prepared in Naples also on the occasion of the day of Santo Stefano . Initially, the recipe did not include tomatoes , but was made only with ricotta. Later, the sauce was added, to make it more delicious. In a few years, it became one of the symbolic recipes of the Neapolitan city .

Manfredi with ricotta are excellent if eaten at the moment . Avoid storing them for too long. At the most, you can keep them covered to eat them in the evening or the next day, warming them up when needed.

We remain in the Neapolitan tradition to recommend the recipe for peasant bread !