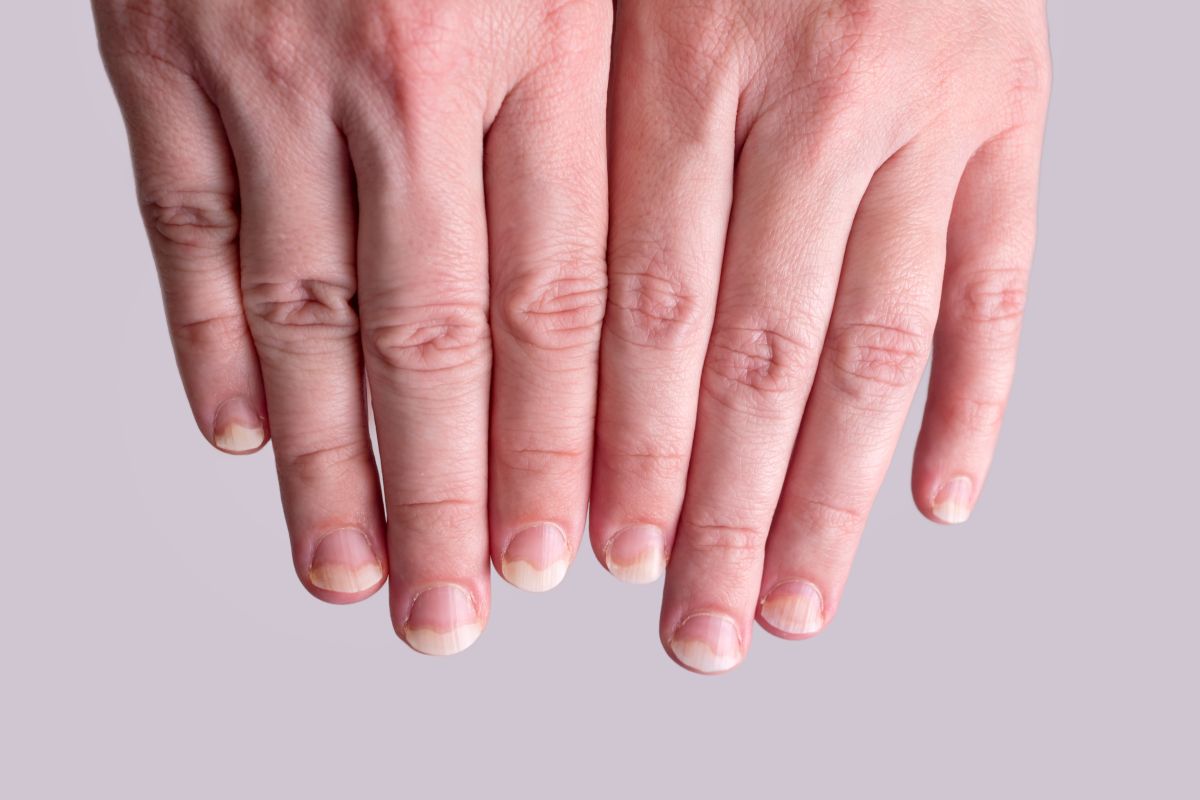 Nail psoriasis is an anti-inflammatory disease that can strike at any age and is good to learn to recognize.

When we talk about nail psoriasis, we mean a form of psoriasis that can affect both toenails and toenails. Since we are dealing with nail psoriasis, we are therefore faced with an anti-inflammatory disease about which little is known. However, it is thought that at the origin there are several factors such as genes , the environment in which we live, the immune system, etc …

Psoriasis can involve different parts of the body. There is, for example, nail psoriasis as well as toenail psoriasis.

Often the appearance in these places can be the beginning of the manifestation of the disease . In other cases it can also indicate the presence of psoriatic arthritis, a disease that also involves the joints and which is one of the autoimmune diseases.

For this reason, when you have nail problems (of any kind) it is always good not to waste time and ask your doctor for an opinion. In this way, in fact, you can immediately go back to the problem and start treatment when it has not yet become important.

When it occurs, nail psoriasis does so in the form of mycosis, thickening of the nail plate, transverse grooves on the nails, and yellow or pink spots . In any case, there is a compromise in the appearance of the nails which can also become important, creating various discomforts.

Going to the treatments, among the most used drugs there are keratolytic ones and those based on salicylic acid, vitamin D and other substances. For the more advanced or aggressive forms, the doctor may opt for immunosuppressive drugs instead.

During the treatment it is however recommended to follow some rules such as no smoking, avoiding alcohol and exposure to the sun , leading a less stressful life, sleeping and eating well and using emollient creams for the nails.

In this way and with the right treatment you can reduce the problem and understand what is most effective for your person. Furthermore, you will avoid worsening your condition. Although you can often experience periods when psoriasis seems to disappear, without a cure, it will always tend to reappear.