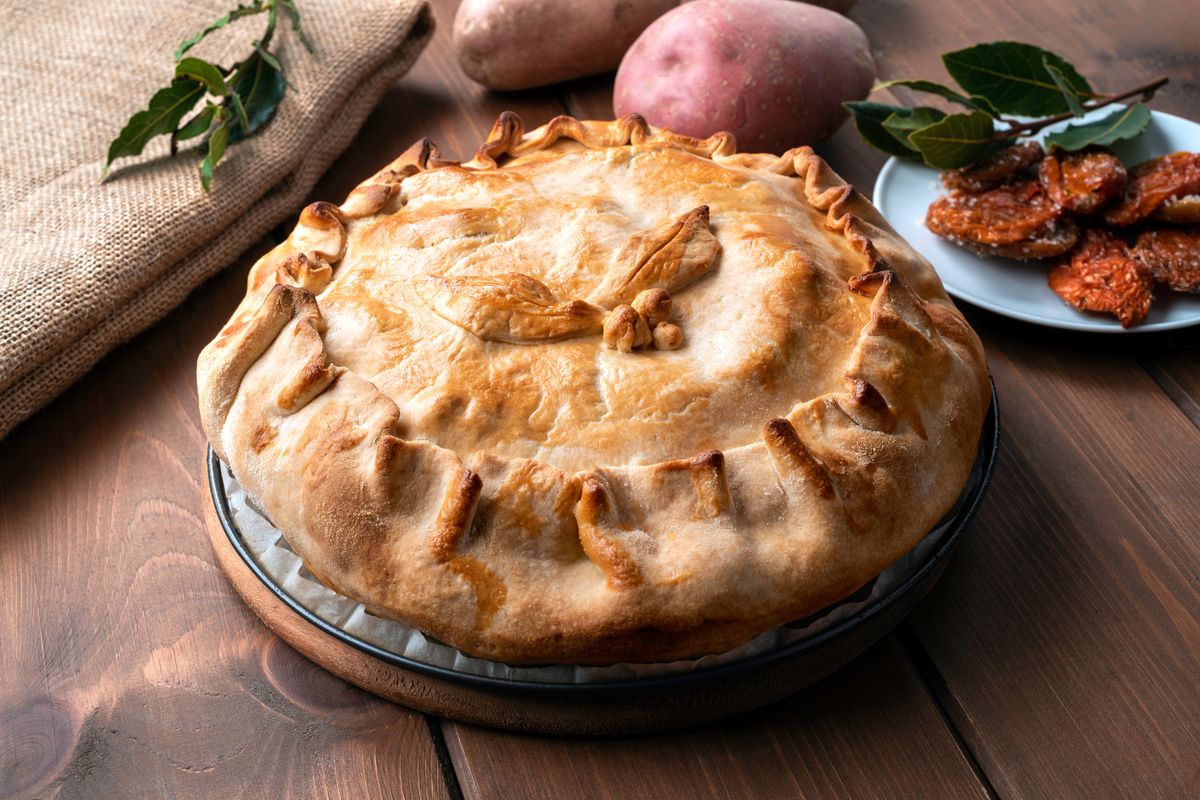 The panada of eels from Asseminese is a typical Sardinian recipe whose preparation recalls that of the classic panada.

Panada di eels is a typical product of Sardinian cuisine. At sight it resembles a savory pie whose dough is prepared with lard and re-milled semolina. As for the filling, on the other hand, the undisputed protagonists of the Sardinian panada are eels to which potatoes and dried tomatoes are added.

This Sardinian preparation is typical of the Christmas holidays but now it is not uncommon to find it also at other times of the year. We will discover how to prepare it with the traditional recipe of Assemini, a town on the outskirts of Cagliari, that is, by inserting the raw filling , just like in the most famous lamb panada. The characteristic of the Sardinian panada is that it is closed with a cord decoration called su bai e torra (come and go).

How to prepare the eel panada recipe

As mentioned, there is another version of the dish, the Sardinian lamb panada . Try them both to decide which one is your favorite.

The panada can be kept in the refrigerator for 2-3 days . We advise you to consume it at room temperature.