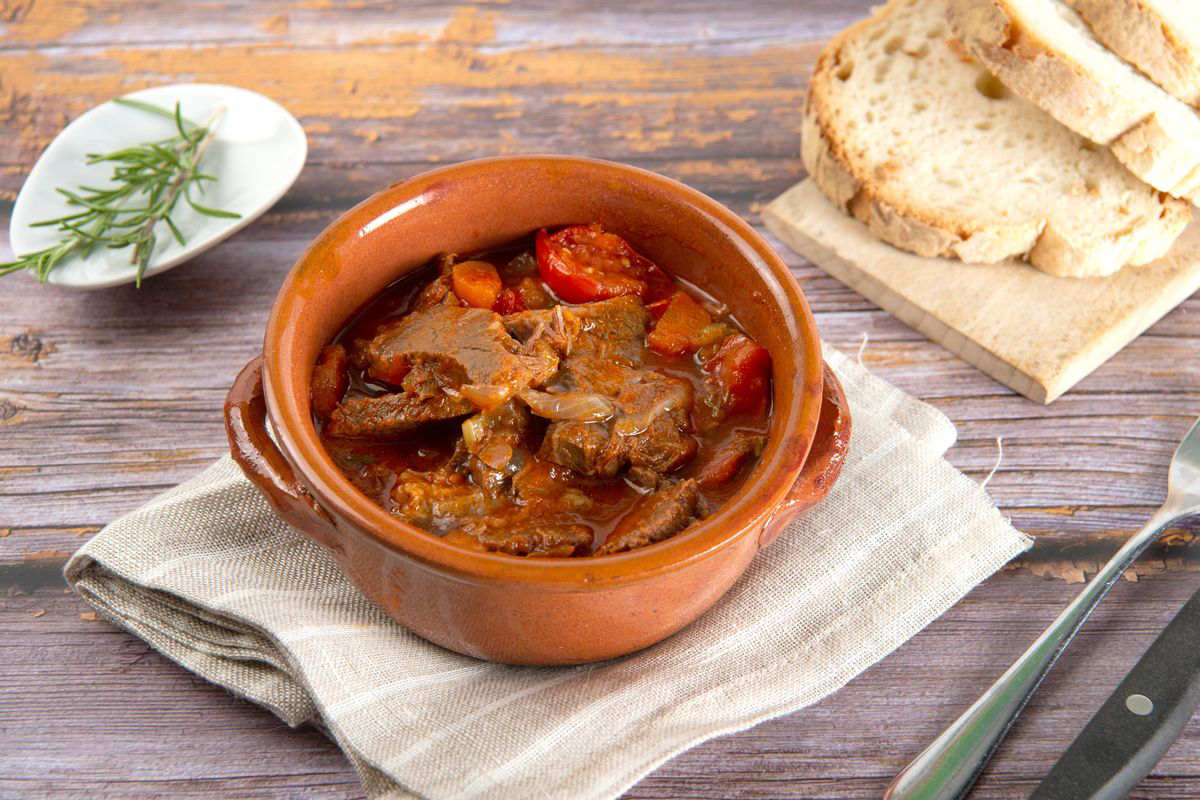 Boiled meat alla picchiapò is a typical product of Roman cuisine prepared with leftover boiled meat, tomato and onions. Here is the recipe!

Italian cuisine is mostly rich in poor and recovered recipes , a sign of a peasant past made up of hardships. In recent years, however, there has been a growing revaluation of these dishes, as in the case of boiled meat at picchiapò. This Roman recipe was born from the need to reuse the meat used for the preparation of the broth, the boiled in fact, too hard to be consumed in the traditional way.

It was then decided to add onions and tomato sauce thus obtaining a tasty second course which, in the richer variants, also includes the addition of potatoes. Perfect as a main course, the picchiapò does not require long cooking times. As for the origin of the name instead, there are different currents of thought: according to some it derives from the custom of beating the meat on the cutting board to make it more tender, according to others it refers to a carnival mask known as Bicchiapò or to the protagonist. of a fable by Trilussa. But let’s find out all the steps to make it happen.

How to prepare the recipe for boiled meat alla picchiapò

Another way to enjoy boiled meat is to accompany it with green sauce , prepared following the traditional Piedmontese recipe.

Boiled beef with picciapò can be kept in the refrigerator for a couple of days . Our advice, however, is to consume it as soon as it is done to prevent the meat from hardening further.