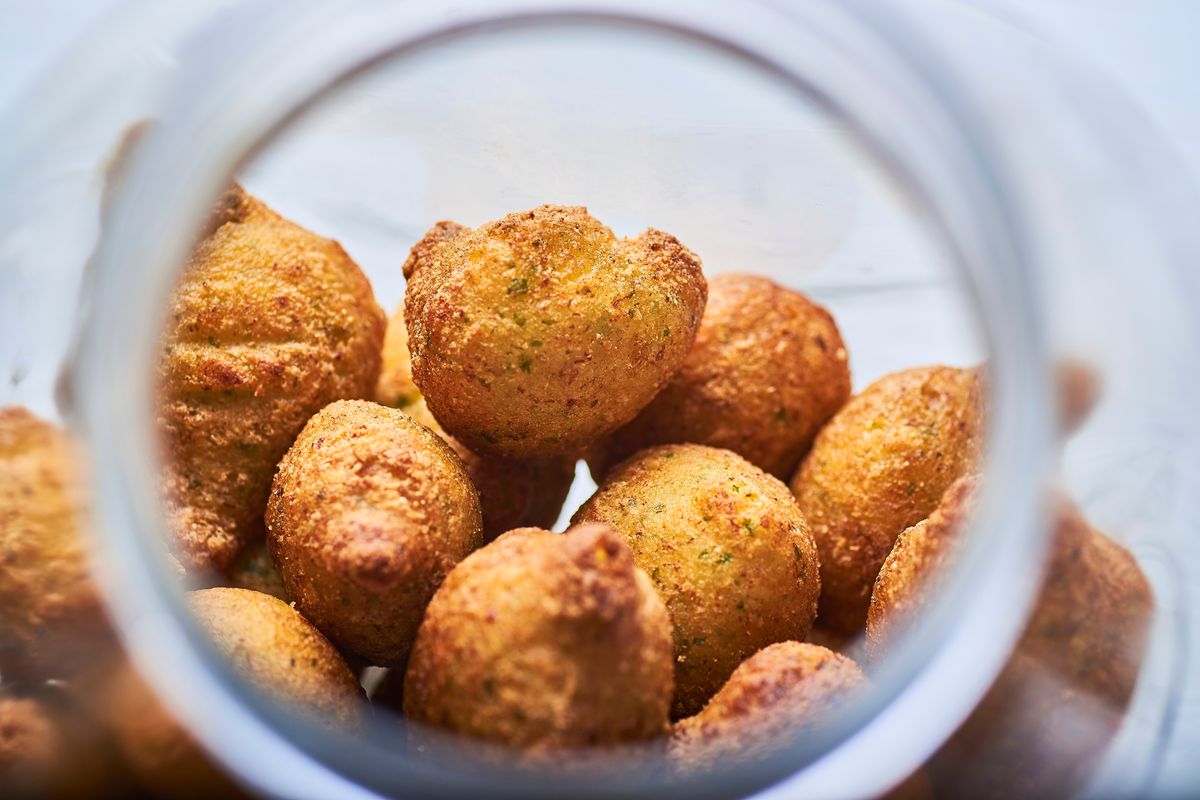 San Martino fritters with raisins and fennel seeds are really easy to prepare. Here's how we do them.

You know the old pancakes, those prepared by the skilled hands of grandmother ? Here, after looking for them for a long time, we found them: they are the fritters of San Martino, a typical Sicilian product also known as sfinci or sfincitelle . The fritters of San Martino with the original recipe are very simple to prepare: flour, water, sugar and yeast as well as raisins and fennel seeds will suffice.

Like all traditional recipes, however, there are also variations in this case. For example, there are those who prepare them naturally and those who still add apples instead of raisins. Not to mention the savory version, perfect to serve as an appetizer. The important thing is that you do not forget to prepare them for 11 November , the day on which the saint is celebrated on the calendar.

How to prepare the recipe for San Martino pancakes

The Sicilian zeppole di San Martino are a typical specialty of the island. To celebrate San Martino, however, there is also another dessert that you should try, they are simple but delicious cookies .

As you know by now, fried foods should be eaten at the moment and San Martino fritters are certainly no exception.